Indie developer Gutter Arcade has announced that their 2-4 player action platform fighter, Knight Club, will be available to everyone, completely free of charge, on the 30th August.  All gamers need to do to get their hands on it is sign up for the mailing list over at www.gutterarcade.com.  An announcement trailer has been released and can be seen below… 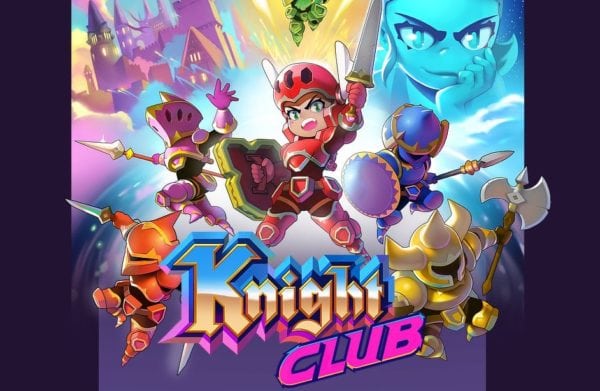 This 2-4 player action fighting platformer will see players fight it out with their opponents to see who is the last knight left standing.  The game features simple controls yet has a ton of mechanical depth.

Knight Club provides players with a good amount of variety with a selection of nine playable Knights such as the virtuous Penelope, the loveable idiot Horace or the dexterous amphibian Gil and a choice from 4 different and unique weapons.  There’s a variety of game modes to play through including 2v2 King of the Hill, Party Mode, the Royalty game mode or the good old fashioned Versus Mode.  These game modes can be played locally or even online with up to 3 other friends.

Knight Club will be available for free from 30th August.  Be sure to join the mailing list to get your code.