DC Comics’ crossover series Injustice vs He-Man and the Masters of the Universe continues this Wednesday with the release of the second issue; check out a preview here… 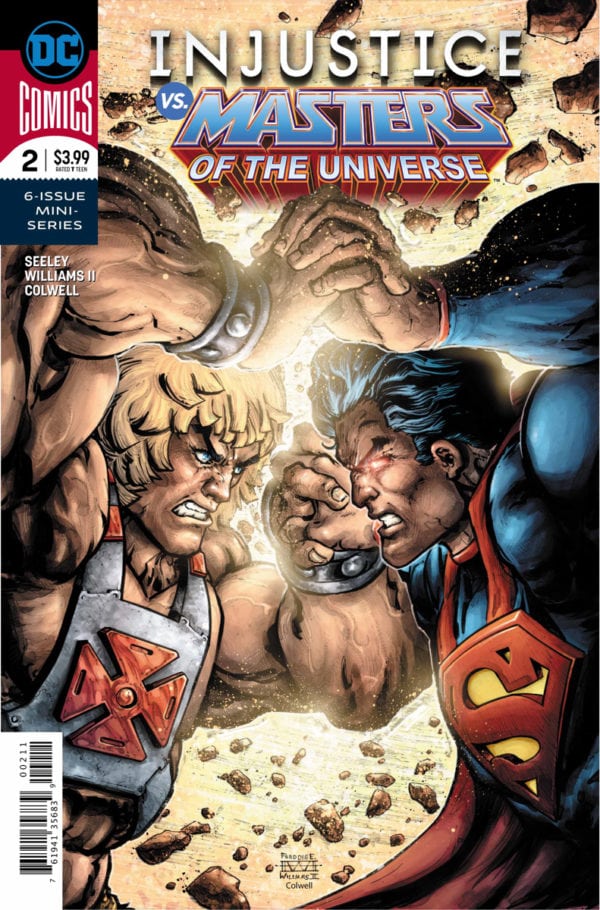 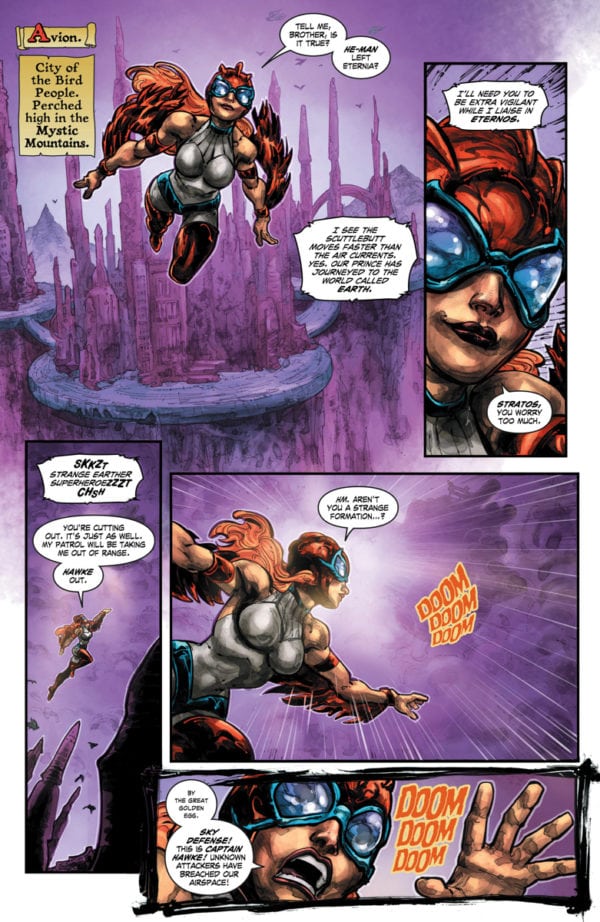 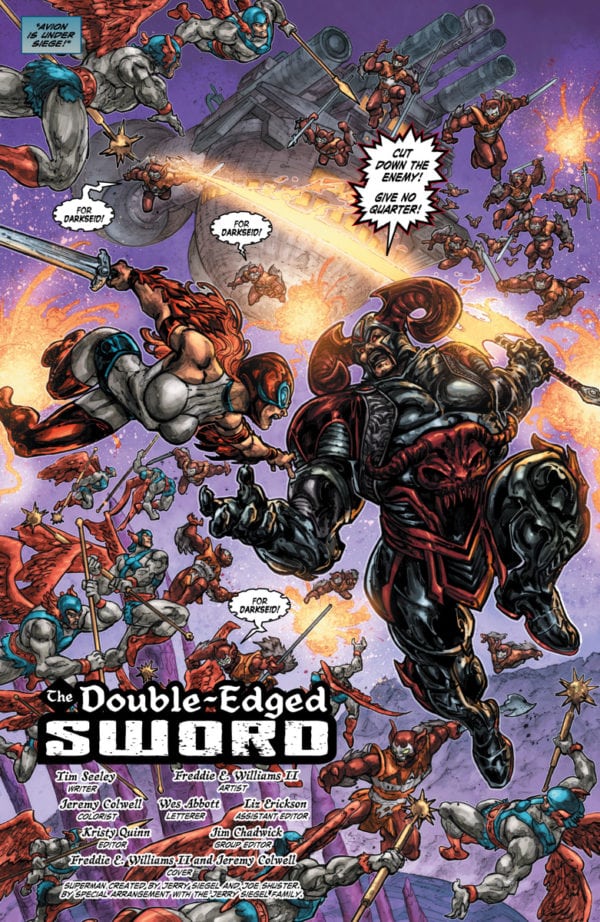 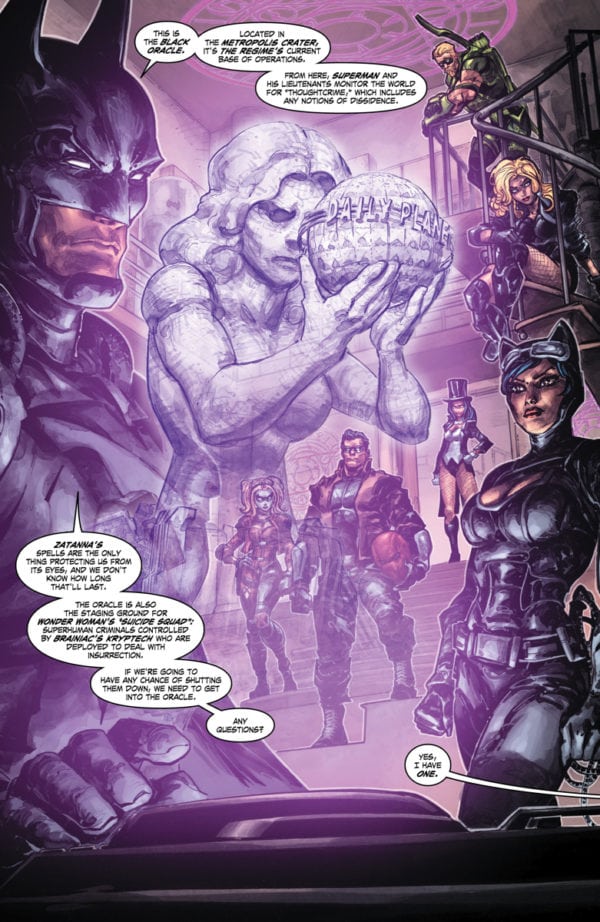 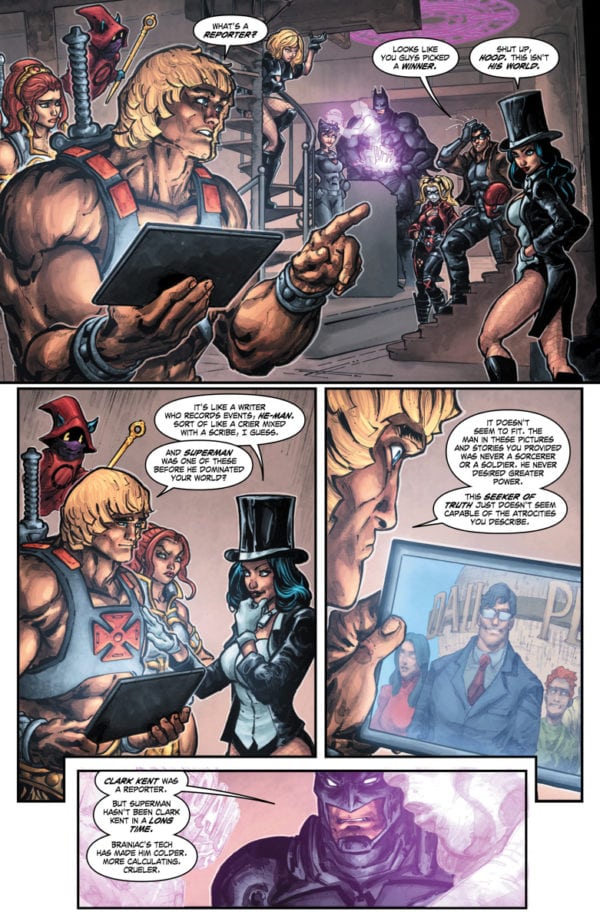 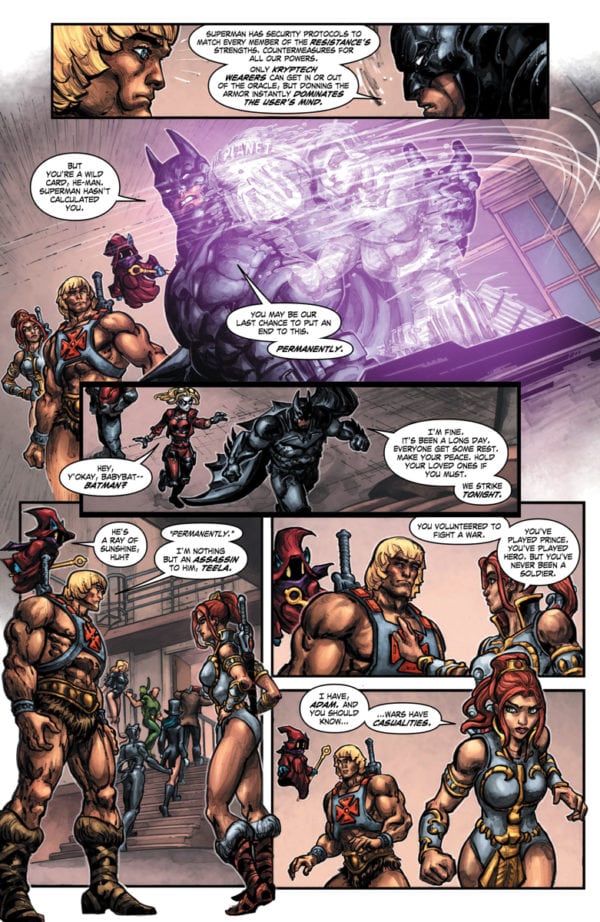 He-Man has come to his mother’s home-world to save it from a despotic ruler: Superman! As Batman plans an invasion of the Oracle to stop their suicide squads from terrorizing the populace, He-Man wanders an Earth city (in disguise) hoping to understand more of the difficulty they’ll face. Meanwhile, back on Eternia, Zatanna and Swamp Thing are horrified to discover that someone else from their universe has crossed over!