Angela Kang, the new showrunner on The Walking Dead, has described the changes in Maggie’s future for season nine. 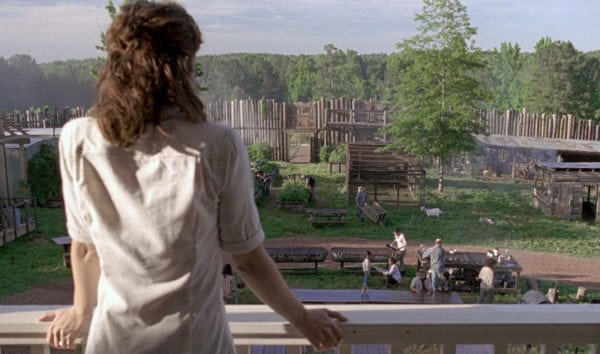 Season nine of The Walking Dead is going to ring in changes like no other season before it, especially thanks to the pending departures of Rick Grimes and Maggie Rhee, and a fascinating time jump.

Maggie is going to see plenty of changes of her own when we catch up with her, and new showrunner, Angela Kang, has revealed to AMC about what that will look like (along with some new photos):

“Here, we’re seeing a new look for both Maggie and the Hilltop. The most obvious change for Maggie is that her hair has grown out, but she’s also standing on the balcony of the Barrington House as if it’s home (which it is now), looking out at her thriving community, where we see several new elements within the walls. Comic book readers might recognize the communal tables and picnic area on the lawn below Maggie. To the left, we can catch a glimpse of the row of trailers, and the edge of a new structure attached to them. There’s a water tower… a gate is open to the outside. And there’s a goat!

“This is all part of the story of how much time has passed and the type of leader Maggie is and how Hilltop is doing relative to the other communities. (Oh, and the style of her shirt is a nod to Maggie in the comics at this stage of the story!)”

SEE ALSO: The Walking Dead cast tell fans what to expect from season 9

Are you looking forward to the changes coming to The Walking Dead? And what do you make of the little nods to the comics mentioned above? 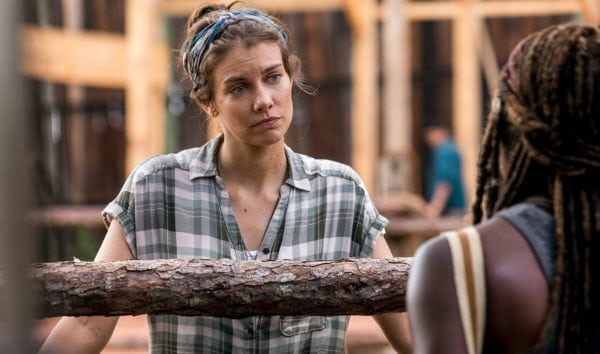