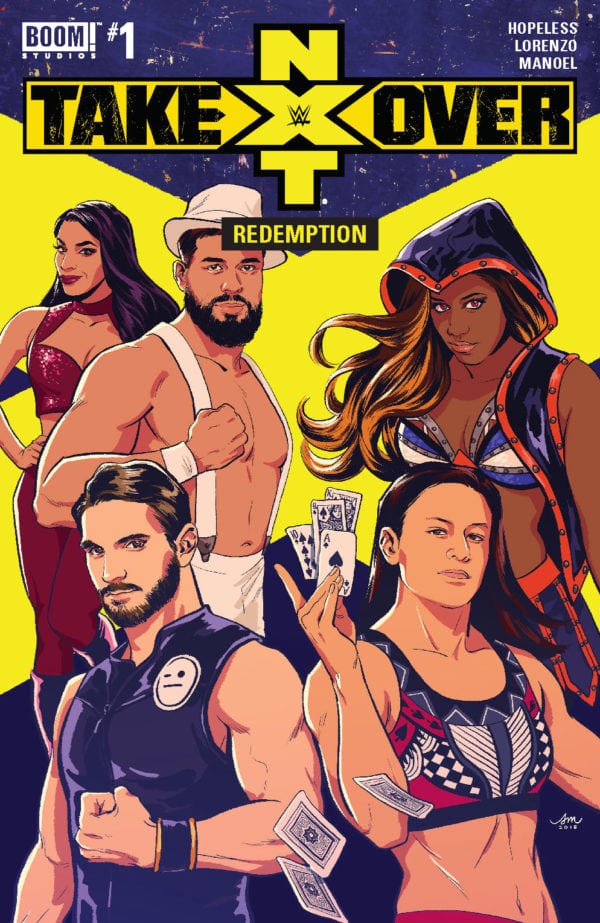 Written by series regular Dennis Hopeless and illustrated by a returning Rodrigo Lorenzo, the comic documents Aleister Black’s career in NXT, starting with his debut in the company and finishing just after he dropped the NXT title belt to current NXT champion, Tommaso Ciampa, effectively bringing us up right up to today in terms of his story.

Like a lot of the WWE’s darker characters, Aleister Black lends himself to the pages of a comic book perfectly. His mysterious persona allows for Hopeless to provide some excellent dialogue, and Rodrigo Lorenzo, who has so often impressed with his work for Boom! Studios, does an excellent job at bringing Black and the elements of his character to life. Black looks excellent throughout the comic, as do the rest of the wrestlers. The in-ring action is also crisp and well drawn. One issue I have taken with the first few NXT comics has been the inconsistency with the art-work, but there is no issue with that here. Lorenzo is up there with Serg Acuna as one of Boom! Studios best artists.

As for Hopeless, he has been the biggest consistency during this series, and he excels once again here, doing an excellent job of adding extra dimensions to the pre-established story told by the WWE. Black is one of the brand’s more complex and intriguing characters, and Hopeless has done an excellent job at painting him as the misfit of the NXT brand.

Boom! Studios’ venture into the wonderful world of NXT has delivered some excellent results so far, and this is their strongest outing yet. It looks as though this will be the last we will see from NXT for a while, but fingers crossed the company decides to take another journey down to Full Sail in the near future.