Red Stewart chats with Sophie Grace about Terror in the Woods… 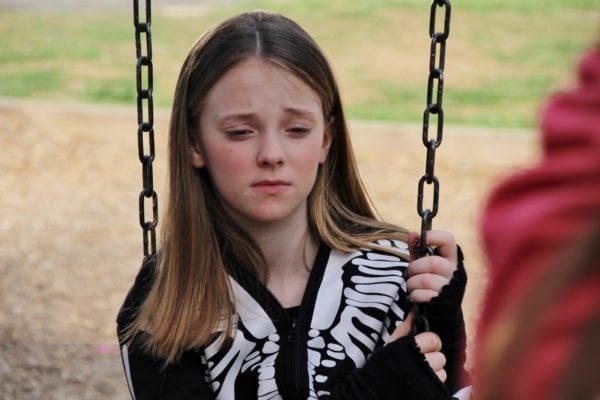 Sophie Grace is an American actress who has been in the film and television industries since the late-2010s. She recently starred in the Lifetime movie Terror in the Woods, which is set to premiere on the channel worldwide on October 14th.

Flickering Myth had the privilege to interview her, and I in turn had the honor to conduct it:

Terror in the Woods is obviously inspired by the real-life Slender Man stabbing, which also resulted in a fictional film adaptation getting released last August called the eponymous Slender Man. Given the close release date, did you have any fears going in to this project that people would brush it off as a clone, kind of like what happened with White House Down after Olympus Has Fallen came out?

I haven’t seen the Slender Man movie, but my understanding is that it’s about a scary monster that hurts people, more of a horror film. Terror in the Woods is really a drama. It looks at how something as simple as a made-up creature on the Internet could influence already confused young minds, even driving them to do terrible things. It’s inspired by true events and several different monsters, including Slender Man.

In the press release, it was revealed that you wanted to get to the bottom of your character’s (Kaitlyn’s) psychiatric disorders in order to give a fair portrayal of a complex person. I admire that, but given that the perpetrators of the real life crime are minors and currently being treated, there isn’t too much information about them. Because of these obstacles, what steps did you take as an actress to find Kaitlyn’s mindset?

I researched! All those times in school when my teachers taught me how to research a topic really paid off! I spent a lot of time on the Internet watching all kinds of scary videos and I honestly can say I got scared and had nightmares. So that helped me understand why Kaitlyn was so scared of the Suzerain monster. I also read whatever I could find on young people and mental illness. There’s a book by Joanne Greenberg about a teenage girl living with schizophrenia called I Never Promised You a Rose Garden, and that really helped me understand the struggles of not knowing what is real and what is fantasy, something Kaitlyn deals with. 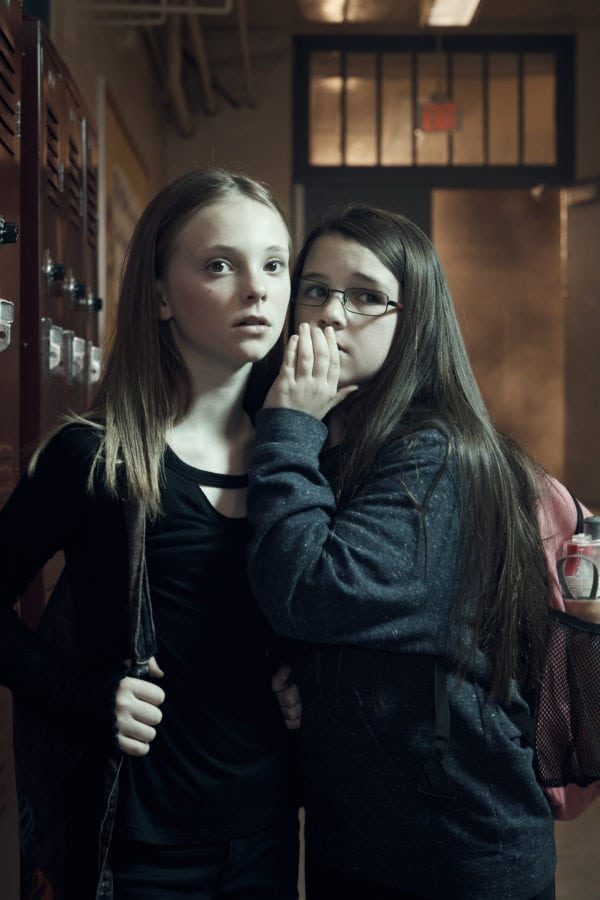 I also understand that Terror in the Woods is your first feature film. Congratulations on this achievement! However, this is a very morbid story that will presumably be treated seriously by the filmmakers. Did you have any trepidation about taking on a role like this? We’ve heard from actors like Robert Downey Jr. that doing darker acting parts can have an effect on a person.

Thank you! It was intimidating at first. I wondered if I would be able to honestly portray someone so complicated. She’s sick but also does this bad thing. As an actor though, Kaitlyn was very interesting because she had such depth and layers to explore.

Yes, we were serious about making sure we told this story well, but because I met my best friends on the set and we were always together and were having fun, it balanced everything out. We didn’t really have time to be overwhelmed emotionally.

What was it like developing your character’s interactions with your cast members? You have her best friend/co-conspirator, you have her parents, and of course you have the relationship with the victim. These are three completely different faces she’s putting on depending on the situation as she’s alternating between being herself versus having on a mask to hide her sociopathic intentions.

I never thought about Kaitlyn having a mask although maybe she did with her mom. She was honest with her dad and she started to really show her best friend that she was having trouble with what was real and what wasn’t. Kaitlyn was quite vulnerable at times. I sometimes felt sorry for her. I think she was upset with her friend that became the victim. She wanted her to believe in the Suzerain and was so confused and scared when her friend didn’t. It was easy to slip out of those emotions, though, because my cast mates are my real best friends.

The Internet is often held in contempt by parents because it does hold a lot of real dangers behind a wall of anonymity- predators, scam artists, black hats, the list goes on. But, even with those, the Slender Man stabbings were sort of like a Columbine 2.0 in that it was a real wake-up call to the world that online stories can have a huge impact on an individual. After doing this movie, what’s your takeaway about the nature of the Internet?

That my mom is always right! Seriously, though the Internet is fun. My parents have always had rules about what sites we are allowed to go on and we have the computer set up in the family room area or kitchen. Everyone can see and hear what you are doing when you are on the computer. Now I understand why that is a rule.

Flickering Myth would like to thank Ms. Grace for talking with us. Terror in the Woods will premiere worldwide on the Lifetime channel on October 14th.

Special thanks to Steve Rohr of Lexicon Public Relations for making this interview possible.