Some people may not know his name, but they have certainly heard the voice of Jim Cummings in countless animated series. From Winnie the Pooh, Darkwing Duck, The Little Mermaid and even Star Wars: The Clone Wars and Rebels, Cummings has had an extensive career in voice acting and even reprised the voices of Pooh and Tigger for the live-action film Christopher Robin starring Ewan McGregor. Over the course of the Fan Expo convention, Cummings held a panel with fans and looked back on his long career, discussing what some of his favourite voices are, how he was originally not playing Tigger in Christopher Robin and whether or not there will be a Darkwing Duck reboot. He began by reflecting on the beginnings of his career, telling the crowd “I didn’t know voice acting was impossible to break into. I didn’t know and I was to stupid that I just accidentally came in through the side door. It was great. Back then I knew I always wanted to do this since I was 4 doing dolphin noises in the back of the room and getting yelled at. I shopped around my demo tape and gave it to a couple people. It was about six weeks and then I got a call from Frank Grant and he and Caroline Hay were gearing up to do Dumbo’s Circus on Disney Channel. Disney Channel was just starting up and apparently they’re doing well! So you’re welcome Disney.”

Of course, perhaps his most famous voice is that of the bear from the Hundred Acre Woods, Winnie the Pooh. Cummings took over the role in 1987 and has voiced him since in various cartoons and animated films. “Back then it had been 20 years since Pooh was around in the 60s with the two or three shorts they put together, but he hadn’t been around for a while by then, Cummings said. “ABC and Disney were separate companies then and they said ‘You remember that bear? Let’s do something with that bear’. They put out a regular casting call and I went in and thought I nailed Eeyore. Had to settle for Pooh and Tigger. It worked out and I thought it was going to be a really cool job. My little brother was actually a big Winnie the Pooh fan and I used to say to him ‘You know his name is Pooh. The h on the end isn’t fooling anyone’ and now I’m, well…” He shrugged his hands up and laughed at having to eat his own words to his brother. 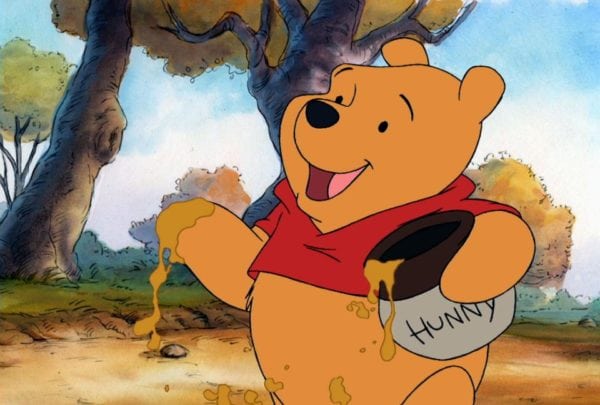 Cummings, of course, got to reprise his role as Pooh in this year’s live-action Christopher Robin, where an adult Christopher who has lost his sense of imagination and play, putting new stresses on his wife and daughter, comes back into contact with Pooh and the gang from the Hundred Acre Woods. Together, they help Christopher regain that fun-loving spirit and realize what’s important in life.

“I thought it was great,” Cummings said of the film. “When we first talked about it a couple years ago I told them I thought it’d be fun. Actually, one of the things I was worried about is a lot of times when they do an animated feature or a live action thing, I was waiting to hear something like ‘Russel Crowe is Winnie the Pooh’. I don’t know, I’m glad they let me in it.” It is very often studios seek out an A-list actor to provide their voice for an animated film rather than a more experienced voice actor. Thankfully Disney wisely cast Cummings again for the film, but that wasn’t originally the case with Tigger, another voice he has worked on for nearly just as long as Pooh, as Chris O’Dowd (Bridesmaids) was cast instead.

“He’s a nice fella and great actor,” Cummings said of O’Dowd’s casting. “I think they showed it to some target audiences and focus groups. I’m sure he was great, he just sounded different. That was all. Different personality. I can’t explain it. What’s funny is Chris O’Dowd is a great actor, I dig him, he’s a really cool dude!” 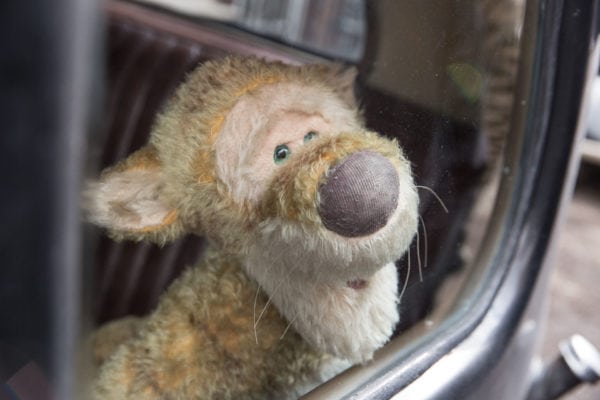 When the panel opened up to audience questions, Cummings answered a question that hadn’t even been asked yet just to get it out of the way because he knew it would be asked: which voices and/or characters were his favourite to play. “Pooh and Tigger are up at the top and in their category. Then Darkwing Duck and then definitely Ray from Princess and the Frog. That one is very near and dear to my heart. And Hondo Ohnaka from Star Wars.”

Though Cummings is known for most of his good guy roles, there have been times where he’s played or even sung for a villain role. Opening up about some of his favourite villains, Cummings said “Villains can be a lot of fun. Robotnick [from the 90s Sonic The Hedgehog series] had a pretty good time. Pete [from Goof Troop] is not really a villain, but he provides a lot of friction. I sing for a lot of villains, like Scar in Lion King or Anastasia. Hondo Ohnaka isn’t really a villain, right? He’s kind of a good guy. I mean, I wouldn’t play cards with him or anything like that, but he’s not really a villain.”

Some questions were, obviously, asked about Darkwing Duck, one of Disney’s most classic cartoons. The catchphrase from the show – “I am the terror that flaps in the night’ followed by some funny metaphor and then ‘I am Darkwing Duck!” – has a funny story behind as Cummings revealed he would improvise the second part of that phrase and make it different from whatever was in the script. “For the first 7 or 8 shows in – I adlib a lot and the writers tell this story too – ‘I am the terror that flaps in the night’ is the standard and the third line is always going to be ‘I am Darkwing Duck’ and I’m reading it – I never read the scripts in advance – and I blew the take because it actually says ‘I am the terror that flaps in the night. It doesn’t matter what I write here, Jim’s going to say something else’. That was pretty good.”

Of course, this also opened up the question as to whether or not Cummings would ever get to reprise the role of Darkwing Duck. Cummings did provide a cameo in an episode of the DuckTales reboot, but fans would like to see a full-on reboot of Darkwing Duck as well. “We’re not waiting on me,” Cummings said. “I think I popped into DuckTales recently. I don;t know, you guys should call them! How about that? DuckTales came back and they’re actually doing a re-doof Clone Wars so yeah, we’re not waiting on me!” 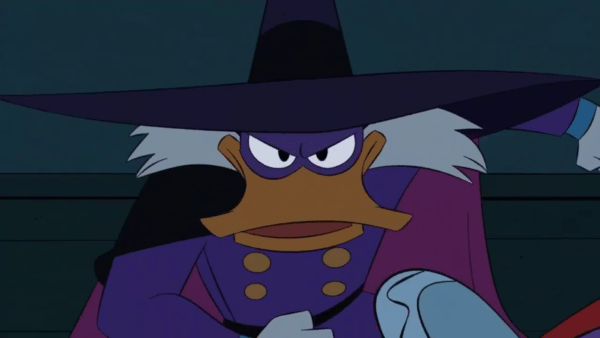 What have some of your favourite Jim Cummings been? And would you want to see Darkwing Duck brought back? If so, let Disney know!