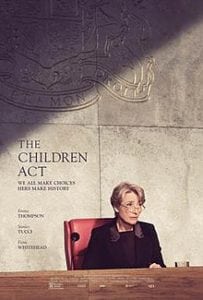 As her marriage crumbles, a judge must decide a case involving a teenage boy who is refusing a blood transfusion on religious principle. 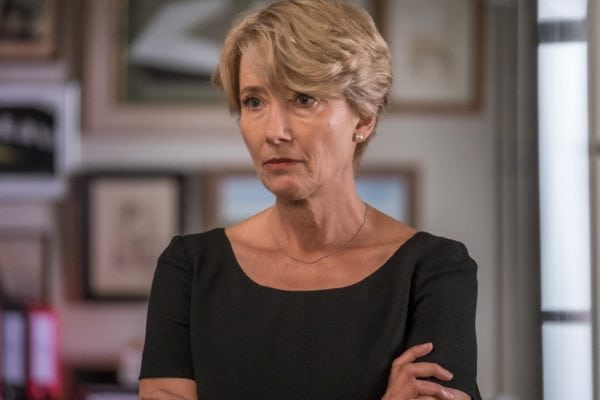 In the latest edition of “the book is probably better than the movie”, we have director Richard Eyre adapting Ian McEwan’s novel The Children Act. The novelist also pens the script here, and it becomes clear early on that the many moving parts of this story are not going to be given the time that they deserve to land with any emotional impact whatsoever. Wrestling with a host of themes ranging from faith, choice, love, and identity, all replete with subplots involving deteriorating marriages, taboo feelings developing, courtroom drama, with Emma Thompson’s Judge Fiona Maye at the center of every controversy, the film is directionless and pointless.

Essentially, she seems to specialize in cases that deal with hospitals working against families to do the morally right thing for a patient’s health whether that goes against family and/or spiritual beliefs. And right after finishing one up (a dicey ethical battle advocating killing one conjoined twin so that at least one of them will live, despite the parents wanting natural course to kill both off) husband Jack (played here by the ever-reliable Stanley Tucci, and fairly empathetically considering the somewhat selfish but understandable actions of his character) is ready to celebrate a night out on the town with his lovely wife. After all, work keeps Fiona so busy that they rarely have time for one another. To put this into perspective, Jack has it written down the last time the loving although growing distant couple has engaged in sexual intercourse. Anyway, Fiona declines, as another legal battle always, once again with the clock ticking. 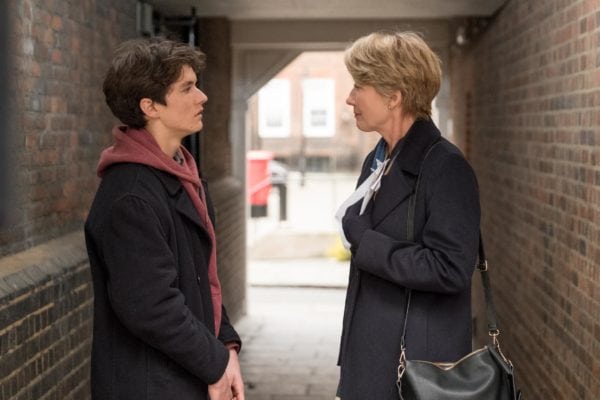 This time the life at stake is Adam Henry (Fionn Whitehead who recently appeared on the scene and impressed in Christopher Nolan’s Dunkirk), a child mere days away from becoming of legal age yet suffering from leukemia that will kill him within that same time frame unless a blood transfusion is performed. Due to certain religious beliefs that his parents have firmly ingrained into his mind, Adam himself is also against the practice, considering it impure, and is fully prepared to die for his faith. Although the case should be relatively simple (the law always favors the hospital apparently), Jack continues to feel neglected within their long-standing marriage, admitting that he is ready to have an affair if Fiona takes on the case.

If The Children Act functioned as a movie balancing this dwindling love alongside formulaic but relatively compelling courtroom drama, then it might have ended up passable. As is, the film wildly veers into unexpected territory that is better left unspoiled, so all I will say is that Adam begins to fall for Fiona and vice versa. This results in a narrative spread too thin with far too many ideas, all to the point where I’m not sure if the movie even has a point about love or faith. Putting it bluntly, the melodrama is piled on during the final act to an unbearable degree with material not even Emma Thompson can save. 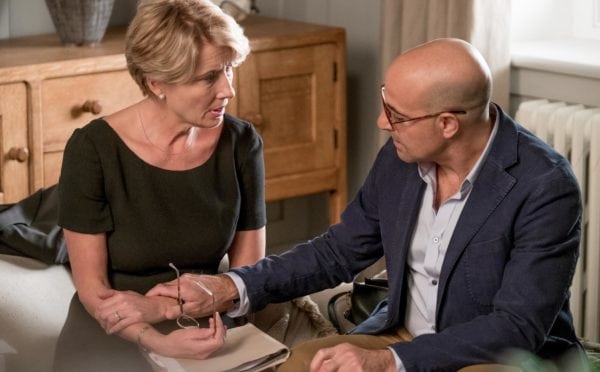 The only real saving grace of the film is how easy it is to root against these religious zealots that are comfortable with their own children dying for some false higher cause. When we are introduced to Adam (by the way, it’s a role that Fionn really gives a standout effort in alongside the impressive, sickly pale skin makeup effects to portray his life-threatening leukemia), there’s the impression that he is someone that has been manipulated and had his mind warped from a terrible upbringing that preaches religion too hard, and hideously highlights the martyrdom aspects. It won’t surprise anyone, but it’s not long before Fiona is able to get through to him, with the musical duet they share being the strongest point of the movie; unfortunately, it’s all downhill disjointed mess from their that ends on a cliché, overly emotional note. Not much of it is affecting at all, leaving only the stellar performances from the trio worthy of applause.