HOF Studios have announced that their turn-based strategy game with roguelike elements, Depth of Extinction, will release on Steam, GOG, itch.io and the Humble Store on the 27th September.  Inspired by hit titles such as XCOM 2 and FTL: Faster Than Light, Depth of Extinction will have players dive into an underwater realm to take on all manner of nasties in defence of humanity.  See more in the trailer below… 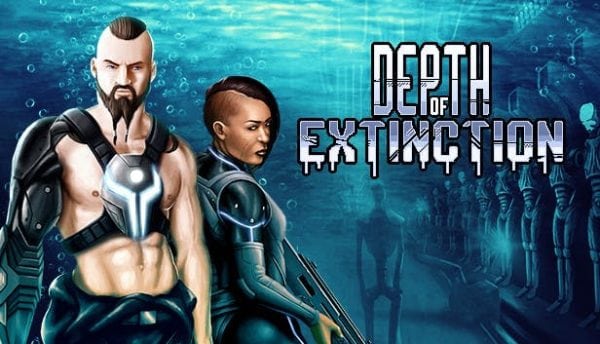 In Depth of Extinction the world underwent a cataclysmic change that saw civilisation plunged beneath the waves.  Those who survived repopulated the planet and became known as ‘Creators’, creating advanced technology to help them survive.  As the countless centuries passed the Creators faded into myth but their technology survived and is now used by a faction known as ‘The Republic’.  Unfortunately, there are other factions and dangerous machines threatening the Republic.

In order to defend the Republic, players will handpick fighters from a roster of hardened operatives and take them out into the underwater world to take on enemy factions and killer machines and seek a means for their faction to survive.

Gamers will be able to save humanity from the brink of extinction on 27th September on itch.io, GOG, the Humble Store and Steam, with the latter offering a 10% discount until 4th October.