With Hell in a Cell now in the rear-view mirror, the WWE is currently busy building towards not one, not two, but three upcoming PPV events. This leaves the company with a lot of storylines and feuds to juggle on their weekly shows. Let’s take a look at how they managed on this week’s Raw.

The Authors of Pain were revealed as Baron Corbin’s surprise tag-team partners in the main event of this week’s Raw, and the former NXT tag-team champions made the most of their time in the headline slot.

The group may have come out of the match on the losing end of things, but they gave a very good account of themselves here. Hopefully, the group continue to knock about the main-event scene, especially with the rumoured stable warfare storyline coming up at Survivor Series. 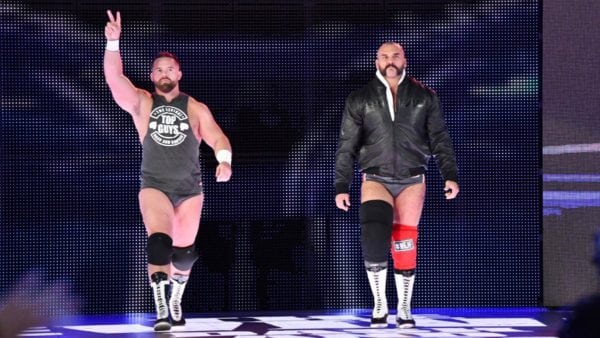 The Revival may have lost to Dolph Ziggler and Drew McIntyre on this week’s Raw but it finally felt as though the group were given the chance to show the WWE Universe exactly what they were capable of.

The group looked very impressive against the Raw tag-team champions and even earned themselves a ‘this is awesome’ chant from the crowd. Hopefully, this is the start of something special for the group on Raw. Don’t get your hopes up though, they will probably be jobbed out to Bobby Roode and Chad Gable next week.

What are the WWE doing with Finn Balor? The former Universal champion has just come out of a nothing feud with Baron Corbin, and it now looks as though he is being used to do nothing more than promote Mixed Match Challenge.

His match with Jinder Mahal was nothing more than okay, and the whole thing clearly just existed to build some hype for the match between the two teams on Mixed Match Challenge. That being said, I do enjoy seeing Balor and Bayley together, there’s such a likeable duo, and I’d have no problem with Bayley accompanying Balor to the ring in the future.

The WWE’s decision to partner Bobby Lashley up with 205 Live star, Lio Rush has been a big success so far. The 23-year-old star is excellent on the mic, and he really helps to cover up for Lashley in that area. He successfully shared a segment with two of the company’s best talkers, Owens and Elias, on this week’s show and did a good job of getting Lashley over.

Lashley himself picked up a victory over Elias in a rather amusing match, and then made the save for Rush after the final bell had rung. 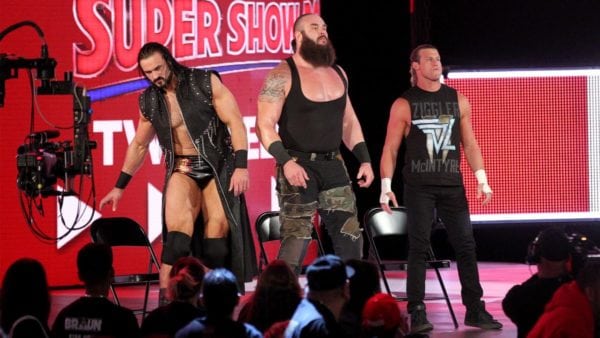 Braun Strowman didn’t wrestle on this week’s show, but he made his presence felt earlier in the night by helping to plant the seeds of doubt in Dean Ambrose’s head over his position in The Shield.

While turning Braun heel was not a popular decision, the monster among men has done an effective job in his new role so far, and his partnership with the Raw tag-team champions is beginning to feel more and more natural as the week’s go by.