Who’d have thought, at the start of 2018, that Dolph Ziggler would be playing such an important role in the main-event scene on Raw? The former Intercontinental Champion has been on fire in recent months, and he once again delivered the match of the night on this week’s show, teaming up with Drew McIntyre in a winning effort against The Revival.

The prospect of a split between the tag-team champions was also teased on this week’s Raw, and given the way they work together in the ring, a match between Drew McIntyre and Dolph Ziggler is a mouthwatering prospect.

During a backstage segment on this week’s Raw, Seth Rollins suggested to Drew McIntyre that his tag-team partner, Dolph Ziggler was using him to help him stay in the main-event scene on Raw.

While the WWE may wait some time before pulling the trigger on a split between the reigning Raw tag-team champions, their break-up feels inevitable and the whole thing looks destined to make Drew McIntyre a star on Monday nights.

The former NXT champion has been one of the brand’s MVPs over the last month, and his performance against The Revival on this week’s Raw was just another example of his incredible in-ring ability.

Dean Ambrose took centre stage on this week’s Raw, with the trio of Dolph Ziggler, Drew McIntyre and Braun Strowman attempting to convince the former WWE champion that he would be better off without The Shield.

While the whole thing could be a massive red herring, the idea of an Ambrose heel turn has been batted around for some time now, and a double turn with him and Drew McIntyre could prove to be very interesting indeed. 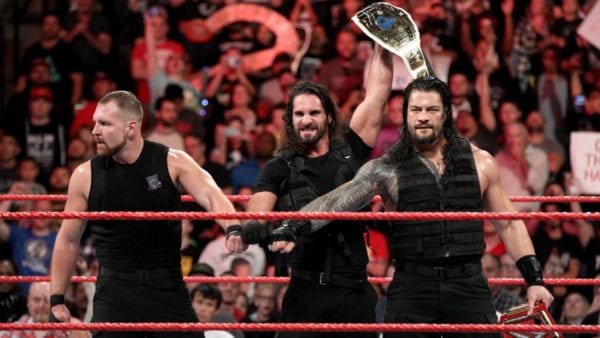 Rollins, alongside Ambrose and Reigns, is on fire right now and has easily been the main roster’s most consistent throughout 2018. He continued that hot streak last night, putting in a solid performance in the night’s main event match, a six-man tag-team match pitting The Shield against The Authors of Pain and Baron Corbin.

While it’s a shame to see the Intercontinental title take a backseat, I’ve got a feeling we could be seeing Rollins putting his title on the line against Dean Ambrose in the very near future. 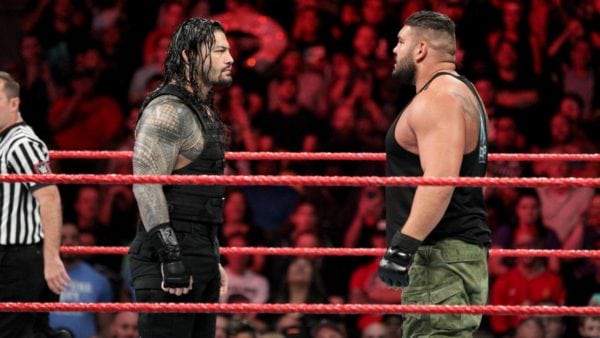 Whether you like him or not, there is no denying that the Universal title feels a lot more important now that it is around the waist of Roman Reigns.

Reigns has been excellent as champion so far, and the belt feels more relevant now than it has ever been. While there is an argument to be made that Reigns is only doing as well as he is because of The Shield, it would be doing him a disservice to argue that he hasn’t played his part over the last month or so. Reigns picked up the win for his team on this week’s Raw, and looked great in the match as well. Roll on his next title defence against Brock Lesnar and Braun Strowman in Saudi Arabia.