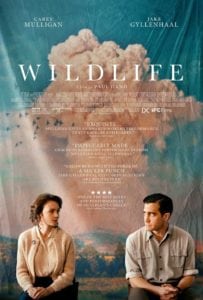 As a forest fire rages through rural America, Joe Brinson (Ed Oxenbould) must watch his parent’s relationship start to crumble, with his father (Jake Gyllenhaal) struggling to find work, and his mother (Carey Mulligan) becoming increasingly isolated from her family and the expectations placed upon her by conventional thinking. 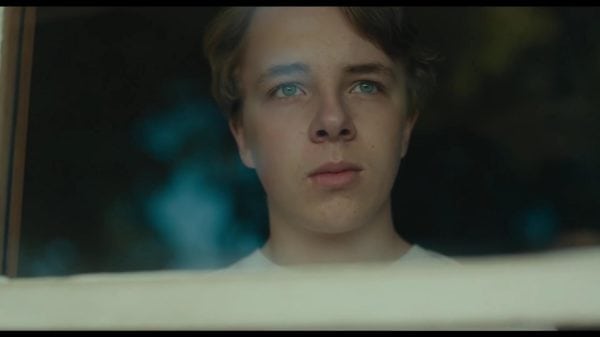 For his directorial debut, Paul Dano opts for a dose of the familiar with Wildlife, by travelling back to the 50s and peering through the small window of the humble dwellings of the Brinson family, a tiny unit whose problems begin to spread like the forest fire backdrop that their intimate drama plays out against.

Essentially another This Boy’s Life tale of familial strife, we get to experience it through the eyes of The Visit‘s Ed Oxenbould, who’s so impressive as the face upon which Dano’s camera often lingers, during both moments of happiness, such as his parents sharing a tender moment whilst doing the dishes, or the pain when witnessing his mother’s infidelity. It’s a performance perfectly in sync with a movie brimming with so much unspoken truth and insidious heartache.

Also thriving in the silence is Gyllenhaal, here playing a different kind of dark-around-the-eyes character than the ones we’re used to. As someone intent on proving himself a ‘man’ before ‘father’, his is a quiet, affecting turn. 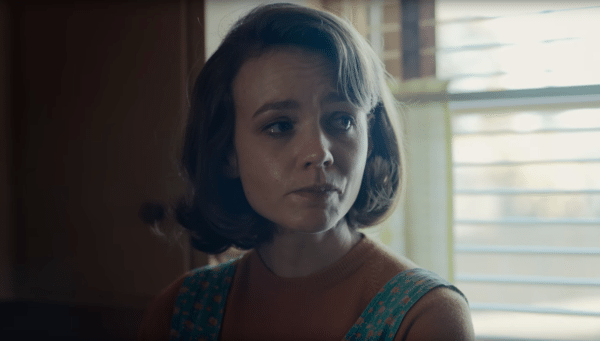 However, as good as he is playing a man struggling to align with the expectations placed upon him, it’s Carey Mulligan who delivers career best work as a woman abandoned by patriarchy, spiralling towards self-destruction or discovery, from which emerging intact and independent might seem unimaginable in this era. It’s one of those performances in which so much is said through looks alone, and the depths of emotion found in her eyes, which can only be achieved by someone at the peak of their powers. There are so many sequences during which she’s fighting to supress the feelings within, through anger, sadness, pride, and it’s heart-breaking to watch. She’s simply stunning.

As a director, Dano frames his film in a classical fashion, making the most of the stark landscapes in which this fire as a relationship metaphor weaves a destructive path, but he’s never concerned with stamping his own DNA on the movie, instead allowing the focus to remain on the characters and their story, which is no surprise considering how accomplished an actor he is.

Some might find the pace glacial, but this allows for unforced arcs and a slow-burn drama which resonates as real, thus avoiding the overt melodrama which can often blight films of this type. The disconnect and coldness are essential to what makes Wildlife work, and if you’re invested in the characters, which you should be, then there’s a final scene that reaches into your chest and restarts your melancholy heart. A real gem of movie.