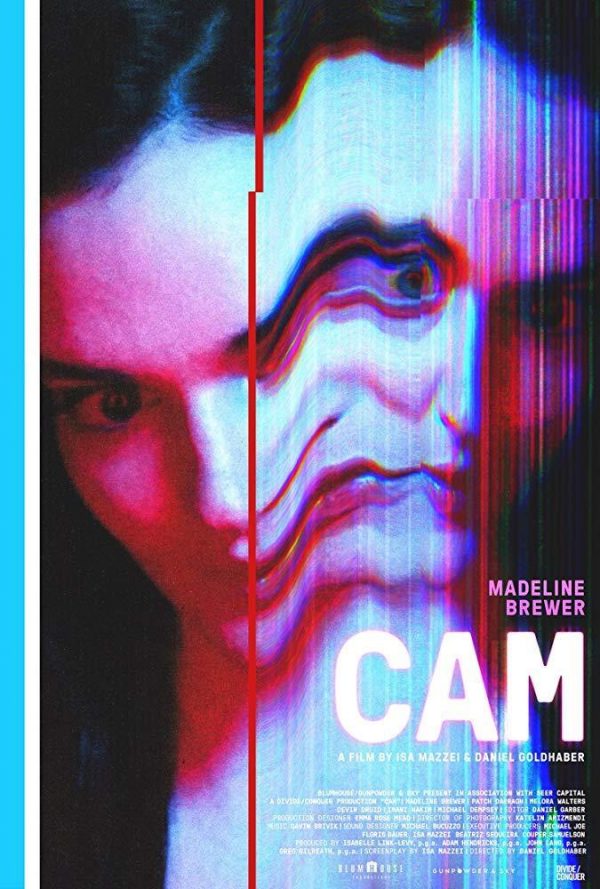 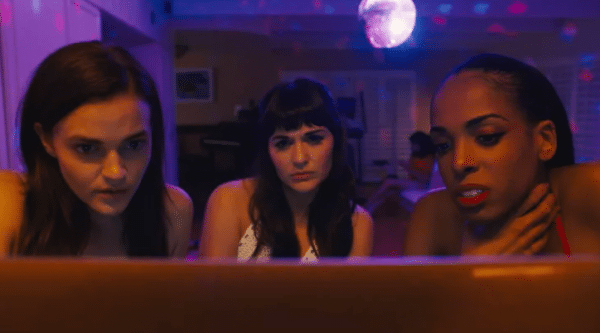 The cyber-thriller genre has routinely proven to be a tough nut to crack, as most all offerings tend to date fast and age badly, while rarely delivering much beyond laboured, overdone hand-wringing about the dangers of modern technology. Yawn.

Though Cam doesn’t really escape the genre’s most prominent trappings, it does nevertheless benefit from a terrific lead performance by Madeline Brewer, and thanks to screenwriter Isa Mazzei’s own past experience as a cam girl, an almost unheard-of level of authenticity for a movie of this type.

Before the thriller button is pushed at the end of act one, Mazzei’s script does a remarkable job outlining the day-to-day life of a cam girl – Brewer’s ambitious protagonist Alice puts on shows, chats privately with paying clients, hangs out with her family and basically grinds through existence like anyone else. 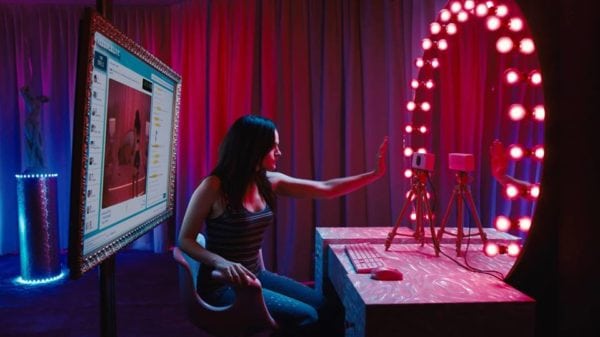 An intriguingly amoral tone is struck here regarding Alice’s profession; there’s certainly no judgment, though the film also doesn’t dare shy away from the fact that she’s exploiting her sad, lonely clients as much as they’re objectifying her.

And then the turn of the plot comes, and a messy if undeniably compelling mystery begins to unfurl; how is it possible that someone has not only hijacked Alice’s account, but also resembles her exactly? The old adage about the journey being more important than the destination holds firm here, because while the big reveal isn’t terribly satisfying, getting there is good giddy fun.

The main reason the movie works as well as it does is, of course, Brewer’s sublimely committed performance. It’s a naked turn both literally and figuratively, requiring the actress to delineate between not only Alice the person and Lola the performer, but also the double we witness across computer screens. Effectively pulling triple duty, she more than rises to the challenge, placing a compassionate face on an oft-maligned profession while also going gonzo when the role requires. 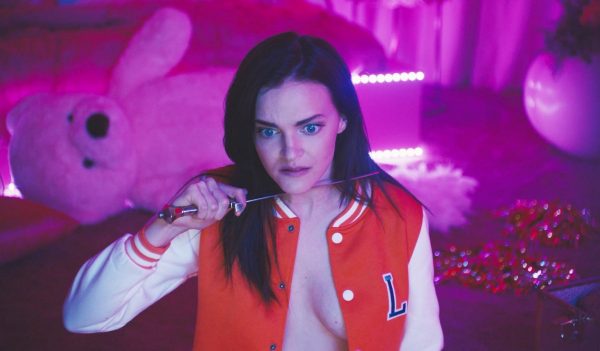 It’s certainly a shame Brewer’s not working with a more finessed script, though; the predictable collision of Alice’s home and work lives abounds in a contrived subplot that probably could’ve been cut entirely, and the film’s third act sees a host of hokey revelations begin to pile up. This leads to a resolution that’s not terribly satisfying, though at least appears to present something approaching a sex-positive message all things considered.