This month marks the 10th anniversary of the premiere of Star Wars: The Clone Wars television series. Though a feature film of the same name was released a couple months prior to the premiere and introduced some interesting new elements to the Star Wars canon, it did not really capture the potential of exploring one of the galaxy’s most seminal and far-reaching periods in its history. The series, however, was able to do just that and over the course of six seasons it really emphasized the significance of the conflict in the canon, but also took the time to deeply explore longstanding characters as well as themes on war, identity and governance. Even after its cancellation in 2013, the series’ legacy has proven strong enough to continue in other mediums and even earn a revival to tie up some of its loose ends. It is without question that The Clone Wars is one of the best and most successful pieces of Star Wars media that has been made yet. 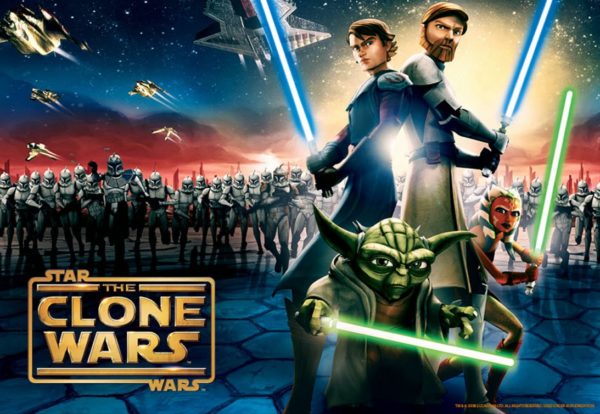 When it began, I admittedly didn’t have high hopes. The film didn’t impress me very much and neither did most of the first season I had watched. At the time, I felt it had taken the wrong lessons from the Prequel Trilogy by infusing the story with some weak character beats or unnecessary humour, mostly from the droids, Jar Jar Binks or Ahsoka calling Anakin ‘Sky-guy’. Slowly, though, the series began turning me over with episodes like ‘Rookies’, ‘Cloak of Darkness’ and ‘Lair of Grevious’ that delivered some serious and engrossing stories that amplified the appeal of Asajj Ventress, General Grevious or the individuality of the clones. By the end of the first and start of the second season, The Clone Wars really began finding its groove and delivering the potential the series had.

As it went on, it became almost unrecognizable from the feature film and the weaker Season 1 episodes. Comedic elements became more natural while the stories grew more serious and, in some cases, much darker. The Clone Wars grew up very quickly and showcased increasingly violent battles and deeper examinations on war. On several occasions the show displayed the moral quandaries the characters faced as they tried to diffuse problems through either diplomatic solutions or aggressive negotiations. The series did tackle some of the more ‘boring’ elements of a galactic scale war as well by focusing on Padmé’s attempts to keep the Republic’s power in check and find peaceful solutions with various Separatists or neutral players. The byproduct of this was to also show Darth Sidious’ various machinations to slowly gain more power as he transitioned from Supreme Chancellor to Emperor Palpatine.

One of the big themes Clone Wars did incredibly well on though was on the clones themselves. The films barely touched on the individual clones or how the Jedi and Republic viewed them, but the series greatly expanded on them. Clones Troopers became unique individuals as episodes focused on a small group or couple specific soldiers, specifically Captain Rex and Fives. One of the best arcs was ‘Darkness on Umbara’, where Rex and the rest of the 501st had to suffer through the command of a Jedi general who viewed the clones as mere tools bred to follow orders rather than sentient beings. This was just one arc that devoted itself to examining the clones’ individuality and free will, asking if it was right to breed people solely for the purpose of war. Other episodes that examined this viewpoint was Season 2’s ‘The Deserter’ or  Season 6’s ‘Conspiracy’ arc where Fives stumbles on the beginnings of Order 66 and the true purpose of the Clone Wars. Voice actor Dee Bradley Baker used different inflections in each clone’s voice, giving them a distinctive personality that really helped sell them as individuals instead of just copies of each other. It only adds to the tragedy of Revenge of the Sith when honourable clones like Commander Cody, Boil and Jesse were forced to execute their Jedi comrades who, in many cases, were their friends.

The series didn’t just greatly expand the turmoil across the whole galaxy and the clones, but it helped further define who Anakin Skywalker was before his transformation into Darth Vader. One of the common criticisms of Revenge of the Sith is how his initial turn to the Dark Side and decision to kill his Jedi friends, much less the group of younglings, felt too rushed. While that may be true to an extent in the film, The Clone Wars examines Anakin’s character to such a great degree that his choice in Revenge of the Sith makes complete sense. It explores the darkness that had always been within him due to his extreme fear and anger at seeing his loved ones die. Plenty of episodes and characters touched on this, from his fear of losing Obi-Wan Kenobi, Padmé and even R2-D2 and various clones, yet no matter how many times it was hammered into him, Anakin was still a very emotional and fearful Jedi. However, the series added a new element that the prequel films had touched on, but didn’t fully explore: his relationship with the Jedi Council and Order as a whole. 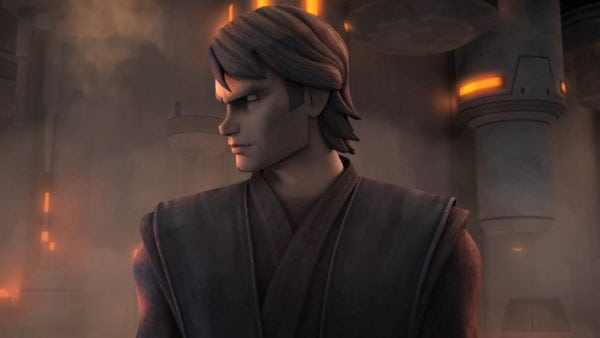 Throughout The Clone Wars, the Jedi are revealed to be a group of hypocrites who believe they know best and are above any wrongdoing. Jedi such as Mace Windu, Ki-Adi Mundi and, for all their wisdom, even Obi-Wan and Yoda are emblematic of the problems within the Order after having grown too complacent with their power. When Luke tells Rey in The Last Jedi that the hubris of the old Jedi Order allowed for Sidious to take over, that line has so much more weight thanks to The Clone Wars. After all, they were so convinced in The Phantom Menace that the Sith were extinct they didn’t heed Qui-Gon Jinn’s warnings. Had they done so, much may have been avoided, but instead their arrogance only grew as they increasingly drifted from their stance as peacekeepers to warriors. Mace and Ki-Adi were particularly problematic as Mace casually dismissed the concerns of those below him and Ki-Adi believed at one point Yoda was actually being influenced by the Dark Side and didn’t trust him. Don’t forget too that these were people who believed Anakin had no place in the Jedi Order as a child and still treat him with the bare minimum amount of respect as a young man. Their actions didn’t just shake Anakin’s faith, but also caused some of the public and even Jedi apprentice Barriss Offee to turn against them, leading to one of Anakin’s biggest gripes against the Jedi Council: the exile of Ahsoka Tano.

Ahsoka was something of a controversial figure when The Clone Wars began as a feature film as she was seen by some fans of a continuation of Jar Jar Binks’ silly and lackluster humour in an attempt to cater to a young audience. Over time, however, Ahsoka became a fine addition to the Star Wars mythology with a great amount of depth and development. As her Jedi training continued, she interestingly gained the best aspects of both Anakin and Obi-Wan: she had Anakin’s fierce passion and strategic ingenuity, yet also gained Obi-Wan’s tact for negotiation and diplomacy when possible. She even made Anakin a better Jedi by having to learn patience and the responsibility that goes into being master. However, Ahsoka’s time as a Jedi was cut short after being framed by Barriss for a crime she didn’t commit. Rather than stand behind her, the Jedi Council instead expelled her to save face, but after the truth was revealed Mace Windu had the audacity to tell her the Force works in mysterious ways and this was really her trial to become a Jedi Knight. Even Ahsoka recognized some of Barriss’ accusations against the Jedi rang a bit true and rejected the offer to return to the Order, wandering the galaxy to find a purpose.

It was at this point in the series that Disney bought out Lucasfilm and brought The Clone Wars to an untimely end as they wanted to work on their own series for Disney XD. However, the legacy of The Clone Wars has lived on, first through a completed batch of episodes branded as ‘The Lost Missions’ for Season 6 on Netflix, then again through the release of unfinished episodes, the comics Darth Maul: Son of Dathomir and novel Dark Disciple, stories that were based on unused scripts for further episodes that tied up some loose ends. The strength of The Clone Wars fanbase was enough to include Rex and Ahsoka into Star Wars Rebels, leading to a tense and emotional confrontation between Ahsoka and Darth Vader. However, there were still stories to tell and fans rejoiced at this year’s San Diego Comic-Con when it was revealed The Clone Wars would return for a seventh season that would presumably conclude the series and at last show the ‘Siege of of Mandalore’ – a storyline that has been teased many times around Ahsoka’s involvement in the final battle for Mandalore against Darth Maul and the lead-up for her Order 66 experience. Not much else is known about the new season, but fan anticipation is brimming with excitement over further news.

Star Wars: The Clone Wars has become a central part of the franchise’s mythology by doing what few other tie-in materials do successfully. The series further opened the world and conflict and brought new meaning to established characters. Anakin in particular benefited greatly from the depth the show gave him while someone like Maul became a much more interesting and intimidating character with his return. New characters, however, have made their mark on the franchise and became a central part of the new generation of Star Wars fans. The series really makes you look at the Prequels with fresh eyes by expanding on the events that allowed the Jedi to fall, but everything about this show was well-crafted with some fantastic writing, voice acting, action-packed episodes and direction. Any fan of the Star Wars saga needs to watch The Clone Wars for what it accomplished. 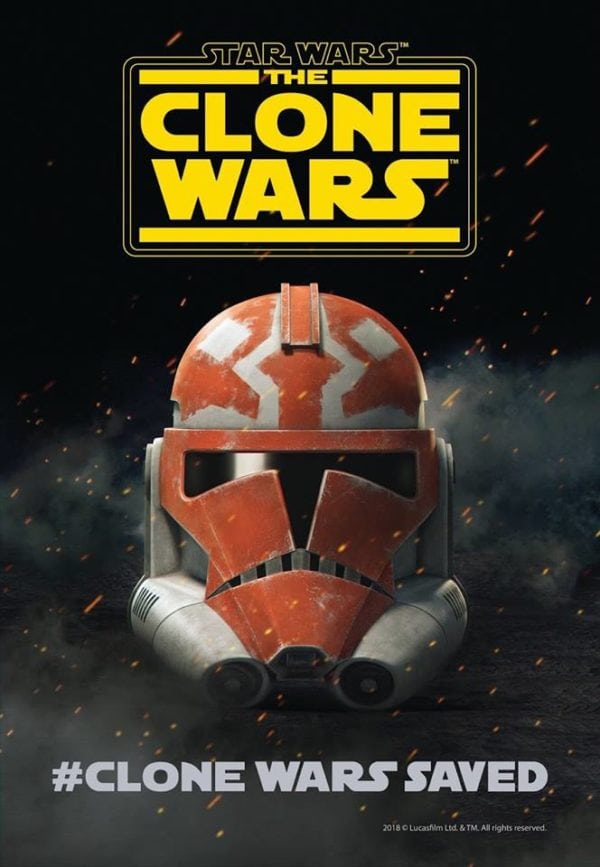 A version of this article was published in October 2018.