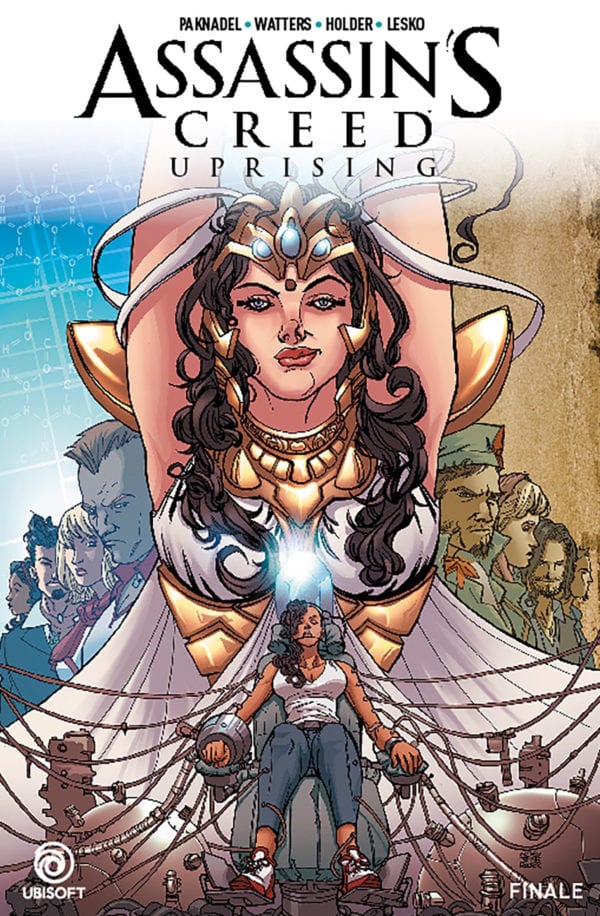 Assassin’s Creed: Uprising is an impressive series; not only does it tie together a number of AC comic series, but it it also manages to tie up a loose end from the gaming series as well. The AC story line has become somewhat convoluted, and the number of games and comics needed to get to this point will give you so much back story and extended history of the series, you might just become a historian in a fictional timeline.

Uprising is the choke point within numerous series, where all paths converge and the final confrontation begins between Assassin, Templar and Juno. One of the things I have loved with this story arc is the inclusion of the Templar Black Cross character and storyline, mainly because this was my first series I reviewed within the Assassin’s Creed comics. Otso Berg has teamed up with the Assassin’s for an uneasy alliance to stop the precursor Juno finally getting a body and enslaving the human world.

This has been a loose thread since the end of 2012’s Assassin’s Creed 3, where players were unsure about what exactly happened next. The closure to that story line was rewarding and once again opened my eyes to the depth of this extended universe.

This was an extremely compelling end to this story arc, with a hint of a new one emerging. I wait patiently with bated breath to where the story may move onto next.