The following is a conversation that took place between Flickering Myth writer Justin Cook and How to Train Your Dragon: The Hidden World producer Brad Lewis at New York Comic-Con… 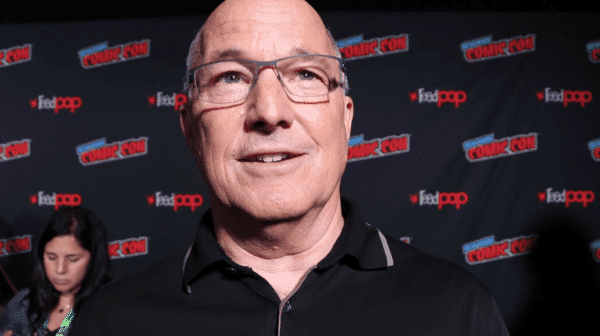 If the New York Comic Con crowd’s reaction to the How to Train Your Dragon: The Hidden World footage screened during the film’s panel is any indication, Universal has another really special installment of the DreamWorks Animation franchise on its hands. After the panel, Flickering Myth talked to two men whose vision and creativity made the dynamic, adorable and visually arresting footage screened at the Madison Square Garden’s Hulu Theater a reality.

The first of which is producer Brad Lewis, who, although is a newcomer to the How to Train Your Dragon franchise (the previous two films were produced solely by Bonnie Arnold, who Lewis is joining this time around), was well within his wheelhouse based on his prior work. Lewis worked at Pixar for about a decade, producing Brad Bird’s Ratatouille and co-directing Cars 2 with John Lasseter. His other producing credits include Antz, Storks and The Lego Batman Movie.

Check out the conversation here…

You debuted [early How to Train Your Dragon 3 footage] in front of the Comic-Con crowd. What did you think of the reaction? To hear ‘oohs’ and ‘aahs’ in the crowd, what was going through your head?

Brad Lewis: The first thing is, you’re sort of semi-prepared for a nice reaction, right? People are here on purpose, they go out of their way. But you’re not prepared for, this sort of bright tenor clapping that’s taking place. It’s super bright and it just flusters through you with gratitude, frankly. It’s more enthusiastic. There’s more laughing, there’s more gasping, there’s more reactions, and that’s why we’re in the business. 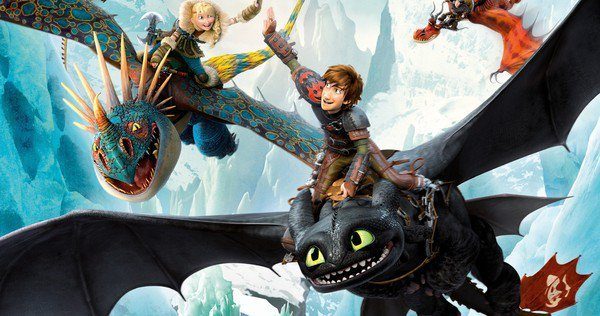 What was the plan behind killing off Stoick in the second movie, was there always a plan to bring Gerard Butler to the role in some capacity?

Lewis: Dean [DeBlois] started conceiving this as a trilogy when he was writing 2, so there was a thought that when Hiccup was gonna be tested as a leader, what would it take for him to start to figure out who he is? And what he had was those teachings of Stoick. There would always be a series of flashbacks – we actually originally had five, and now in the movie, we don’t use all of them. But the idea was when he’s really checking himself we’d have these little nuggets from Stoick. It was something we thought we would work in the context of the story, but we weren’t sure if it would work in the context of the time. But it turned out it did. Of course, the voice is so amazing, you know, Gerard’s voice.

Speaking of amazing voices, you have F. Murray Abraham in this movie, who’s got one of the best voices ever, and I know that you always had him in mind for the [villain] role. [As I understand], you took previous clips of his and put it over [test] footage from the movie?

Lewis: This was a little unusual as far as things go. One of our lead animators Rani Naamani – we were just going to do some testing of the character, the rig and the facial expressions and all that – he pulled a little clip that had F. Murray Abraham’s voice in it and he animated it to it, just as an idea. He also did a couple other actors. But this was one he thought was great. So we went through a casting process as we do, and ultimately, we came back and said, you know, I think maybe F. Murray is it. Maybe Rani had it right! So we actually had [the clip], and we went and showed it to F. Murray, and Murray was in. So it was unusual, it really came from a different place than it might typically [come from].

How to Train Your Dragon: The Hidden World is set for release on February 1st in the UK and on February 22nd 2019 in the US.