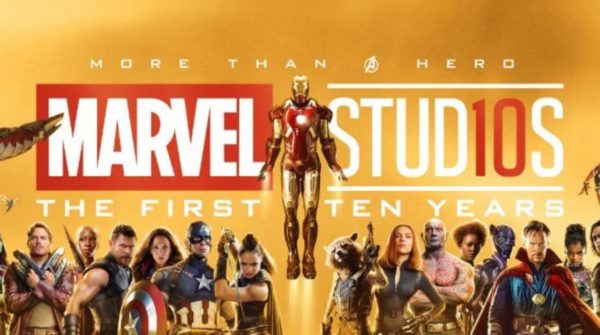 What was once a pipe dream in the mind of a competent producer has become a unprecedentedly successful shared cinematic universe, tying in movies and TV into a coherent world of characters and locations. The Marvel Cinematic Universe, as it has come to be known, is fast approaching the conclusion of the original plan, with Avengers 4 serving as the culmination of the first three phases of Kevin Feige’s master plan.

Although the future of the MCU is known only to Feige and company, with just a handful of Phase Four movies confirmed, there have already been a few ways in which the future of the MCU is being set up. This article will explore the characters and story arcs that are very likely set to take place post Avengers 4, based on the confirmed films and small teases we’ve had from Marvel Studios. 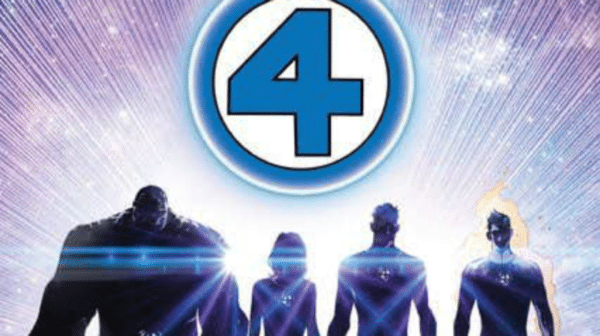 Spider-Man: Homecoming saw the Avengers Tower sold off to a mysterious buyer. With all the artefacts and possessions of the previous owners removed, it seems like the building is being completely gutted and renewed by people not so familiar with Stark and the team. The building itself has a similar shape to that of the Baxter Building, the home of the Fantastic Four. It wouldn’t be so surprising for the old HQ to be officially turned into the new headquarters of Marvel’s famous family. With Black Panther 2 set for Phase Four, this seems like the perfect time to introduce the FF to the MCU audience, skipping their origin and getting to the heart of what these characters are all about, with a compelling set of interactions through an established world of characters in Wakanda. It would even make sense for the family of scientists to be sent to establish what technology this previously hidden country has to offer now that it has opened itself up to the world. 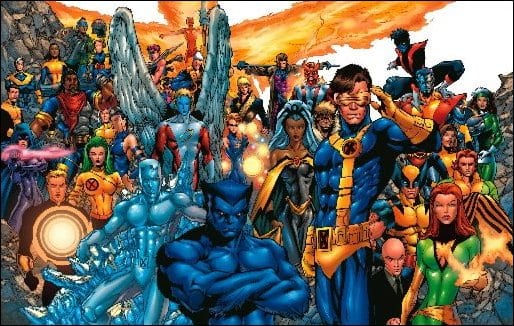 The Eternals have been confirmed as part of the future film line-up post-Phase Three, and recently in the comics there has been a ret-con, suggesting a new origin for the mutants that could handily tie into the MCU. Whilst I am a believer that Legion’s multiverse theory could also be the key to adding the X-Men to the universe, it would be more logical for this to be the way in which the famous mutants are introduced into the current continuity. Scarlet Witch’s own backstory has been ret-conned, adding that she already had abilities that were simply unlocked, and possibly leaving the door open for her reveal as a mutant. Perhaps her show on the Disney streaming service will continue to develop the world of the X-Men. 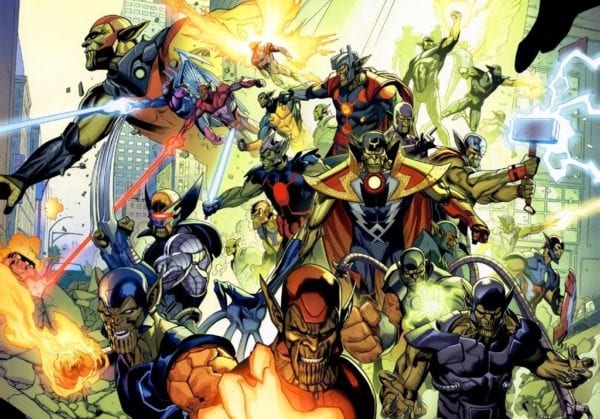 Captain Marvel may well prove to be the origin of the MCU’s next major story arc, and there have been rumours circulating for a while now that Avengers 4 may set this up further. The Kree and Skrull war is going to be heavily featured in Marvel’s first-female led movie and the Skrulls may just be woven into the DNA of the universe a little further with the prospect of anyone being a Skrull. The end of Avengers 4 could start the wheels of motion that ultimately leads to the Secret Invasion of the planet – with key characters from throughout the MCU being revealed to be the green aliens. Paranoia is abound in this tale of sabotage and surprise. There are already a few options for Skrulls in the MCU (see Everett Ross, or Wong perhaps). A much anticipated story, this heads straight into the next narrative arc on this list. 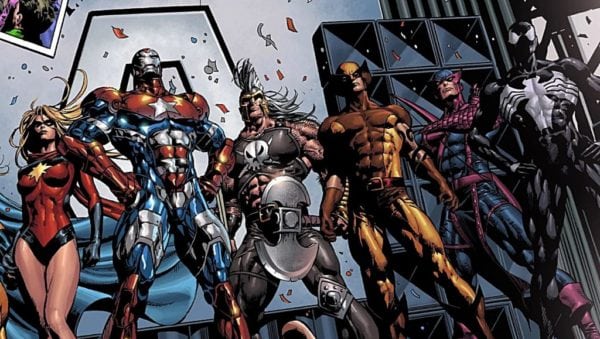 Dark Avengers – which was recently rumoured to have a script – is a very unique story within the Marvel world. After the events of the Secret Invasion, Norman Osborn emerges as the saviour of the people. In light of this he is handed control of S.H.I.E.L.D. which he replaces with H.A.M.M.E.R., as well as becoming the Iron Patriot, armour which we have previously seen on the big screen in Iron Man 3. During the Dark Reign, the Dark Avengers are setup to replace the real team, filled with villainous counterparts. Whilst the MCU’s heroes would go into hiding, the villains of the world come out of the shadows, being able to rule over the status quo. Shifting the way the MCU works and putting our heroes on the backfoot, this story would work wonderfully with such an established universe and would be a different look at the desperation of heroes who have no where left to turn.

The final team on this list is one that has already had some foreshadowing in the Ant-Man franchise. The original Young Avengers is made up of Iron Lad (a young Kang the Conqueror),  Hawkeye, Stature, Vision, Hulkling, Speed and Wiccan, while newer members of the team have included Miss America and Prodigy. With many of these characters in a position where they could be introduced into the MCU quite easily, especially with an older Cassie Lang set to make an appearance in the fourth Avengers film, this team of misfits could be just what a younger audience is looking for. With Clint Barton’s Hawkeye now taking on the Ronin mantle it would make sense for him to pass on the bow. A rebuilt Vision would also be a great supervisor for the team. Even Wiccan and Speed can be written in as the magical kids of Vision and Scarlet Witch, another potential plot point to be explored in the spin-off Disney show. The Young Avengers provides a lot of options to bring back old villains like Mr Hyde and could fit really well into a newly designed MCU. Plus Kevin Feige has said that it would be “cool”.

What do you make of this list? Do you think this is the direction the MCU will head in during Phase Four and beyond? Let us know your thoughts in the comments below…