After months of speculation, Star Wars fans finally have a better idea of what they can expect with the upcoming live-action TV series from actor and director Jon Favreau. Favreau revealed through his Instragram the series will be called The Mandalorian along with the official synopsis. The series will follow a Mandalorian warrior on the outskirts of the galaxy years after the Empire’s defeat. 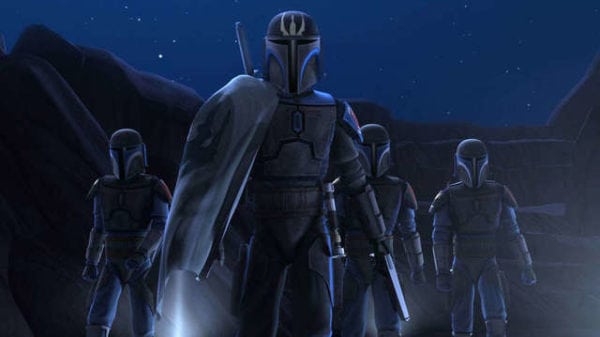 In the Star Wars mythology, Mandalorians are a warrior race that pride themselves on their skills in battle and are the same race which infamous bounty hunters Jango and Boba Fett hail from. Due to differing ideologies and warring factions, though, their government splintered during Star Wars: The Clone Wars, leaving their planet largely divided, leaderless and under the rule of the Empire. The Mandalorian Civil War was an important part of the later years of The Clone Wars and Rebels TV series, having some dire consequences for the fate of the galaxy.

The official synopsis for The Mandalorian is:

Favreau is set to write the script and serve as the show’s executive producer. He is no stranger to the Star Wars universe after having provided his voice for the Mandalorian warrior terrorist Pre Vizsla in The Clone Wars and the pilot Rio Durrant in Solo: A Star Wars Story.  Though there’s no official casting news yet for the series, it has been rumoured this week that Pedro Pascal (Game of Thrones, Wonder Woman 1984) is up for the lead role.