After the recent sad news about the passing of Nicolas Roeg, now seems like a good moment to focus our latest director beginner’s guide on the visionary filmmaker’s work. 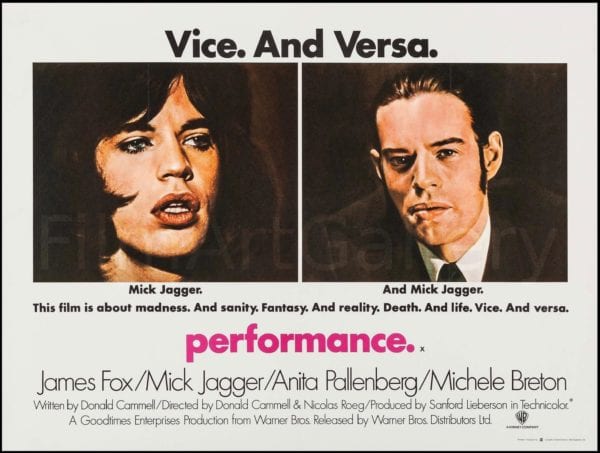 By the time Roeg took the step to directing with his 1970 debut, Performance (he co-directed with Donald Cammell, focusing predominately on visuals), he was a veteran camera man and cinematographer. That photo focus and visual eye would become very apparent in his work as a director. Performance was certainly an audacious debut, offering Mick Jagger of The Rolling Stones the lead role, at the height of his rock fame. Roeg would later do the same with David Bowie and Art Garfunkel. Performance is pure cult cinema (again, not for the last time in Roeg’s CV). Jagger’s performance is a mixed bag, but the film looks amazing. It has an inherent sense of hedonist style as it combines gangster film aesthetics with those of rock music. If you’re going to start going through Roeg’s CV, his opening gambit is a good start. Whatever you may think of it, it’s certainly unique. 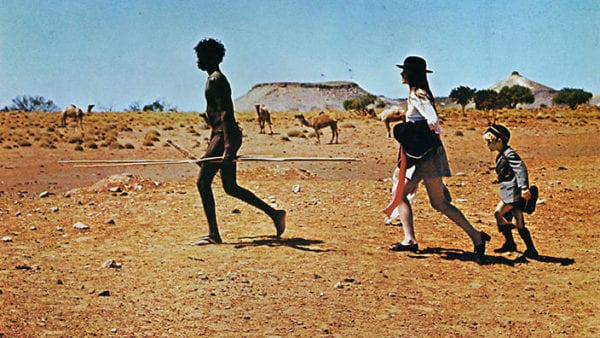 Roeg followed up quickly with Walkabout, and this time was flying solo. The film follows a young girl and her little brother, stranded alone in the Australian outback. They encounter a young aboriginal man and travel cross the wilderness to find their way home, with the man in tow. It’s simple, but beautiful. A lot rests on the mix of fresh faced innocence and budding maturity of Jenny Agutter, left in charge of her pre-pubescent brother. Agutter started in the business young. She’d had a run of credits up until Walkabout (shot when she was about 18) and it marks a blooming on screen. Not only does it portray an actress transitioning from youthful roles, into playing adults, the film (As was a Roeg staple) explores sexuality, and in this instance the awakening of ‘the girl.’ For Agutter, at a young age in a fledgling career, to bare all was brave. The film however, owes more to her ability to convey the complex nature of the scenario, in a film with minimal dialogue (and which will often involve her communicating mostly non-verbally with the Aboriginal friend). 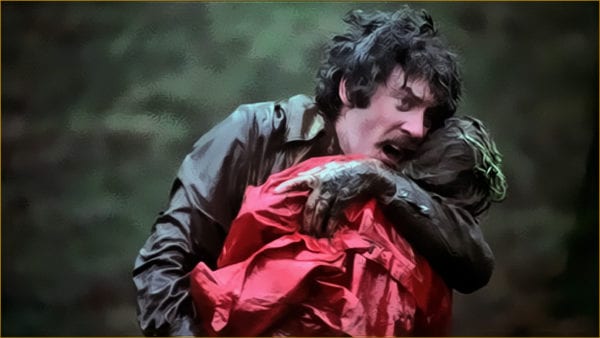 For many (myself included), Roeg’s follow up to Walkabout is considered his master-work. Don’t Look Now may often finds itself placed on the shelves of the horror section due to its third act, but what the film really explores is the nature of grief and repression. Beneath those iconic Venice back street sequences of horror, lie two exceptionally complex and crushing performances from Donald Sutherland and Julie Christie. It’s about this inability to mutually deal and come to terms with the tragic death of their young daughter. The pair become increasingly obsessed with the notion that she’s still around in some way (first Christie and then as things progress, Sutherland). Haunted by feelings, presence and then in Sutherland’s case, the forever blink and gone visions of her, the film has a great deal of emotional grip. It still has recognisable horror tropes and not as many as some might expect from a film occasionally labelled (wrongly) a classic horror film. Don’t go in expecting scare a minute, but be prepared to invest in the complex psychological dissection of a fractured couple, each retreating into their own separate repression. All that aside though, it’s a gorgeous film. Beautifully shot, and particularly as the film progresses, Roeg manages to give the Labyrinthine Venice alleys and canals a haunting quality. 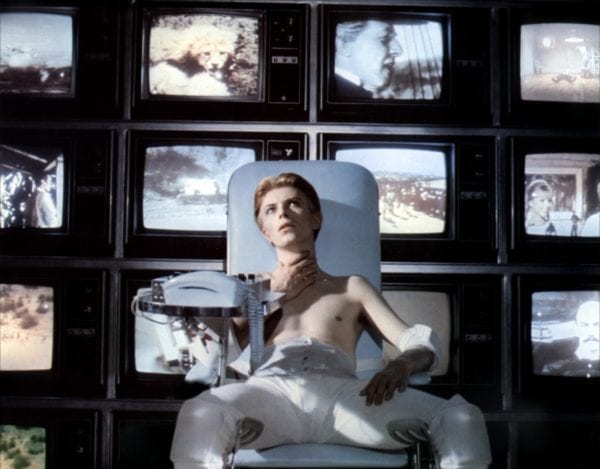 His next film was one that has had a place in my mind since the late 80’s. As a boy I was a fan of David Bowie. I was an even bigger fan of the film Labyrinth (in both cases, I still am a huge fan). I was also a fan of wandering video shop isles and being transfixed by the wonderfully eclectic mix of video cases. Those colourful little corner symbols that came courtesy of the BBFC (but which initially, I didn’t understand). I would often point to a video that looked alluring, and then accompanying parent of the time would deem whether it was watchable or not. On several such video shop jaunts a film repeatedly caught my eye. It was Bowie, reclined on what looked like a dentists chair. The cover was grey, bordering the central portrait picture of Bowie. On the surface, the cover wasn’t as dazzlingly eye catching as many of the horror or action films for example, but it also had a small symbol I didn’t recognise in the corner. An ‘X’ rating. It also had a clearly recognisable Bowie and thus compelled a desire in me to watch it. My dad declined every request. I was 7-ish at the time, so understandable, and he wasn’t exactly hardline either. I watched films like Die Hard, Aliens and Predator pretty young, but it wasn’t simply a matter of ‘you’re too young’ it also boiled down to ‘you wouldn’t enjoy it.’ He was right…at that point anyway. The film of course, was The Man Who Fell To Earth.