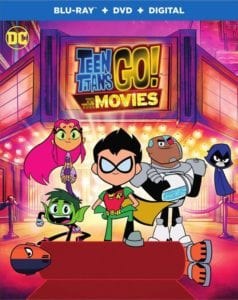 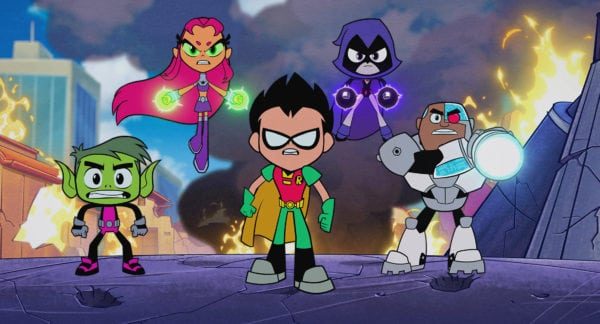 In a time where most superhero films, such as this year’s Black Panther and Avengers: Infinity War, treat their stories and characters very seriously, it’s sometimes nice to have a film in the genre that breaks up the seriousness to deliver something light and entertaining. Teen Titans GO! to the Movies is one such film, but also goes that extra length in fourth-wall breaking territory to comedically address the explosion of the superhero genre in the last few years. Fans of the Teen Titans GO! cartoon, which this movie is a continuation of, and young children should enjoy the movie as it parodies certain elements of the genre and movie-making and adds a little bit of substance to it, though unfortunately that’s what it lacks when it tries. The blu-ray itself doesn’t offer much in the way of special features, making it pretty strictly a piece for fans to enjoy.

The film follows the Teen Titans, a group of young teenage superheroes as they battle villains and try to be taken seriously. Robin, Batman’s young sidekick who leads the team, believes the best way to be taken seriously by his fellow heroes and the world at large is to get a film made about him since one is being made about every single hero and group, even the obscure ones, except for him. This is where the film’s meta-commentary kicks in with the amount of superheroes the mainstream audience are treated to on the big screen and how little-known characters can become big names. Its during times like these where the film has the most fun with itself as the Teen Titans meet Jade Wilson (played by Kristen Bell), a big-time director in charge of all superhero cinema who just doesn’t see the profit in a Robin movie. It touches on what audiences and studios expect from a superhero film and how Robin just doesn’t seem to have those qualities. 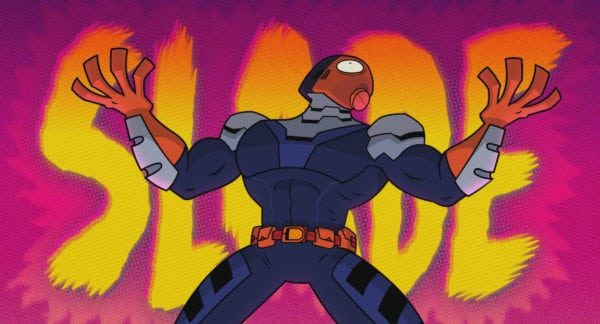 That’s where the film’s villain comes in. Robin and the Titans search for an archnemesis who can help launch them to stardom and find it in Slade – more commonly known as Deathstroke but the film goes for a more family-friendly name – played to great effect by Will Arnett. Arnett provides a nice foil for the Titans and does well with both the comedic and serious elements of Slade, though there is much more comedy than seriousness to their enemy. Scott Menville’s Robin has some great back-and-forth with Slade, but his chemistry with the rest of the main cast (Tara Strong, Khary Payton, Hyden Walch and Greg Cipes) shines throughout the film. They all do give nice performances with well-timed comedic deliveries.

The strength of the cast, though, doesn’t quite outweigh Teen Titans Go!‘s weaknesses. The big message of the movie is that stardom isn’t nearly as important as having true friends and believing in yourself, but that message comes in a bit too late in the film to really strike a chord. And while certain moments are genuinely funny, such as a surprise cameo by Stan Lee or Slade’s ‘mind manipulations, a fair bit of the other humour falls flat or seems forced. There’s one moment where the same poop joke is made four times within the span of a minute or two, just making it drag on well past the time its welcome. Though it does have fun with the meta-commentary as well, there are things the film strangely chooses not to poke fun at, such as how Arnett has voiced Batman in The LEGO Batman Movie and is now fighting Robin or Nicolas Cage is finally playing Superman after briefly gaining the role 20 years ago. Then there are other moments which go against the film’s lightness, like when the Titans go back in time and seemingly kill a baby Aquaman and gleefully (with huge smiles on their faces) send the Waynes down Crime Alley or perform a hit-and-run. There are also roughly five musical numbers with most being fairly forgettable and longer than they should be. 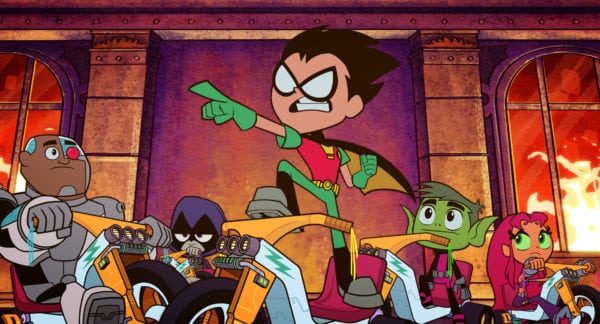 The animation is fairly good though and adopts several different styles at various points. The action scenes are well choreographed and entertaining to watch and some of the blu-ray features show the transformation of a couple of these scenes from storyboards to full animation. However, there isn’t much else in the way of features. There’s a couple music videos and well as sing-along tracks for the kids and a video of the Teen Titans attending their film premiere, along with a short feature of people dressed as the Titans running around the WB lot, but there’s nothing on the actual making of the movie or the impact the Teen Titans GO! series has had. Fans looking for any insight into how the film got made will be disappointed.

Teen Titans GO! to the Movies shines with its cast and when it plays with the fourth-wall, but it doesn’t do it often enough or take some clear opportunities to poke even more fun at the real-life circumstances of the genre, cast and characters. Most of the jokes work, but there are plenty which do not and go on for way too long. Overall its a bit of a mixed bag, especially since the blu-ray contains very few features about the movie itself. Unless you have children or are a fan yourself of the movie or series, you won’t really be missing much sitting out from Teen Titans Go! to the Movies.