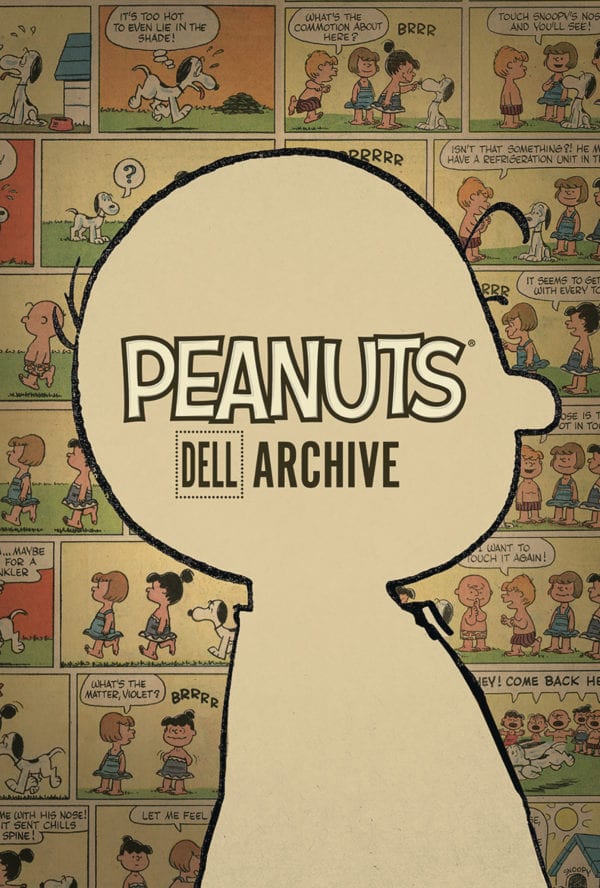 Growing up, I would often rewatch many episodes of Blues Clues via the VHS videos my father had bought the family. Because cassettes didn’t have a quick access menu, you were forced to either sit through the previews or fast forward through them, though the latter had the potential risk of damaging the tape.

Regardless, when it came to Blues Clues I never once considered fast-forwarding as the previews were often advertisements for the various Peanuts animated specials that had become popular through television reruns. Classics like It’s the Great Pumpkin, Charlie Brown and A Charlie Brown Christmas. Even though I had never watched any of them all the way through, there was just something about seeing passionate parents and kids talk about their love for the series while having the hand-drawn animation and Vince Guaraldi’s iconic music play throughout that struck a chord in me.

Like most non-political comic strips, Peanuts has often been characterized as cross-generational, and if I had to theorize as to why, it would have to be because it doesn’t try to be anything more than slice-of-life. We’ve all lived through the mundane, and it’s left these memories in our brains that’re inherently tied to sentimental feelings like nostalgia and wistfulness. Kids have so much on their minds growing up, and Charles Schulz’s iconic characters somehow captured those various aspects like time in a bottle.

To dive into the original world of the Peanuts, as they appeared in the comics, was a dream come true. As it turns out, outside of his main newspaper, Schulz struck up a deal with the underrated publisher Dell Publishing to create exclusive Peanuts stories for the company’s various magazine lines. The twist, however, was that Schulz himself would not be able to write or draw the vast majority of them, as he would be too busy with the mainline Peanuts franchise and its external media. Because of this, several writer/artists (some known, some unknown) took over, ghosting as Schulz whilst contributing their own stories to his series.

Despite being published under numerous in-house titles, a large team has worked together to create an anthology that brings together most of these tales. As described in the introduction itself:

“This Peanuts Dell Archive gathers all the original interior Peanuts content from Dell’s Fritzi Ritz, Nancy/Nancy and Sluggo and Tip Top: a wealth of material never before anthologized, and unseen since originally published. The stories have been assembled chronologically, so you’ll see how the artwork and story content changed over time: starting with the rare offerings by Schulz, and continuing through Sasseville, Hale, Pocrnick and unidentified Dell house artists and writers.”

The question that remains is, is this hardcover collection worth checking out for avid/not-avid fans of Peanuts, or does it fail to live up to the looming legacy of Schulz’s iconic baby? I can safely say that the answer is it is definitely worth purchasing at the asking price of $25.00, though I do have some reservations that may impact the opinion of potential buyers.

First and foremost, let’s address the elephant in the room regarding Schulz’s limited role: though most of the comics in the Dell Archive were not created by him, the majority of them were done by three creators from the Art Instruction Schools who Schulz personally handpicked. As such, these three individuals, Jim Sasseville, Dale Hale, and Tony Pocrnick, deserve nothing but praise as their artwork is phenomenal. Not only did they nail the the character geometry, they also got Schulz’s inking and coloring right: the light primary colors mixed against a hazy background, typically blue or yellow.

Steven Spielberg once talked fondly about how he was enthralled by the artistry of Hergé when reading The Adventures of Tintin, and that’s the same feeling I get whenever I see a piece of art by Schulz. There’s just something about the round heads, black eyes, pudgy arms, and simple hues that puts me back in front of that TV watching those Blues Clues previews, and the trio that took on the monumental task of successfully mimicking Schulz’s drawings for Dell Publishing more than succeeded as far as I’m concerned.

Now, as the description above says, once Pocrnick left, Dell handed all of its future Peanuts publications to undisclosed in-company writers and artists, and in my opinion these unsung folks did a good job as well. Yes, the penciling isn’t as similar and the pigments get darker, but it still feels like it belongs in the same vein as the previous cartoons, compared to something like The Dark Knight Strikes Again, which didn’t even look like it was in the same ballpark as The Dark Knight Returns.

I did mention I had some reservations, though, and those come with the writing aspect of these Peanuts strips. As readers may be aware, Schulz gained fame for pioneering the four-panel comic (or yonkoma). And while he did adopt different formats over the course of his decades-long run, the four panels were what he stuck with the most (and what Peanuts is most closely associated with).

In setting the standards for the Dell version of the strip, Sasseville chose to expand things to make it more comfortable for himself, meaning most of the stories here run four-eight pages under a four-eight panel layout. I had no problem with this because Sasseville and his successors made the most of it, but if you are someone who prefers the shorter stories typical of the Peanuts, then keep this in mind if you’re interested in buying.

The second reservation, however, is more subjective, and that is that I felt that these particular Peanuts comics were more mean-spirited than the ones in Schulz’s run. Charlie Brown is, of course, well-known for his bad luck, insecurities, and constant confrontation with life obstacles, but there was always something non-severe about his predicaments, as though Schulz knew exactly where to draw the line between natural misfortune and Duck Amuck-level creator torment. That isn’t quite the case here with Dell’s line, where I felt that almost every mini-story involved someone being put down (that person usually being Charlie Brown). Is it funny at times? Of course, these are children we are talking about, and the old adage of “if a kid says you’re ugly, it’s the truth” holds well here. But does it get bothersome after reading an endless supply of strips based off of this joke? Yes, it does.

I wouldn’t go so far as to say that it’s depressing, but it certainly isn’t consistently entertaining. Now, I can’t quite deny that I wouldn’t have had this same problem had I not been told beforehand that Schulz was not the author of the Dell Peanuts. However, considering that I was objective about the artwork, I’d like to think that my opinion here is unbiased.

The storylines themselves are thankfully original enough, yet contain what you would expect from a Peanuts comic. As I said before, it’s all slice-of-life, and though you do get some repetition like Charlie Brown trying to fly his kite or Lucy yelling at someone, the majority of them were creative enough that even long-time readers should find value in this collection. And, contrary to what Peanuts biographer Derrick Bang says in the introduction, I never felt that anything deviated strongly from the core Peanuts motifs, including the final comics done by anonymous writer/artists. But, ultimately, that is for every fan to make-up for themselves.

Overall, the Peanuts Dell Archive HC is a monumental achievement. Michelle Ankley, Jillian Crab, Samantha Knapp, Marie Krupina, Kara Leopard, Grace Park, Chelsea Roberts, Whitney Leopard, Chris Rosa, and Scott Newman all deserve applause for putting so much thought and time into the production, restoration, and editing of the many Peanuts strips that were made under Dell Publishing into one concise, beautiful text. The comics themselves are very identical aesthetically to Schulz’s style, though I personally found the writing to lack that fine-tuned balance Schulz maintained with regards to the problems and conflicts his characters endured.

At a fair suggested retail price, check it out if you think it will suit you.