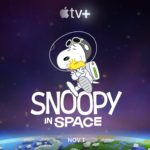 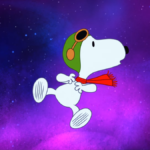 In celebration of the 50th anniversary of the Apollo 11 moon landing, Apple TV+ has released a trailer for its upcoming animated series Snoopy in Space which sees Snoopy and his friend Woodstock fulfilling their dreams of becoming astronauts when they tag along with the Peanuts gang on a trip to NASA; watch it here… […] 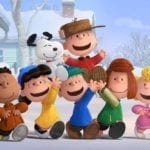 It’s not just Disney who plans to get in on the streaming game next year, as Apple has also been assembling a host of original programming for its own as-yet-unannounced streaming service, and now comes word from Deadline that the tech giant has signed a deal to bring Charlie Brown, Snoopy and friends to its […] 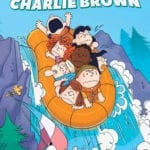 Red Stewart reviews Race For Your Life, Charlie Brown… One of the coolest things about the Peanuts animated specials was that Charles Schulz himself was heavily involved in their creation. In fact, he was so heavily involved that he made sure his animosity for the title “Peanuts” was heard, guaranteeing that every cartoon bore the name Charlie Brown […]

Boom! Studios releases the original graphic novel Race For Your Life, Charlie Brown! this coming Wednesday, and you can take a look at a preview here… Charlie Brown, Snoopy, Lucy, and the rest of the Peanuts gang are headed to Camp Remote for a summer of hiking, camping, and combating a group of rival bullies. It […] 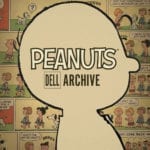 Red Stewart reviews the Peanuts Dell Archive…. Growing up, I would often rewatch many episodes of Blues Clues via the VHS videos my father had bought the family. Because cassettes didn’t have a quick access menu, you were forced to either sit through the previews or fast forward through them, though the latter had the potential […]

Fresh from yesterday’s 65th anniversary featurette, 20th Century Fox and Blue Sky Studios have released the first clip from The Peanuts Movie, which sees Snoopy pursuing the Red Baron over the skies of Paris; check it out here… Charlie Brown, Snoopy, Lucy, Linus and the rest of the beloved “Peanuts” gang make their big-screen debut, […]

With just over a week to go until its release, Blue Sky Studios and 20th Century Fox have released a new featurette for The Peanuts Movie which celebrates 65 years of Charlie Brown, Snoopy, Friends, Underdogs, Dreamers, and the world of Charles Schulz’s Peanuts. Check it out here… Charlie Brown, Snoopy, Lucy, Linus and the […]

20th Century Fox has debuted a new featurette for the upcoming CG-animated The Peanuts Movie, which focusses on the legacy of Peanuts creator Charles Schulz. Watch it below after the official synopsis… SEE ALSO: Watch the latest trailer for The Peanuts Movie Charlie Brown, Snoopy, Lucy, Linus and the rest of the beloved “Peanuts” gang […]