With the Doctor and company leaving the the Spiders of Sheffield far behind, we take to the black for our latest adventure.  Though this time it’s not as pretty as one of Yorkshire’s finest cities – instead it’s on the planet Seffilun 27 within one of the universe’s infamous Junk Galaxies.  But this mucky world is only the start of the time-travellers’ journey, as a sonic mine soon provides their first violent and not so subtle stepping stone on the trip through the Tsuranga Conundrum. 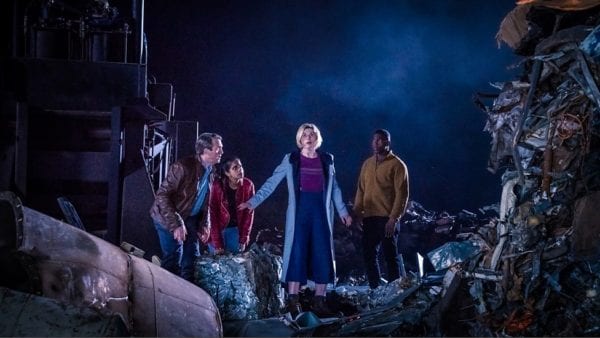 Lucky for the Time Lord and her companions, they find themselves picked up by the hospital ship Tsuranga as it passed by the planet, rescuing them all from an extremely painful and violent death.  Though, the limited crew of two – Astos (Brett Goldstein) and Mabli (Lois Chimimba) – failed to collect the TARDIS and unfortunately, due to the other patients on board, they don’t have the time to turn the hospital vessel around to retrieve the Blue Box, no matter how important it is to the distressed Doctor.

With the Doctor introduced to the other occupants/patients of the Tsuranga, this routine mercy mission of help suddenly falls under immense danger, as a small but deadly creature, which is designated as a “Pting”, boards the vessel and begins to tear the ship to pieces from the inside out.  With no weapons to disable this creature and the main station of Rhesus 1 having a strict quarantine protocol set (they’ll promptly blow up any badly infected vessels) the clock is seriously ticking down for all aboard. Oh and there’s a baby on the way too. 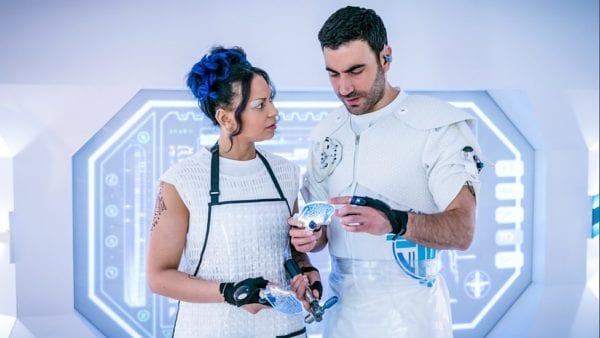 Here lies a very curious episode.  On one hand we have a very run-of-the-mill episode in which we’re expected to engage with the ‘peril’ of the episode and on the other we’re given a few minor, “I sorry…there’s something you’re not telling us here?” moments – and these are so subtle if you blink then you will have missed them.

Similar to last week, there are a number of issues that raised a few of flags within The Tsuranga Conundrum. Ignoring the title, unless this of course is related to something much later in the series, my first one is how did the Pting, the stubby-arsed alien with no visible ship manage to home in on the hospital vessel? Clearly the Pting was devised for (as the kids say) the “lols”, which is unfortunate as the Pting was also supposed to be our main source of danger and here lies the next issue. We’re led to believe that a Pting massacred ‘Ace’ Neuro-Pilot General Eve Cicero’s fleet, but here we see a basic weapon can easily stun it and a blanket can confuse it?  I felt no menace from this angry Adipose at all.  Also, I shan’t even rant about the hospital space station destroying a ship if it believes that it’s crew have been hi-jacked or if it needs serious case of quarantining. I know Doctor Who is ‘aimed at children’, but honestly children are rather clever, sometimes scarily so. 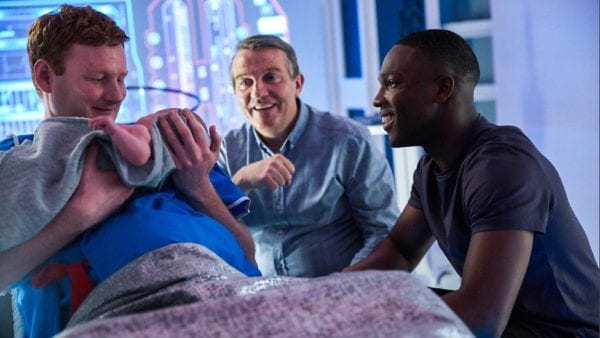 This all being said, there are a handful of moments that did make this episode shine.  First and foremost the set and SFX looked fantastic; money is being well spent on delivering top class effects for one of the BBC’s flagship programmes and it can certainly be seen here.  Our character developments are continuing to grow between Ryan (Tosin Cole) and Graham (Bradley Walsh), but still not enough for a fist bump and along with this we have the slight tease of a deep mystery.

At the end of this week’s episode, it’s fair to say it wasn’t the best we’ve seen, but it wasn’t overly bad either.  If you wanted a tagline for this week’s Doctor Who you could go with, “The Tsuranga Conundrum – Fair to middlin’”.

SEE ALSO: Trailer for Doctor Who Series 11 Episode 6 – ‘Demons in the Punjab’