Simon Pegg, who appeared in Star Wars: The Force Awakens, says that the franchise misses its creator, George Lucas. 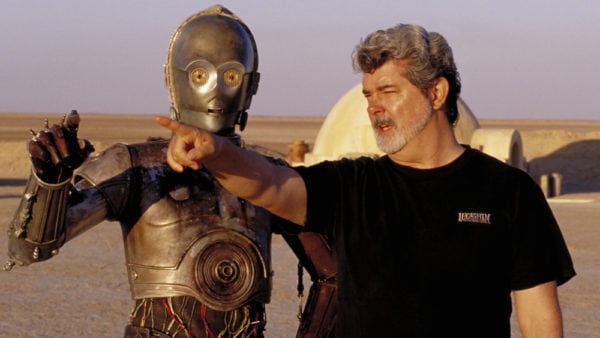 Not many franchises can thrive without those who have brought them into the world but that is exactly what Star Wars is trying to do in the year since Disney purchased Lucasfilm. Star Wars had hit a low point with many fans during the prequel period, which led Star Wars to part ways with the man that brought it to the party.

Simon Pegg has said that he loved making The Force Awakens with J.J. Abrams but it seems now something has changed in the meantime as he has told The Adam Buxton Podcast (via Digital Spy) that Star Wars misses George Lucas:

“I must admit, watching the last Star Wars film [The Last Jedi], the overriding feeling I got when I came out was, ‘I miss George Lucas.’ For all the complaining that I’d done about him in the prequels, there was something amazing about his imagination. I do feel like his voice is missing from the current ones.”

Pegg admits that he was one of the many who was complaining about Lucas’ work on the prequels so it is interesting to hear these latest comments. What do you think? Does Star Wars miss George Lucas?