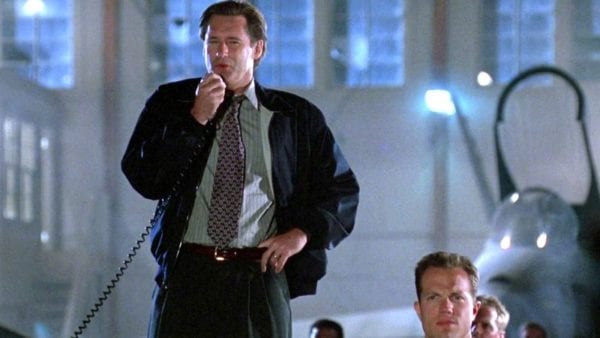 “We will not go quietly into the night! We will not vanish without a fight! We’re going to live on! We’re going to survive!’ Today we celebrate our Independence Day!” Chills every time. Bill Pullman’s President, in a similar situation to Nicholson in Mars Attacks, faces the highest of stakes – the end of the world after an alien invasion. He rouses the nation, holds his nerve and uses his powerful leadership when it counts most in formulating the finest defence the history books would ever see. 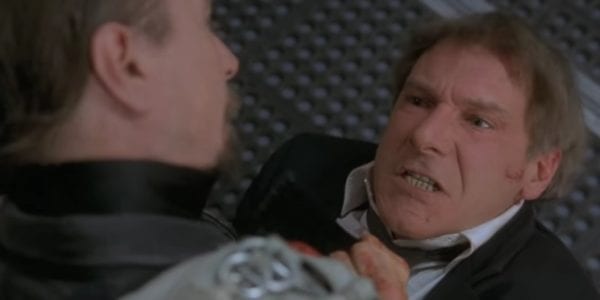 God bless the charm and chiselled jawline of Harrison Ford. Air Force One is a pioneer of a very niche sub-genre in the list of President-based outings. Sure, recent entries like Olympus Has Fallen, Big Game and White House Down hand their POTUS a gun and say “Hey, get on with it”, but Air Force One did it first. After terrorists hijack the titular plane, Marshall is self-enlisted as his family’s protection, using his military mind and impressive force to fight the baddies. And, of course, the timeless one liner: “Get off my plane!” 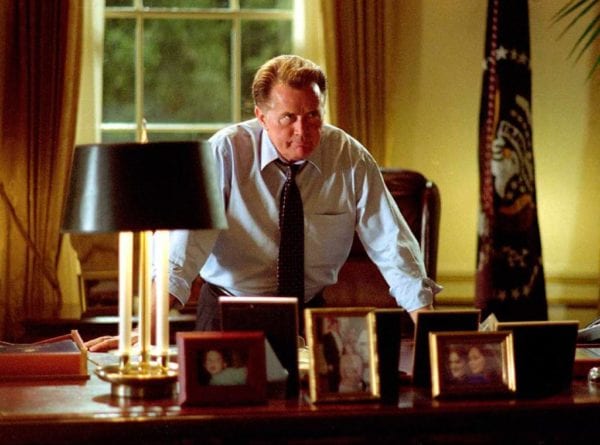 Here’s the kicker with the number one pick – I haven’t even finished The West Wing, and I know there’s only one President who truly deserves the top spot. It’s all in Martin Sheen’s effortless, extraordinary balance of character; he’s flawed in his stubborn decisiveness and occasional temper. But his generally affable, scathing sense-of-humour and kind soul redeems any ill-feelings of the man. Seldom moved in times of hysteria, his unrivalled manner makes him a believable, loveable, hopeful icon in one of the finest shows of our time.

Who are your favourite fictional Presidents? Are you excited for Vice? Let us know in the comments…