Ahead of its arrival on Netflix this Friday, the streaming service has released a new poster for Mowgli: Legend of the Jungle, Andy Serkis’ adaptation of Rudyard Kipling’s classic tale The Jungle Book, which features Rohan Chand’s title character along with Benedict Cumberbatch’s villain Shere Khan; take a look here…

SEE ALSO: Read our reviews of Mowgli: Legend of the Jungle here and here 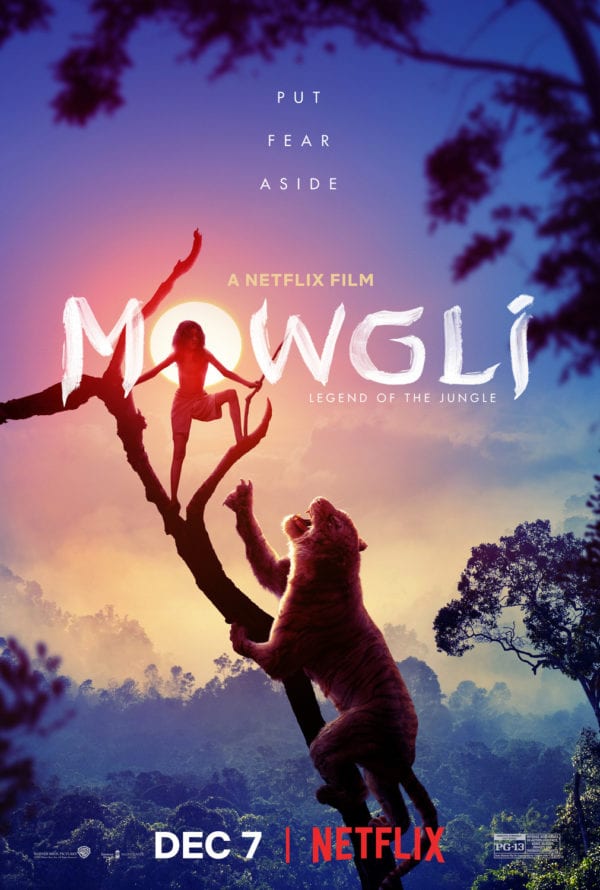 Acclaimed actor and director Andy Serkis reinvents Rudyard Kipling’s beloved masterpiece, in which a boy torn between two worlds accepts his destiny and becomes a legend. Mowgli (Rohan Chand) has never truly belonged in either the wilds of the jungle or the civilized world of man. Now he must navigate the inherent dangers of each on a journey to discover where he truly belongs. Christian Bale, Cate Blanchett, Benedict Cumberbatch, Andy Serkis, Freida Pinto, Matthew Rhys and Naomie Harris lead an all-star cast along with newcomer Rohan Chand in this visually spectacular and emotionally moving adventure.

Mowgli: Legend of the Jungle arrives on Netflix on December 7th.