Hearthstone players can now take part in the latest solo adventure and the single-player mode for Rastakhan’s Rumble with Rumble Run.  This new adventure will bring players a series of new challenges.  The Hearthstone team livestreamed yesterday to talk about the new adventure and also carry out some gameplay and this can be seen below. 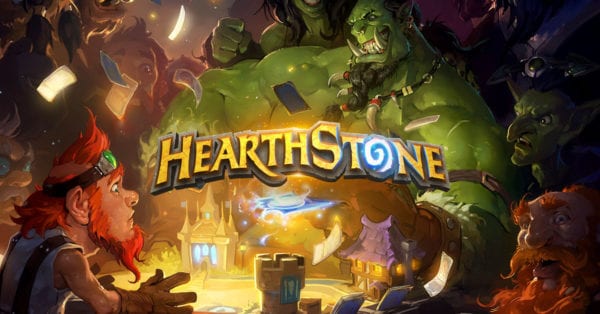 In Rumble Run, players will take on the role of Rikkar, a young troll eager to fight in the Gurubashi Arena.  In a similar fashion to that of Monster Hunt and Dungeon Run, Rumble Run will see players face opposing teams of increasing difficulty with the ultimate goal of beating Rastakhan’s Rumble.  New cards will be available for players to create the most powerful deck.

To start the new Rumble Run, players will need to select one of three Shrines with each one dedicated to one of the Loa to represent one of Hearthstone’s classes.  The Shrine cards will start each game in play and will provide powerful passive effects that will alter the strategy used for deck building.  If a shrine is destroyed in battle they will return after three turns.

When players first take Rikkar into the arena they will be classed as a rookie with a deck of 10 cards, each time a champion is defeated the deck will become stronger and cards can be selected to support the players playstyle such as recruit unique minions with powerful abilities, upgrade their Shrine and many more.