Harrison Abbott on the best movie action sequences of 2018…

About a week ago, I wrote an article ranking the Worst Action Sequences of 2018 and the reception to it was contentious to say the least. A few readers apparently emerged from the piece under the impression that I don’t like ‘’fun’’, or that I always go to movies exclusively to seek out profound themes and Kubrickian subtleties. Of course, anyone who knows me will attest that this couldn’t be further from the truth. I am an action junkie through-and-through, raised on a healthy diet of Shane Black, James Cameron and Steven Spielberg films. 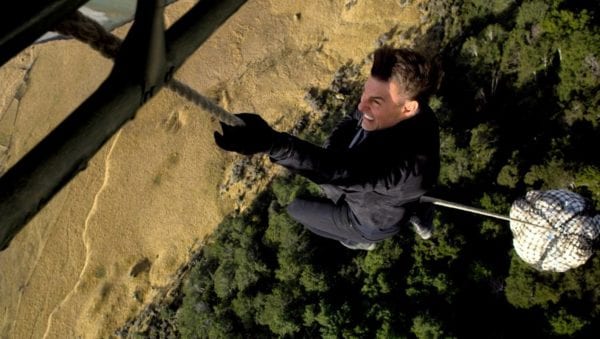 Let’s see how many people I can annoy this time. I wanna boost my numbers!

Pyrotechnics are very much my bread-and-butter then. Sure, I get a bit highfalutin on occasion and I do have a soft spot for artsy fare, but for the most part I am inexorably drawn to big explosions, laser battles and pretty lights. In other words: I’m a simple man with simple tastes. All I ask is that my blockbusters are reasonably-well constructed and enjoyable to watch, rather than outright trash.

Which is why I compiled that ‘’Worst Of’’ list. Because things like The Meg and Rampage are bad examples of popcorn flicks, featuring mediocre set-pieces at best. What’s more, they shouldn’t be given carte blanche to be shit, just because they’re ‘’turn-your-brain-off-action-films’’. That’s a very reductive stance to take and honestly, it’s demeaning to a genre that includes greats like Raiders of the Lost Ark, Assault on Precinct 13, Terminator 2 and The Dark Knight.

In my opinion, action films should be held to a higher standard. They can be so much better than people give them credit for. I mean, Die Hard doesn’t have particularly lofty ambitions or incisive political commentary. It’s ostensibly just another ‘’dumb’’ shoot-em-up. The difference however is that’s it’s a fucking brilliant one: bursting with memorable one-liners, likeable characters and meticulously-staged set-pieces.

It’s this latter point that I’ve chosen to fixate on, as it’s where a lot of modern offerings keep faltering. Either because of incompetent execution, a lack of fresh ideas, or studio mandated restrictions (usually the latter), action flicks are frequently neutered and bland. It’s a shame and I wish it weren’t the case, but on the bright side, this makes the good examples stand out even more.

So, with that in mind, let’s cast an eye over the 2018 releases that got spectacle right and remind ourselves what high-octane thrills ought to look like! 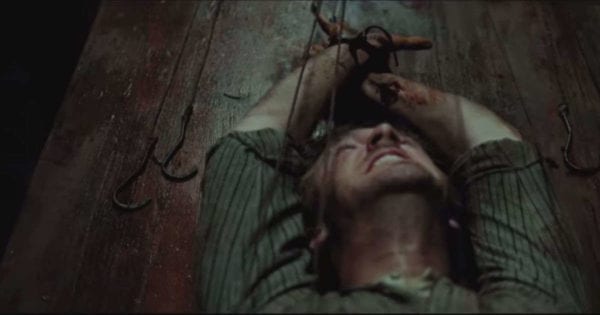 Excruciating and scrappy in the best possible way.

You could argue that I am stretching the definition of ‘’Action Sequence’’ with this one, but as far as I’m concerned, it qualifies on the basis that there are two people enacting heinous violence upon one another for a protracted period of time.

The basic set-up is that former preacher-turned-ardent-cynic, Thomas Richardson (Dan Stevens), is fending off some kind of creature, demon… thing that has had its head encased in some kind of wicker helmet. How Thomas ended up in this predicament is a long story, but to boil it down to the fundamentals, he infiltrated a religious sect and had his cover blown. When the cult discovered his true identity, they were royally pissed and sent him to the strange creature (presumably the commune’s designated executioner) as a punishment.

Thomas is thus force to contend with the monster, as it restrains him, drives hooks through his limbs and tries to run him through a meat grinder. What ensues is a thoroughly grisly display of unconscionable hacking, maiming and mangling, with pair continuously one up each other in terms of their vicious attacks.

As far as cinematic brawls go, it’s honestly quite pathetic and sloppy but that’s precisely the point. Thomas isn’t an invulnerable action star, he’s just an average man who is frantically batting off his opponent in a desperate bid for survival. For this reason, he is very much on the ropes, feebly grappling with the creature and doing everything in his power to avoid being mulched.

Consequently, it makes sense for there to be an absence of smooth or overly-rehearsed choreography, as this clumsiness lends the altercation a sense of urgency that makes it all the more suspenseful. On that note, Thomas doesn’t come out of the fight unscathed either and suffers quite a nasty injury when his fingers get caught in the meat grinder. That might sound inconsequential, but it emphasises that there’s real peril here and that our hero could get hurt at any time (a threat that is all too rare nowadays). The action accordingly has weight and genuine stakes.

So just to clarify, this sequence gives us a Silent Hill-esque monster, a copious amount of bloodshed, convincingly realistic and spontaneous action, as well as a palpable sense of jeopardy. What more could you ask for?