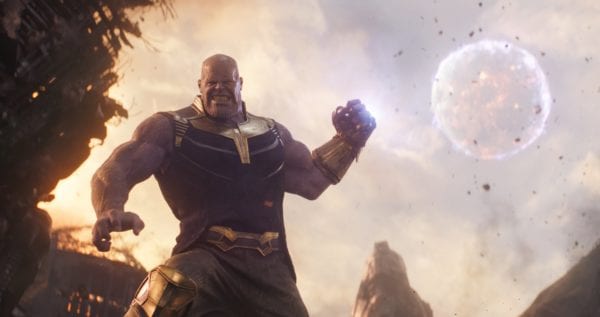 My inner 12 year old is still geeking out over this.

Many will contest that the fight for Wakanda is the most significant battle in the latest Avengers installment, but the real standout moment occurs elsewhere, over on Titan. Here, Spider-Man, Doctor Strange, Iron Man and a smattering of the Guardians all team up to take on their arch-nemesis: Thanos. It’s perhaps a little smaller in scale than the war for earth (which is saying something, because at one point the villain hurls a moon at everyone), but what it lacks in scope it more than makes up for in sheer inventiveness.

The abilities of each team member are applied in clever ways and the Russo brothers really make the most of the crossover potential, having characters interact to perform bad-ass combo (magic with a kick!) It all feels so authentic and loving, like you’re watching an excitable fanboy recreate their childhood fantasies on the big screen. Hell, they even manage to make the wishy-washy powers of Doctor Strange look cool, which a trick that his own standalone film couldn’t pull off. 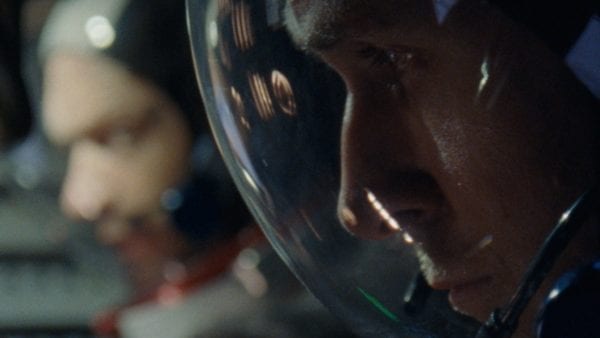 A rare instance of a set piece that’s deliberately nauseating.

The greatest strength of First Man is undoubtedly its ability to put you in Neil Armstrong’s shoes as he braves daunting physical challenges, straps himself into rattly (and worryingly combustible) space capsules, and gets fired off into the atmosphere. Seeped in immersive little details that most films would gloss over and boasting an imposing audio mix, it really makes you feel like you’re up there with him, in much the same way that Saving Private Ryan believably transported you to the shoreline of Omaha Beach.

This care ultimately pays off in the breathtaking Gemini 8 sequence, when Armstrong and his crew attempt to dock with another vehicle, only for an unanticipated malfunction to send them careening wildly out of control. The presentation of the incident is highly distressing and purposefully confusing, what with all the vertiginous camerawork and fragmentary editing. You subsequently want the scene to end, on account of how it’s a legitimate assault on your senses. Damien Chazelle must have done something right then, because that’s how it’s supposed to feel.

On that note, when you’ve seen as many films as I have, it’s easy to become desensitised to this kind of thing. Sometimes we zone out of even the most epic set-pieces when they fail to push the envelope, or leave is feeling hollow. Yet this one had a perceptible impact on my constitution and made me feel the kind of exhilaration that I crave as a moviegoer. So, a ‘’well done’’ is definitely in order.

Incidentally, praise is also due for composer Justin Hurwitz, who provides equally tense musical accompaniment for the sequence.