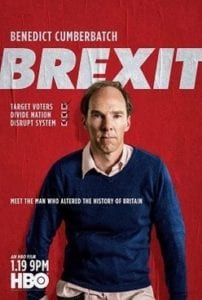 Political strategist Dominic Cummings leads a popular but controversial campaign to convince British voters to leave the European Union from 2015 up until the present day. 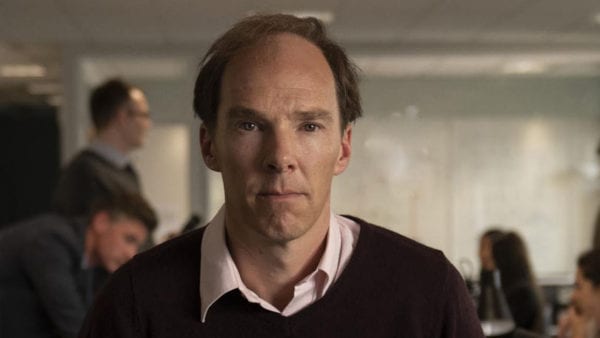 Attempting to capture any political series of events on film while they remain in-flux is, depending on your perspective, either enormously foolish or terrifically brave. Brexit: The Uncivil War at least seems acutely aware of this paradox, and with the UK’s fate still hanging in the balance at the time of this review, perhaps a refresher course in the circumstances surrounding the inexplicable Leave result is just what the country needs.

The story of Brexit is framed around Dominic Cummings, a shrewd and possibly sociopathic political strategist who ultimately served as the director of the successful Vote Leave campaign. Because vast swathes of the British public are doubtless fed up of discussing the subject, in many ways the film’s hook is Cummings himself, with most of the general public having never even heard of the man. Over a snappy 92 minutes, though, Benedict Cumberbatch ensures you won’t soon forget him.

If James Graham’s script is at times comically unsubtle as it rattles through flagrantly expository dialogues in order to double-underline the fundamentals of the vote and the central figures involved, it becomes truly illuminating once it delves into the radical paradigm shift that took place within the vote itself. 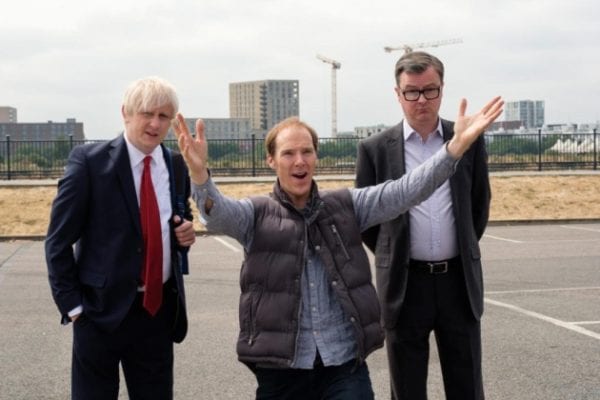 Rather than opt for traditional means of campaigning – namely door-to-door canvasing – Cummings spearheaded a complex and insidious means of targeting potential voters through social media platforms, employing cutting-edge marketing firms to court voters with frighteningly precise algorithmic technologies. For even the computer-and-political-literate, the depth to which the Leave campaign exploited this nascent tech is both horrifying and almost begrudgingly admirable in its industrious ingenuity. Almost.

If it wasn’t clear already, Brexit is a thoroughly partisan film with only the most veiled semblance of “objectivity.” But in these trying times, especially with Brexit’s true through-line still uncertain, should art really be trying to tow the line? Many in the Leave camp have already lambasted the film for their “slanted” depiction within, yet it can certainly be argued that the pic curtails the fundamental racism backing much – but certainly not all – of the Leave campaign.

Moreover, Graham’s script is sure to foreground the plight of a frustrated working class at their wits’ end who felt they had no other choice than to vote Leave, and it does so without painting them as feckless idiots. In this respect the film walks on a razor’s edge between being an incisive call to arms and something more diplomatic that a Leave voter might actually stomach watching.

What certainly can’t be sniffed at is Benedict Cumberbatch’s performance as Cummings. The actor has perhaps proven himself a little over-eager in recent years to play real-life figures he’s not terribly well-suited for, but bringing more than just a bald patch and regional dialect to the table here, Cumberbatch is marvellously convincing as the terse, no-bullshit advisor. While most of his previous biopic performances have seen him struggle to disappear beneath his own image, here he’s a pure chameleon. 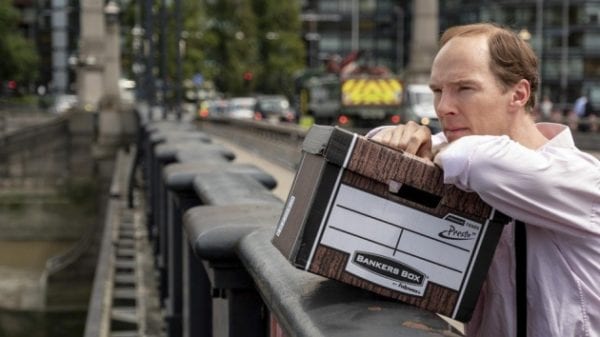 The reliable Rory Kinnear is also terrific as chief Remain strategist Craig Oliver, the film’s most obvious avatar for the Remain sentiment as a whole, yet lent a certain warm humanity through Kinnear’s fiery portrayal. More high-profile figures sadly aren’t quite so convincing, surely in large part due to our greater familiarity with the real-life articles. Richard Goulding never graduates beyond a caricature as Boris Johnson, while Paul Ryan’s Nigel Farage is just too over-the-top to be taken seriously. In a film with so many serious talking points, these sketch show-calibre Characters are jarring in the least.

Elsewhere, veteran TV director Toby Haynes (Sherlock, Black Mirror) sadly doesn’t have much to offer stylistically. This is a TV movie in every sense of the word, down to blatantly rushed camera set-ups which fail to execute its few slicker ideas with much brio at all. Then again, this is a sobering subject in the British public’s current focus, so giving it The Big Short treatment would be a touch unnecessary if not also appropriate. But given Cumberbatch’s commitment to the part in particular, it’s a shame he’s not backed by more assured technicals.

A touch too cartoonish to be truly biting, but a fittingly broad polemic during the current mid-Brexit maelstrom. Just remember to bring some antacids with you, because if you voted Remain, you’re going to leave very, very pissed off.