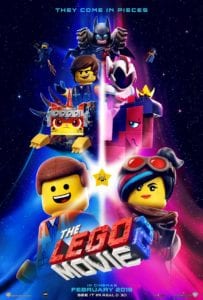 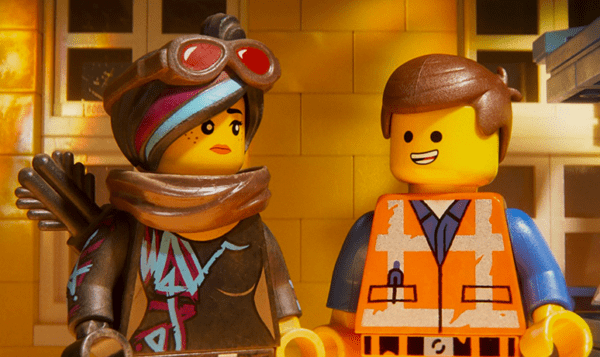 Markedly inferior as both a case for play and as a cleanly structured story, The LEGO Movie 2: The Second Part is a subpar sequel that does what LEGOs inspire us all to do: it builds. But not in a meaningful or impactful way. Its predecessor urged audiences to keep inventing; this film expands on this theme, suggesting that having someone to invent with holds even more value than trailblazing solo. That’s sweet, and it occasionally makes for heartfelt sentiment, but this new film is largely a cheap continuation of an extended LEGO commercial. Gone are the tight, focused narrative and the ageless themes of innovation. Long live contrived franchise extensions, I suppose.

Mike Mitchell, taking over directing duties from Phil Lord and Chris Miller, replicates the tone that made the first film so unabashedly silly, referential, and endearing. But the problem with replicas is that they’re imitating something real, either poorly with subtle liberties taken or faithful to the last detail. Sure, it was essentially a commercial, but The LEGO Movie was one that held real entertainment value in addition to its capitalistic aims. It made buttoned toy blocks feel like real characters, with real emotions and real wisdom to impart. The Second Part feels manufactured, the worst fate to befall a movie about plastic bricks. It’s not a bad film and it’s not a good film. It’s one that strengthens the mediocrity of such a concept, and that’s not ideal. It’s not anything. And that’s essentially nothing.

There’s gags, snark, and self-awareness aplenty, but none of it adds up to a film worth watching more than once or twice. The plot moves too slowly, through too much schtick-y muck. The visual gags are great (such as the one where a food vendor “plugs” his ears with two outrageously long hotdogs) and there’s plenty of sincerity, and that’s something. But the unexpected stakes and emotional maturity of its predecessor are notably, criminally absent. This is disappointing, especially because the trailers for the film felt like they were intentionally holding back. It’s just as mediocre as its promotional materials, and that’s possibly the worst part.

The cast turns in passable performances, but Chris Pratt’s Emmet is far less compelling and far less prominent than he was in the first film, a somewhat subtle creative decision that actually hinders the film. He’s still effectively the protagonist, but it’s Wyldstyle who commands our attention. She’s a great heroine, arguably a better lead than Emmet, but her story is treated as less consequential even though she’s the heart of the whole damn thing. Her treatment of Emmet kickstarts the whole plot, and by the end, it’s Emmet who turns dynamic instead of the one who truly needs growth. We’ve already got an Emmet story, damn it. 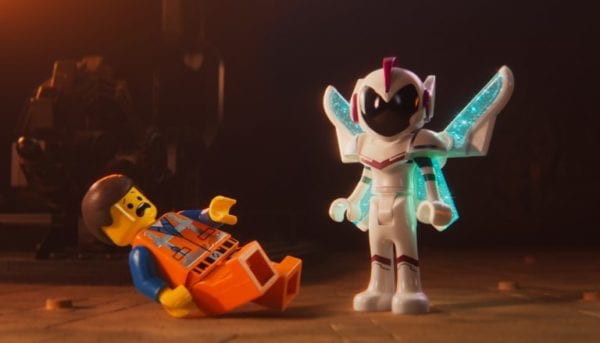 The Lego Movie 2: The Second Part is serviceable at its best and silly and unnecessary at its worst. It preaches the importance of friendship but cheats its actual protagonist out of an arc and suffers greatly for it.