Matt Rodgers reviews I Am the Night… 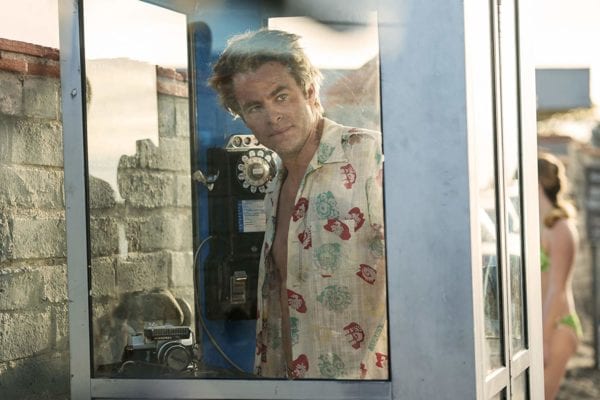 The television landscape is something of a battleground at the moment; Game of Thrones is looming over the horizon, and True Detective has just made a triumphant return to form with a slice of Missouri macabre. With networks jostling for position alongside the likes of Amazon (Homecoming) and Netflix (Maniac), featuring series headlined by faces normally beamed upon a multiplex canvas, what once might have been event television, now has to be something pretty special to stand out from the crowd.

In that category, I Am the Night has more than a few things going for it; reuniting Chris Pine with Wonder Woman director Patty Jenkins is the undeniable hook. So it’s pleasing to report that like Jenkins did with Pine’s Steve Trevor, making him so much more than your genre archetype, the same feat is achieved here. Combining his Hollywood golden era poster boy looks, roughing them up a bit, adding a cocksure vulnerability, and imbuing the character with a deep seated trauma that manifests in Pine’s terrific performance. Sam Sheridan’s measured script sometimes offers up some L.A. Confidential Bud White lite, film-noir cliche dialogue, but in Pine’s hands they feel authentic. He comes across like a man burdened by a past that the the limited series format never really gets time to explore, but the weight of the acting ensures that you feel it. 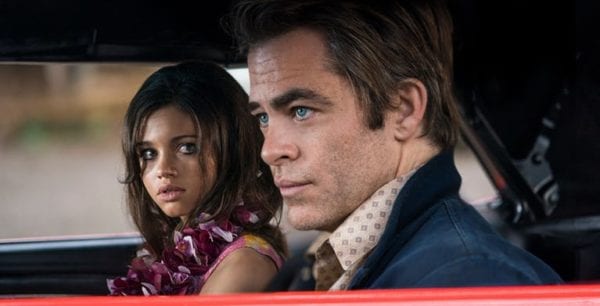 His equal in the narrative intrigue department is India Eisley (Underworld: Awakening), whose wide-eyed naivety carries you through some of the series’ more unsettling descents into darkness. She’s the perfect blend of the single-minded determinism of youth, that often leads her into some dicey situations – a wonderfully shot underground party straight out of Eyes Wide Shut – and innocence, all of which make you uncomfortably aware that she’s little more than a child.

The dynamic between the two also shakes I Am the Night out of its moody, languid, detective following the breadcrumbs pace. It takes a while for their paths to cross, but when they do they compliment each-other as characters and actors, which is essential for your investment in their own personal journeys, and pays off in an emotionally successful manner by series end.

Despite being Pine and Eisley’s showcase, the script still affords time for some impressive ensemble performances. Most notably you have Golden Brooks (Beauty Shop) as Jimmy Lee, Fauna’s adoptive mother, whose particular brand of parenting is at the high end of tough love, and Jefferson Mays (Inherent Vice) who is requisitely creepy in a role it’s best not to discuss for fear of spoilers. 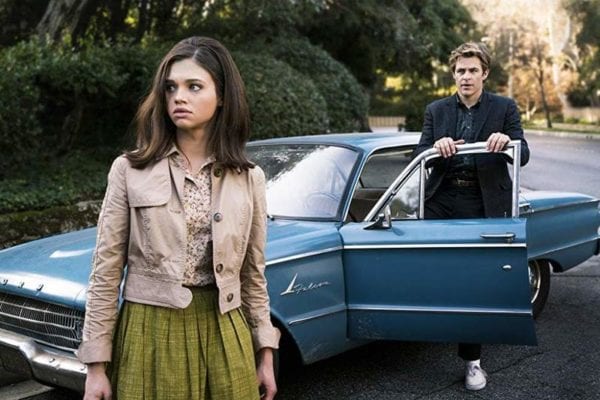 As the story unfolds, it’s the six-episode structure that becomes the series’ biggest handicap. It falls somewhere between being too slow-paced that you wish they’d condensed it into a movie, and having so many threads – corruption, racism, abortion, PTSD, murder, addiction –  that it could have easily filled double the amount of episodes. As a result, some lines of investigation feel under served, with the race to the finish a hurried affair that feels out-of-sync with what’s come before. The finale might meet the criteria in terms of ticking clock tension, but it’s Victoria Mahoney’s middle episodes that are the strongest of the sextet, largely because they feature the pivotal narrative beats.

I Am the Night is rich, luscious viewing, fully capturing the noir aesthetic of 1940s Los Angeles, and particularly excelling when it peers into the shadows occupied by mask millionaires and crooked cops. The new light it sheds on the Dahlia case, and the family dynamics involved, however much it might be skewing the truth, remains fascinating and gripping, fully capitalising on the current cultural obsession for historical crime. Those frustrated by the pacing should instead find solace in the captivating lead performances, and look at this Chinatown Tinseltown as a worrying reminder that not that much appears to have changed.

I Am The Night can be seen every Monday at 9/8c on TNT. At time of writing there is no UK Air date.