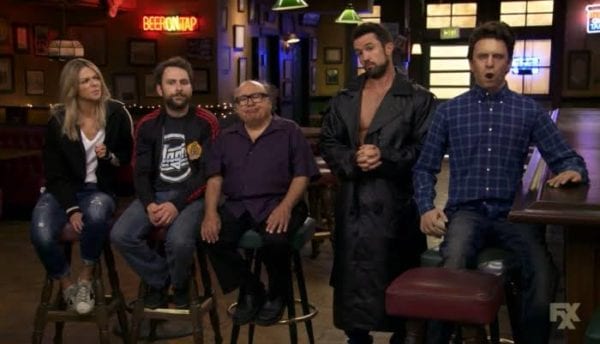 For a show that’s been going for so long, the most Always Sunny has seemed to change is in the look as production values have gone up. Arguably one of the most consistent long-running sitcoms of recent years, something that’s always seemed rational ever since the second season introduction of Danny DeVito is the relationships of the characters and the situations they find themselves in. This is in part because the show started at quite an extreme place in terms of tone and issues dealt with. However, that in thirteen seasons the show hasn’t yet jumped the shark is quite the achievement.

When compared to previous seasons, this one may not be up there with the best, but it still has its own stand out moments. Always Sunny, perhaps like The Simpsons, has the enviable problem of having to live up to some genuinely smart and hilarious episodes. At the other end of the scale, there are episodes that seem stop-start; episodes that perhaps lack momentum. This particularly hampers the first episode, which seems like a false start as the show works surprisingly hard to reintroduce Dennis. 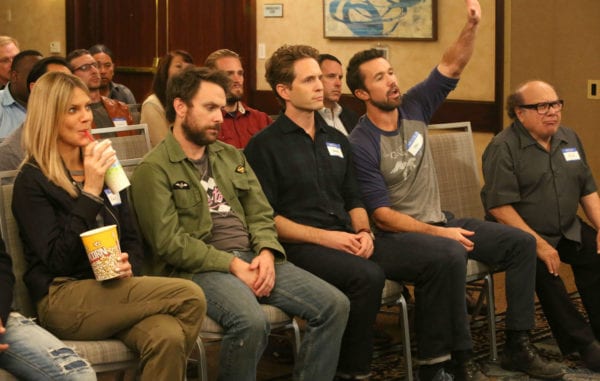 Moments and episodes that do stick in the mind are the ones featuring the gang being contained in the bar. Like a lot of live-action sitcoms, when the main characters are allowed to seemingly just live and act and react with each other, the show steps up a level. The two-parter featuring the Super Bowl is also a high point of the season, wherein Charlie is separated from the gang, with laughs and tension both in abundance, along with the delightfully aggressive and belligerent ending to the all-female reboot of The Gang Beats Boggs episode from an earlier season.

There are some of what could be called ‘typical’ Always Sunny episodes concerning issues currently being debated in real life, this time with focus being put on gender issues and sexual harassment. These episodes are brilliant in that they don’t deal head-on with the topics. Rather the debate is opened, certain hypocrisies from society are revealed but then the entire thing is flipped by the gang’s broken, twisted logic and style of argument (for example, Dennis condescendingly explaining that one hundred percent of men are capable of harassing someone before arguing time is up, but only if ‘you’re ugly and sloppy’). 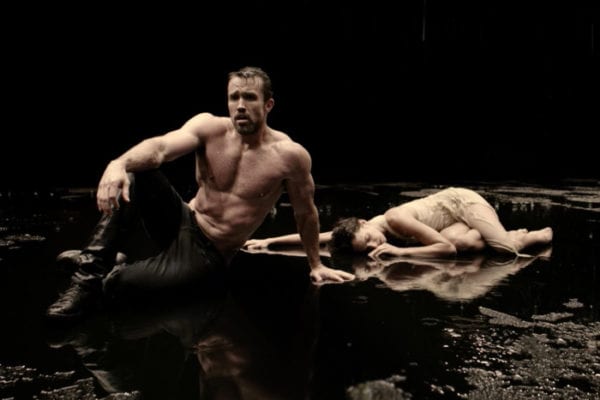 The season comes to an end with a scene that is well staged, beautifully shot and unexpectedly touching. A description of it here would be a disservice and a spoiler, but it’s unlike anything Always Sunny has given to an audience. Whether fans of the show will appreciate the shift in tone is up to personal taste as the final scene doesn’t go for laughs.

Overall, despite the stop-start nature of the early episodes, season thirteen of Always Sunny brings a brilliantly warped view of the modern world while somehow at times making the gang likeable. A recommendation for any fans of the show as well as for anyone who is on the look out for a sitcom that’s unapologetic and confrontational as opposed to crowd-pleasing and dull.