Despite a short delay to provide a bit of polishing up, developer Disaster Studio has announced the release of Plane Mechanic Simulator on Steam Early Access.  This new sim will take engineers back to World War 2 to tinker with some war winning fighter aircraft.  Watch the new launch trailer below to get a more detailed look at the aircraft needing a bit of TLC. 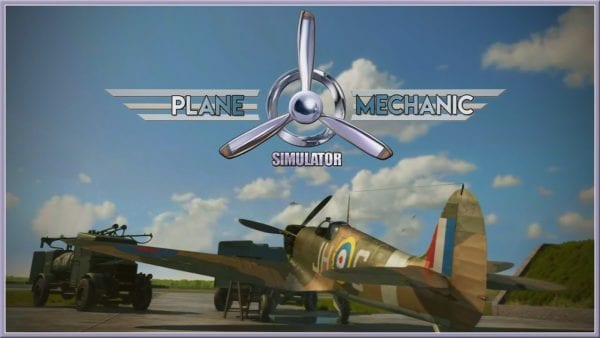 Plane Mechanic Simulator will take players back to an RAF base during the Second World War, don’t expect any bandits at 3 O’Clock though as players will be in the role of a ground crew technician working on some of the planes that helped win the war. There will be a number of different tasks available to complete ranging from simple refueling to the more challenging engine repairs and gun harmonization, in total there are almost 800 parts to tinker with.

Ground crew technicians will be to work on and repair 3 legendary British aircraft that have been meticulously recreated by Disaster Studios. These are the Supermarine Spitfire Mk.1, the De Havilland Tiger Moth and the De Havilland Mosquito.

As well as the opportunity to repair these legendary aircraft, the game will also feature a unique campaign that will see players assigned to a squadron to take care of a particular plane but fail to take care of the aircraft properly and there’s a chance the pilot won’t return.