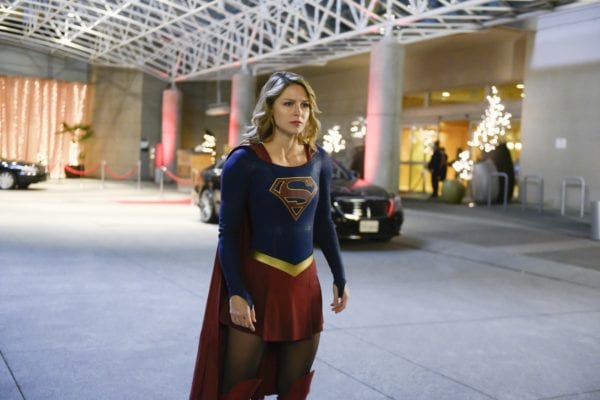 Symbiotes are strange things who bond with their human hosts, whisper advice, manipulate mood and make matters worse. What Supergirl seems to have this week is an issue with tone, story threads and an unnecessary desire to acknowledge Valentine’s Day. Things may hit the ground running but events soon peter out and momentum is lost. People and plot gets sidelined in favour of navel gazing, while introducing a villain early on who looks like she stepped out of Men In Black II, before ignoring her until those final ten minutes makes matters worse. Compounding that with needless segues into romantic misunderstandings, comedic asides and moments of mild tension only serves to exacerbate proceedings. 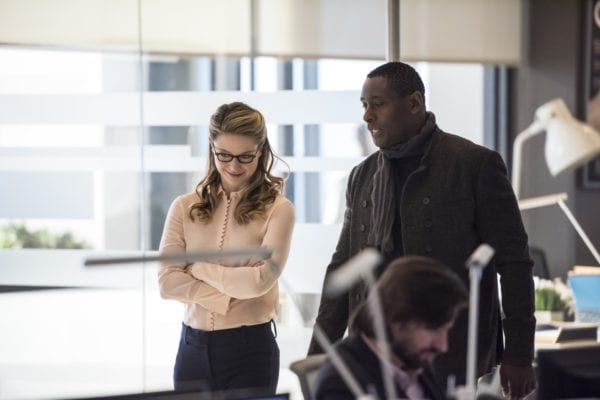 Whether the writers are building up a menagerie of lesser villains to act as one cohesive whole against our heroine or not events feel decidedly underwhelming. Alex is more confounded by her lack of progress unaware of the mind wipe which took place, while Brainiac has jumped onto the Valentine’s bandwagon and subsequently been sidetracked. Kara is suffering a case of sisterly blues due to Alex being wiped, while James and Lena remain at logger heads over moral matters and romantic intentions. J’onn it seems is the only well balanced person amongst them with his newly formed PI practice and noticeable influx of gratitude from clients and friends. 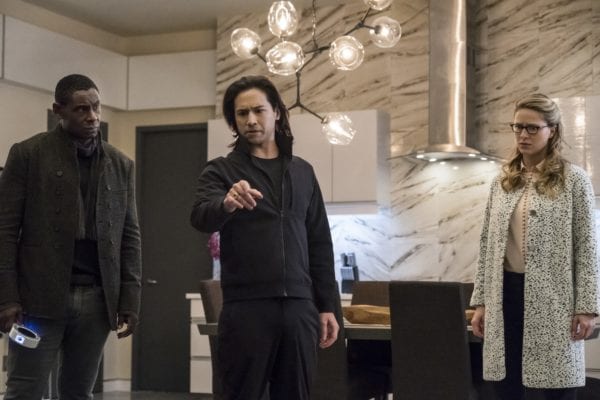 Meanwhile in prison Lockwood remains interesting if a little neutered. Encased by concrete and steel this media savvy anarchist is keeping it in the family, manipulating the press and using those closest to him for selfish purposes. There are throwbacks to Venom and a sense of things ramping up as we pass the mid-way point for season four, but Menagerie feels lacklustre in comparison to other episodes. More concerned with Valentine shenanigans from the fan favourites than making things engaging, only Nia Nal in spandex provides a moment of honest progression.