Martin Carr reviews the seventh episode of The Orville season 2… 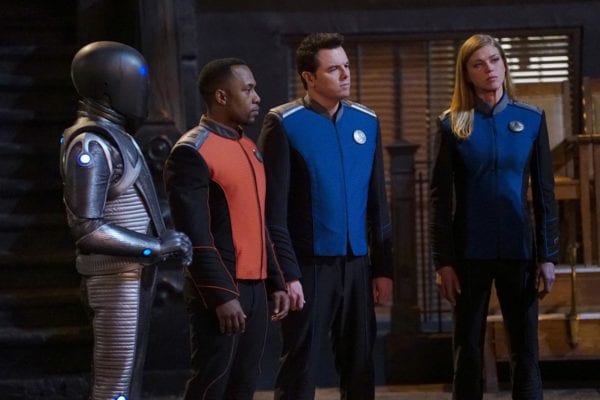 This week marks a rare example of Seth MacFarlane relinquishing writing duties to someone else. However tonal shifts are unrecognisable and The Orville manages to bring us another solid fifty minutes of television. Mixing it up between relationship concerns and melodrama it manages to avoid the saccharine associated with other television shows, but instead using such segues as jumping off points to explore deeper issues.

Kelly and Cassius have reached an impasse and Bortus has the arrival of an ex-boyfriend to contend with, while The Orville undergoes routine tests. There is a cultural disgrace following an unexpected attraction, while any fall out is handled with subtlety and respect whilst addressing wider topics. There is a minor drop in the quality of comedic asides which somehow fail to land, while the essential broader underlying narrative touchstones remain intact. 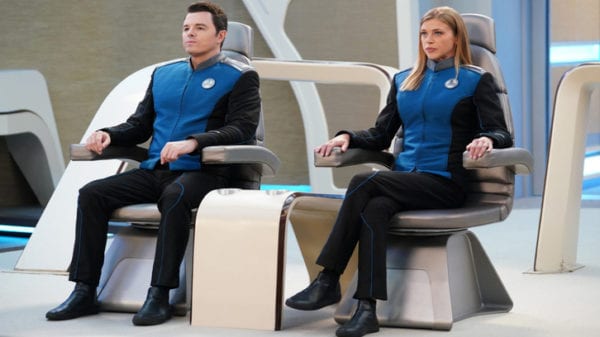 Deflectors lacks a small amount of the complexity which has remained integral, yet cultural diversity, sexual discrimination and social prejudice are still addressed alongside character progression. By inverting the issue of homophobia and touching once again on gender in conjunction with social constraints, this show is displaying a level of bravery others rarely touch on. As ever it remains the groundwork which has been laid with care by MacFarlane which plays a large part in this.

Our investment from an audience perspective is complete as these characters have been written riddled with recognisable flaws. It remains thought provoking, touching and above all realistic all be it in a heightened sense. Happy to play at murder mystery as much as slapstick humour MacFarlane has helped establish a chameleon of mainstream entertainment, with solid writing and committed actors in tow. 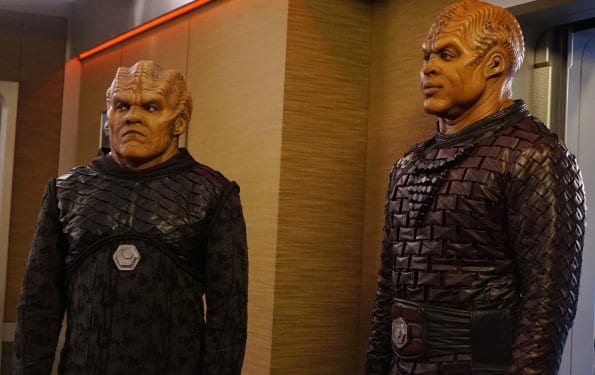 Fresh – Another glorious slice of sci-fi sitcom gold, comprised of accomplishment, solid character work and narrative realism which keeps The Orville going from strength to strength. If Fox have failed to green light a season three discussions should start now.