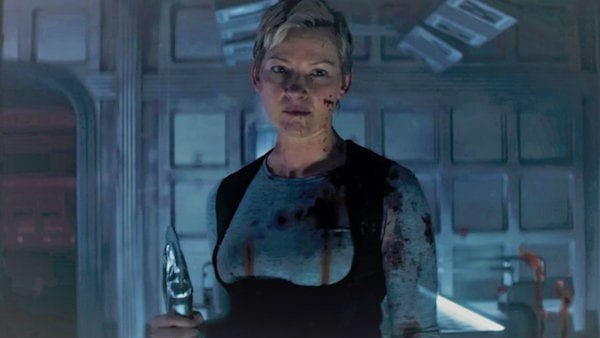 Nightflyers takes place in 2093 as a crew head towards what they believe to be an alien ship lurking in the depths of space, but as they inch closer and closer it’s clear that a malevolent force has other ideas about their voyage. The series, based on a novella by Game of Thrones‘ George R. R. Martin, makes an interesting promise to the audience in the opening few minutes that set up a particular expectation for the ten-episode run. It’s a brutal beginning that brings a foreboding sense of dread that fills every scene from there on out.

The set-up is that the Earth and its interstellar colonies are becoming overrun with disease, famine and a general panic about survival. The crew of the Nightflyer are heading to find a race they call the Volcryn in hopes that they can give humanity access to their technology to reinvigorate society. So although the story is about first contact with alien life, it’s actually a gripping futuristic ghost story with a mean bite. Most of the main characters have a skeleton in their closet haunting them through the void, and as the series progresses it silently psychoanalyses the key members of the crew. It has an incredibly strong start from a story point of view as it sets up several layered mysteries, but they would ultimately have more of an impact if there were less episodes. While the main focus is on Eoin Macken’s Karl D’Branin’s efforts to get the Nightflyer to the Volcryn, the underlying stars of the show are actually Maya Eshet’s cyberneticist, Lommie, and Sam Strike’s telepath, Thale. Eshet’s quiet performance develops as she learns to be bold and demands the audiences attention. Whereas Thale is written with a bleak sense of humour that borders on black comedy, which brings some levity when the show is at its darkest.

Unfortunately, once Nightflyers gets to the midway point of the fifth episode it loses focus and tumbles into a tangled mess of concepts, and dwindling plot threads. At times the story seems to waiver, resorting to the cast just panicking to each other in hushed tones and huddling in eerie corridors. However there’s no denying the gorgeous set designs for the labyrinthian nature of the ship. The practical sets are refreshing to see, when it could have been easy just to add it all in with special effects.

The sprawling ship alongside an all-seeing A.I. brings an essence of 2001: A Space Odyssey. But it’s with that revelation that something becomes very clear. There are countless tropes and themes here recognisable in a whole list of sci-fi and horror movies. There’s a psychological horror sprinkling of The Shining, mixed with Danny Boyle’s Sunshine and even a splash of Pandorum for good measure. At times it has a deadly warning about meddling with technology and forces beyond our control that is very reminiscent of Black Mirror. And although the novella and subsequent movie adaptation debuted in 1980 and 1987 respectively, seeing all these tropes and themes that are so synonymous with other classic movies becomes rather cliche and boring at times. Although, that isn’t necessarily a problem with the show itself, rather the timing of it’s release. 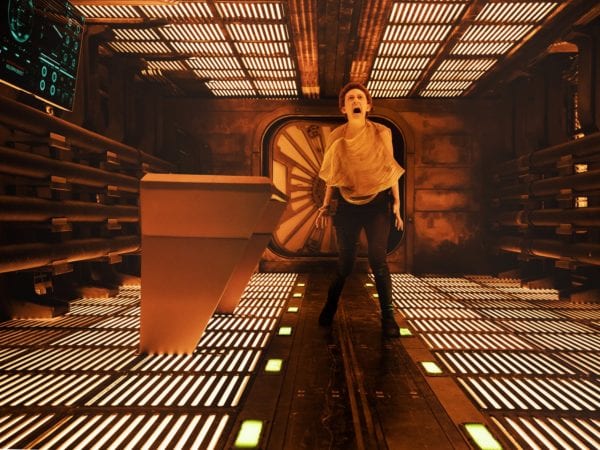 While it comes from the mind of George R.R. Martin, this is a very different beast to Game of Thrones. It’s like if Event Horizon was a road-trip movie.  It’s not necessarily scary, but it is littered with unnerving moments. Fans of body horror won’t be disappointed either, there’s plenty of it scattered across the series. Crawling torso’s, telepathic torture and even human combustion, it’s all here. One episode in particular will make most men wince and cross their legs as a cultish group find a new way of keeping their own society alive. Annoyingly the series tends to lean on shocking its audience rather than thoroughly developing the plot or some of the outlying characters. Luckily it’s shot beautifully, with swirling cinematography to match the spinning rims of the Nightflyer. It is a genuine visual treat, and it’s obvious that time, effort and care has been put in to craft the series’ vision.

It might be chock full of uncomfortable violence and horror, but it doesn’t quite have the substance in the story to make this a top class sci-fi series. But, Nightflyers is an entertaining watch for fans of dystopian futures, and could quite easily develop a cult following.