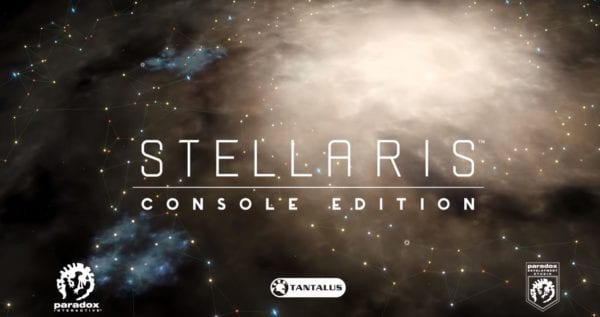 Since I made the full-time switch from PC gaming to console gaming around 15 years ago there is only one genre that I have truly missed, that has never translated as well without the use of a mouse and keyboard, that has never truly grasped the console world; strategy games. Those that have made the crossover have been mediocre at best and soon become tiresome to play, but despite this I was excited about the release of Stellaris: Console Edition. I’d be vaguely aware of its existence, but as with anything only PC based I ignored it with petty jealousy aimed solely at my PC brothers and sisters. Xbox One and PS4 are getting, not just a strategy game, but a Grand Strategy game!

Comparisons are always going to be made to the best known strategy game, Civilization VI, and they do have some similarities, such as building an empire, researching technologies, exploring the world (well, galaxy in Stellaris’ case). To be honest, the comparison as a reference point can end there, Stellaris is an entirely different beast compared to Civilzation VI’s console port on the Nintendo Switch. The level of depth that Paradox have managed with Stellaris is quite staggering. There are plenty of default races to choose from but the level of customisation available for your fledgling empire is extraordinary. Choose to build an empire based of the ideals of the United Federation of Planets from Star Trek, you can. Just as you can rule with an iron fist, manipulating your government in a way that even Palpatine would be proud of (force powers not included) and everything in between. 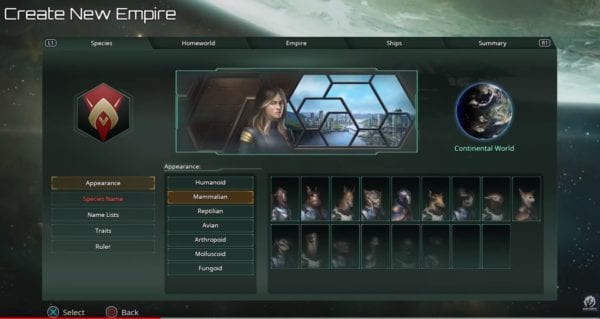 That’s just the beginning of the depth used to immerse you in the Stellaris Galaxy. Each new system discovered and surveyed is unique and wondrous in its own right. At the heart of each new solar system could be Black Holes, Pulsars, Red Giants, White Dwarfs and within each of them you could get a system awash with resources, habitable planets, asteroid belts, gas giants, a multitude of moons or simply nothing. The variety is mind-boggling. If those enticing ingredients aren’t enough, randomly generated scientific anomalies and technological wonders are scattered throughout the galaxy waiting to be explored and their secrets revealed. All of this makes Stellaris highly addictive and replayable.

The greatest weakness of any strategy game on a console is its User Interface (UI) and Stellaris’ is no different. For the most part the UI works well but all too often I found myself setting a ship’s task then a few clicks later I’ve accidentally sent it to the other end of my empire while trying to select a planet because it hasn’t intuitively turned off the ship tracking once a task is set. It’s a minor annoyance, but when juggling the control of numerous ships of various classes it becomes a frustrating experience. The tutorial could also do with a little more work. Tutorial is a little generous a term, it’s more a hints and tips as you go and only after repeated uses do things start to become more evident for novice players. The real lifesaver in these situations is the Situation Log. If you’re ever lost, head to that and there’s usually breakdown of what to do next. Having had no previous Stellaris experience the tutorial seems a little light for most newcomers to the game and the first run through will end up being a practice game rather than the beginning of imperial expansion. A controller is never the best way to play a strategy game but Tantalus, who worked on the Console Edition, deserve credit for find one that always such a complicated game to even be able to make its debut on PS4 and Xbox, it takes a little getting used to but it definitely works.

It may be a simple thing to some, but sound is always important to games. FTL, Mass Effect, No Man’s Sky and Skyrim have some of the greatest soundtracks I’ve ever heard, they add to the experience. The soundtrack to Stellaris is in that category. It is stunning and a delight to listen to as you send your ships off into the great abyss of space. The spacey instrumental background music is perfect to either listen to as you go along in your galactic business or simply ignore as you focus on crushing your enemies. 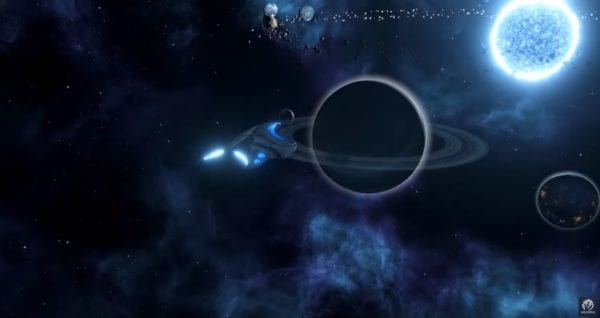 Great love and detail has gone into Stellaris, Paradox deserve a lot of credit for making such an addictive and in-depth, space themed Grand Strategy game. It has a few flaws, some transferred over from the PC version and a few created due to the target consoles limited controls. One other negative I’ve learned is that Stellaris: Console Edition uses a version of the PC edition that is approximately 18 month old. It’s understandable that there had to be a cut-off point were both editions branched off, but hopefully this won’t negatively affect the Console Edition and the support for it moving forward.

If, like me, you’re a strategy fan who is missing their fill of 4X games then Stellaris: Console Edition is a must buy for you. Up to 600 systems to explore, alliances to build or destroy, a host of futuristic technology to discover to aid you in whatever your goals might be. It does contain its faults but it is easily the best strategy game to ever be on a console.

Stellaris: Console Edition was reviewed on a PS4 Pro.

Stellaris: Console Edition is out 26th February on PS4 and Xbox One.