The first season of Happy! premiered on Syfy in December 2017. Little was known about the project besides it being a fantasy, black comedy series based on the four-issue comic book series of the same name created by writer Grant Morrison and artist Darick Robertson. As the reviews began rolling out and more and more episodes aired, it became very apparent that Happy! was a unique project that fans of this genre were taking note of and greatly enjoying. Enjoying because it didn’t fit the mold of anything that is currently on tv, outrageousness wise. Cut to this week, season 2 is premiering around the premise of “making Easter great again.” Before the premiere we decided to speak with the show’s composer Guillaume Roussel (CBS’s Ransom, Audience Network’s Ice) and discuss everything from how he became involved with the show to the process of scored an animated character in a live action world. Read the exclusive interview below.

How did you become involved with Happy!?

I got a call from my agent saying they were looking for a composer that had some experience in doing a score with groovy music mixed with a rock sound. I thought this sounded like an interesting mixture, so I sent in a demo. 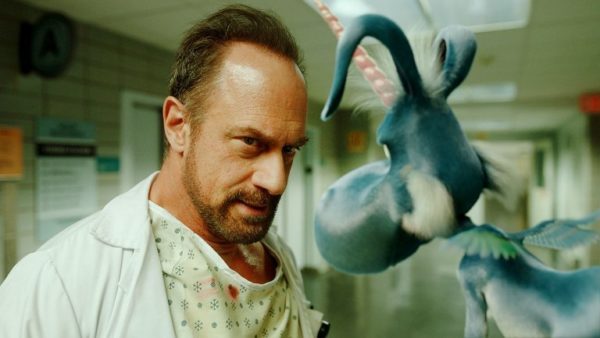 How would you describe your score for the show?

That’s a very interesting question. I’m directed by showrunner, Brian Taylor, whom has a brilliant, free, wild brain. That’s what I love about the show. Brian goes in a lot of different places and doesn’t refrain from his ideas. He likes to go in a lot of extreme directions even though it sounds crazy. This is the same for the music. My score goes in so many directions it’s really hard to describe it. It goes from sounds of the 80s, to something more sophisticated, to something more sound designee then back to more traditional. The music is very rich.

You also scored Season 1 of the show. How is the Season Two score different from the first?

This season has a very new approach, musically. One of the differences is it has sounds from the 80’s that we would call Miami Vice type sounds. Brian loves that type of vibe. There are just a few of those cues but they are important. Basically, we are trying to do our own version of 80’s music. 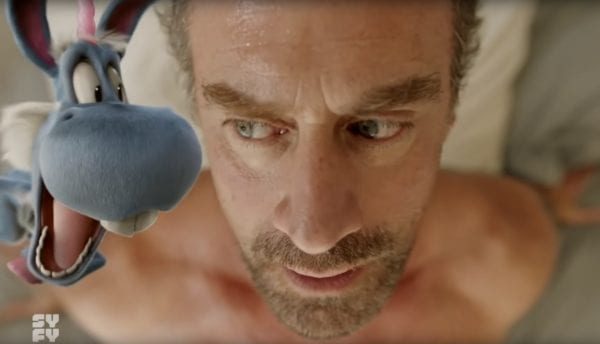 Do you have a favorite episode in Season 2, musically?

I think one of my favorite episodes was episode three because I was lucky enough to be asked to write a musical. The actors start singing and then break into a big dance sequence. This was to “Put on A Happy Face” from Bye Bye Birdie. We had a lot of fun with this. Getting to work with everyone from the actors and chorographers was a blast for me as composer because that doesn’t always happen. We were lucky enough to record the song at Capital Records with some of the top musicians. Overall it was a great experience.

You have scored dramas such as Ransom & Ice while Happy! is more of a comedy. Which genre do you find more difficult to score?

Comedy is definitely more difficult to score. I’m saying that as a French composer. I used to do a lot of comedies because in France, about 80% of entertainment is comedies. We learn very quickly because we don’t have any other options of how to score these. I think this is one of the most complicated tasks as a composer. 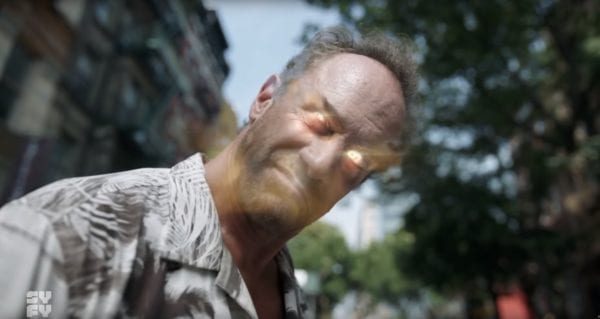 One of the main characters, Happy, in the show is animated. Whenever you are scoring the show are you scoring to the final draft with him already included in the episode? If not, how do you find the right tone for him and his scenes?

I would say the team that works on Happy’s animation is doing a great job because I work on the not finished version of him, but that version still looks great. The animation aspect is never an issue because I can already tell what the characters expressions and movements will be by the drafts they give me.

Many thanks to Guillaume Roussel for taking the time for this interview.