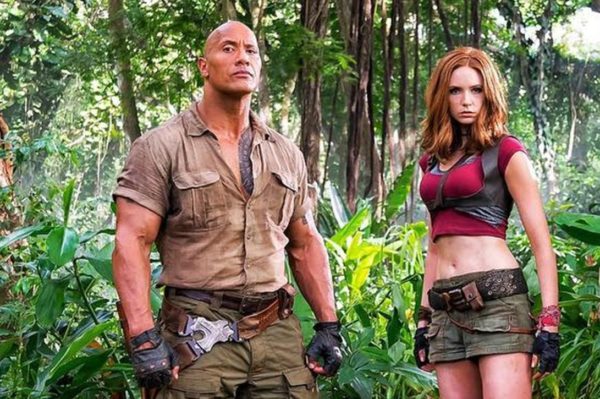 As filming continues on Sony’s Jumanji: Welcome to the Jungle follow-up, Dwayne Johnson has shared a new behind the scenes image from the set of the comedy adventure threequel which sees him joined by co-star Karen Gillan, as well as hinting at an awkward romantic scene between their respective characters Smolder Bravestone and Ruby Roundhouse.

Shooting our new #JUMANJI with my partner in crime @karengillanofficial and if we look like two extremely awkward teenagers in love while trying to manage our insane superpowers in our JUMANJI universe ~ that’s because we are. Absolutely love working and getting absurdly awkward with this gal. #RubyRoundhouse aka #KillerOfMen #DrSmolderBravestone #AwkwardTeenLove 🖤❤️ #JUMANJI THIS CHRISTMAS 📸 @hhgarcia41