Currently sat under my PS4 there’s a basket that contains a large number of controllers, from PS1 wired controllers to Wii Nunchuk’s, but the largest family of “Gamepads” that currently hangout in there are for my PS4.  In total there’s four – the original black one that came with the machine from way back when (the L3 press is dodgy), two more recent black controllers and a rather snazzy blue one.  The main thing which they all have in common is that they are all official PlayStation controllers. 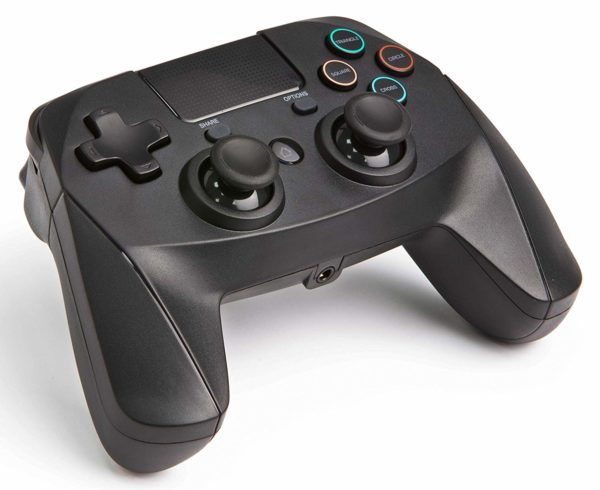 Now however, it’s finally time to expand my horizons as I allow into my PlayStation gaming life a controller that doesn’t come with the branded Sony symbols printed all over it.  It’s time for the Snakebyte Wireless Game:Pad 4S to show me what it can bring to my playtime and I’ll be honest here, my official controllers are like comfortable slippers (even the one with the dodgy L3 press) so it flipping better impress!

Straight out of the box, instantly you’ll see that the Snakebyte Wireless Game:Pad 4S isn’t just a replica of the official controller with their company logo slapped on.  This entire gamepad has been designed from what seems like the foundations up, keeping only the Dual Analog Control sticks in the middle; yet even these aren’t exactly lined up to the original.  Everything here has changed. The look, the feel, how you use a controller, Snakebyte have taken what you know as a ‘Social Gamepad’ and compacted it to a ‘Lonewolf Gamepad’! 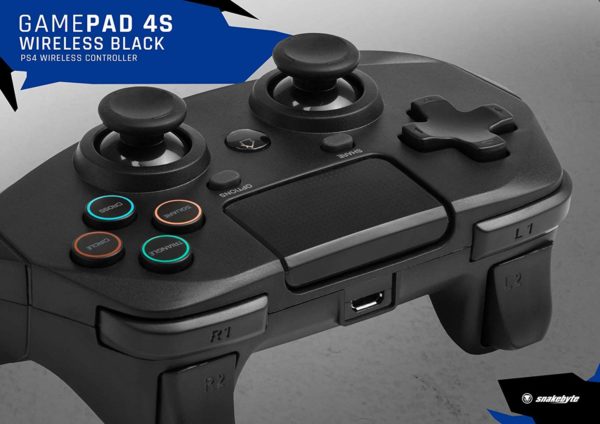 The first you’ll see is that the friendly Sony PlayStation Triangle, Square et cetera symbols have been dropped and replaced by the just the words instead i.e. Triangle, Square et cetera.  Cosmetic yes, but still this first major change shoos away any future players that are unsure of the way around a PS4 controller blindfolded. Then you’ll notice the battery-draining glowing light bar doesn’t exist on the Snakebyte Game:Pad 4S Wireless, instead all you have to signify that this gamepad is powered on is a) the Home Button glows and b) you’re using it.  With the removal of the light bar, Snakebyte have managed to build-in two larger L1 and R1 buttons, which nicely curve around the edges of the gamepad.  Added to this the Trackpad, which is barely ever used by myself, is smaller on the unit.  All of this brings together (slightly) as stated earlier, the Analog Sticks by around a quarter of an inch and then in-turn the buttons and the D-Pad.  This unit is designed for one-person in mind, The Gamer.

This is shown especially in the controller’s build.  Granted the PS4 controller was never uncomfortable, but here Snakebyte with the Game:Pad 4S have given the controller a chiselled design so it rests comfortably under your thumbs, with the rest of your digits easily reaching every newly built trigger and analog stick. 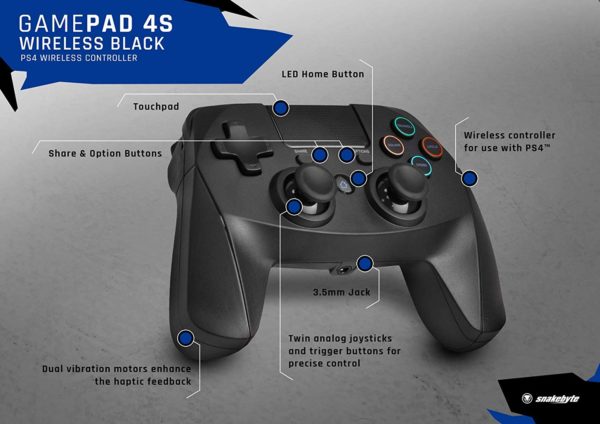 There are however a cluster of things that even a well-seasoned PlayStation lover found a bit misplaced on this latest offering.  Ignoring the obvious lack of PS Symbols (it seems slightly weird not seeing them on a controller) my initial issue lay in the placement of the ‘Share’ and ‘Options’ buttons.  Whilst these aren’t overused day-in-day-out, you can easily access them on the standard PS4 controller. Yet on the Game:Pad 4S they are placed just above the Analog Sticks, meaning when you do want to press either you’ve got to bring your thumbs awkwardly around the sticks to do so.

Our next issue actually lies within something I’m generally demanding from most modern controllers – micro-switches. The Game:Pad 4S has micro-switches throughout its build and I can’t thank Snakebyte enough for implementing them, but – and this is a fussy “but” – they are unfortunately to firm under the Analog Sticks.  To say, “you have to apply force to push down the a stick” is making the minor issue sound bigger than it is, but pushing down on L3 or R3 to get the “CLICK!”  to start your run or action does seem to take a little more effort than it would on an official PS4 controller. 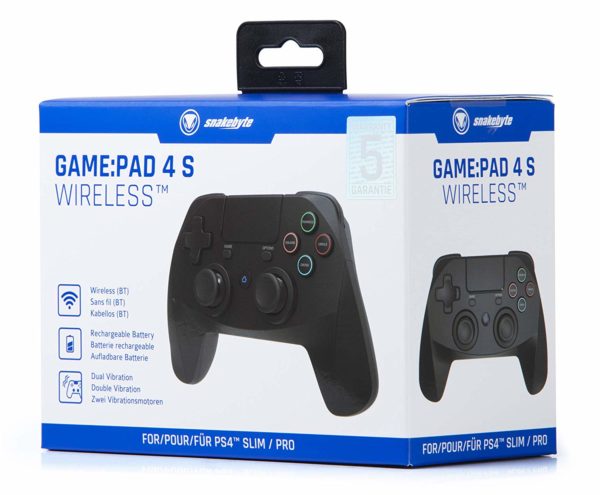 These minor complaints aside, the Snakebyte Wireless Game:Pad 4S is an excellent controller.  You feel like this is built for a person (like yourself) who has been playing games for as long as they can remember.  If you’re thinking about splashing out on a new Gamepad – for you PS4 – before you hand over your hard cash consider looking at Snakebyte first. I’m looking forward to seeing if they deliver an Xbox One controller in the future.

The Snakebyte Wireless Game:Pad 4S was provided for review purposes. You can visit the official Snakebyte website here.