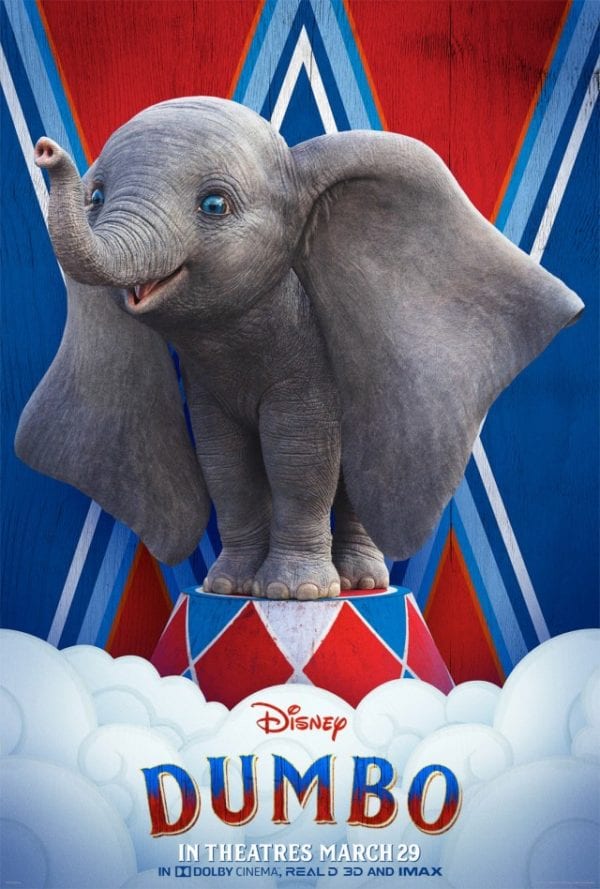 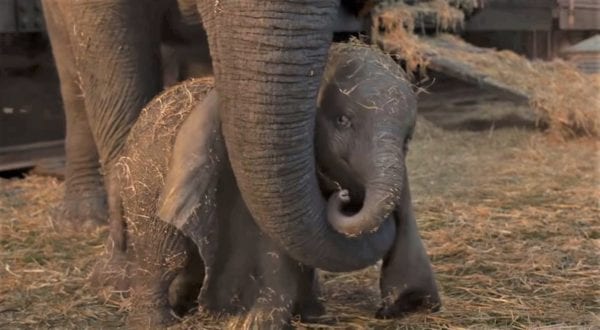 We all know the story – an adorable baby elephant with comically oversized ears is born, and after enduring bullying from the masses, he proves himself a majestic wonder before being reunited with his dear mother.

Curiously, this new version – written by Transformers franchise scribe Ehren Kruger – opts to compress most of the original animation’s narrative into its first half, after which Dumbo 2019 effectively transforms into a surprise sequel of sorts. On paper Burton and Kruger could’ve just served up a straight remake, but given the many cuts they’ve made to the original – there are no talking animals and songs are in much fewer supply – it absolutely behoved them to go further and flesh the story out.

The result is ultimately an uneven if unerringly sweet family drama which focuses on an amputee World War I veteran, Holt Farrier (Colin Farrell), and his two children (Nico Parker and Finley Hobbins) as they join Max Medici’s (Danny DeVito) troubled circus, and soon find themselves caring for Mrs. Jumbo and her little bundle of joy. 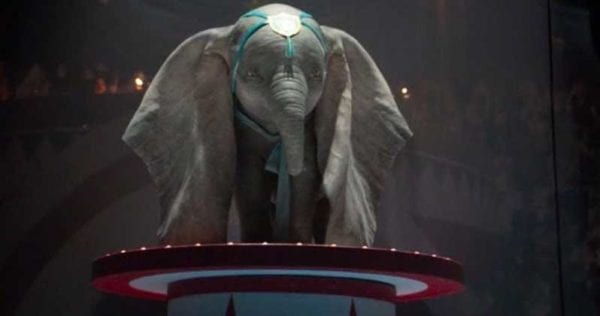 Despite some extremely ripe and obvious potential to draw parallels between the family and Dumbo – Holt’s missing arm makes him an “abomination” to many, just like Dumbo, and his kids are missing their departed mother, also like Dumbo – Kruger’s script oddly refuses to take advantage of it much at all. And while the film thankfully doesn’t place too much of an emphasis on the humans at the expense of the titular CGI attraction, it does result in the film feeling a little emotionally neutered in places.

What it categorically does get right, is Dumbo himself. Brought to life with fantastic state-of-the-art visual effects, the doe-eyed elephant is sure to delight audiences young and old alike, with numerous sequences tailor-made to exploit his inherent cuteness to the nth degree. The heartbreak of Dumbo’s separation from his mother and subsequent exploitation by both Medici and enterprising, Walt Disney-esque businessman V. A. Vandevere (Michael Keaton), is totally palpable, elevated by a pronounced animal rights theme largely absent from the animated version.

And when Dumbo soars, so too does the movie, even if Burton’s direction feels oddly lacking in many key moments; epic show-piece sequences feel routinely rushed through, undercutting their impact, though most of the big moments still fundamentally work well enough. 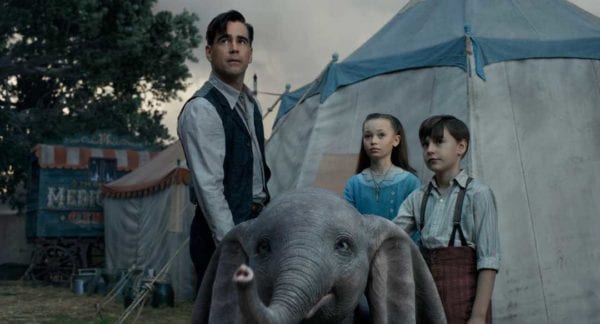 Especially disappointing is the reworked pink elephants sequence, which planes away the edges in rather cowardly fashion – there’s no drunk Dumbo here, sadly – and in turn much of its surreal, hallucinogenic power. Ultimately despite Burton’s undeniable suitedness to the material, the end result does feel weirdly anonymous, if not for a Danny Elfman score that’s laughably indebted to his prior work on Burton’s Edward Scissorhands.

As for the cast, they’re a wildly mixed bunch, as dictated almost entirely by the sloppy screenplay. Danny DeVito is the easy human MVP here, initially making his surly circus ringmaster a live-action cartoon, but eventually revealing some more human layers underneath.

He’s by far the most typical Tim Burton character in the movie – save for the oddball that is Dumbo himself, of course – and DeVito delivers exactly what audiences will be hoping for. Eva Green also continues her streak of elevating thin roles with her sheer charm and allure, making the bond between her French trapeze artist and Dumbo effortlessly appealing.

Elsewhere many of the cast members feel somewhat stranded with little to do; Farrell never rises above a cipher-calibre character, the performances of his screen children are oddly lacking in affect, and Michael Keaton’s Vandevere never quite strikes a consistent tone between campy lunacy and comic book villainy. As for Alan Arkin, he seems about ready to take a nap from first frame of screen-time to last. 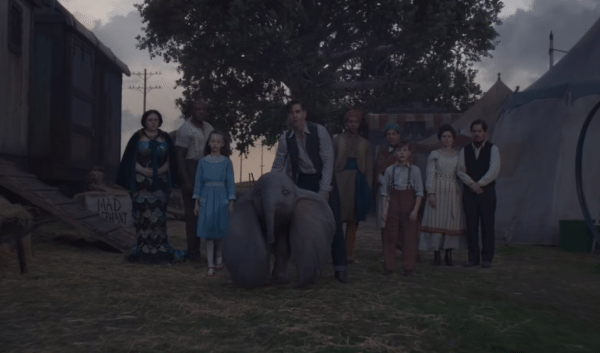 But Burton clearly knows who the star of the show is, and he certainly gets that part of the movie right; Dumbo himself is such a delight to behold in this new digital form that he’s able to single-handedly compensate for many of the film’s obvious deficiencies. Furthermore, Burton gives audiences an ending far more befitting of an animal protagonist in 2019; it is absolutely superior to the 1941 film in that regard, and sure to please those who find the original’s conclusion a tad too spare to be truly satisfying. Bring tissues, because you’re gonna need them.

Tim Burton’s Dumbo falls short of its incredible potential, but between its adorable title character, its semi-successful extension of the original story and its potent animal rights message, it gets just enough right. It’s certainly not going to displace the original movie as the go-to iteration of this story, but if you can abide the thin characters and frankly bizarre anti-corporate messaging – this being a movie produced by one of the most pervasive entertainment conglomerates on Earth – it is a mostly worthy companion piece.