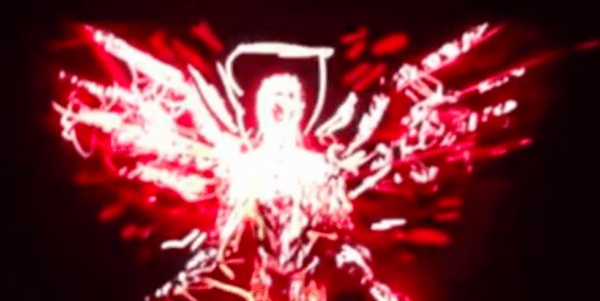 Star Trek: Discovery, in season 2, has done rather well in giving us a burning mystery with the shape of a ‘Red Angel’, and so far, our clearest view yet has come from Starfleet’s only Kelpien Officer, Commander Saru. Other than this, all we know about our system-spanning, time-hopping (possibly), crimson traveller is that it has been friends with Spock since he was a child, it turns up at moments that don’t appear to be anything important within Starfleet’s history, and is interfering with planets and civilisations on a global scale – hopefully for positive reasons.

Below we going to take a Trek-like punt at who could possibly be wearing those red-wings and hopefully we’ll see if we were right in the next few weeks (and if you don’t care to read, have a gander at the video version of the article here)… 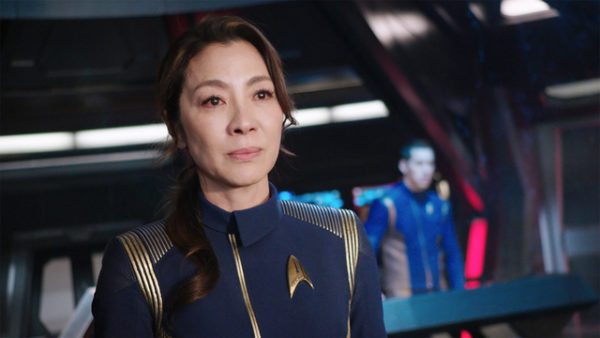 An total long shot, but with the recent resurrection of Dr. Hugh Culber thanks in part to a) the Mycelial Network and b) the ‘energy’ of the once dead doctor, would it really be asking much for our Cosmic Celestial (who originally rescued Saru from a doomed life) from being said Red Angel?  A few things could come into play here: we have the Captain’s Telescope left in her Last Will and Testament (to Burnham) tucked away in Burnham’s quarters, which has constantly been on the Discovery through each jump within the vast Network. Not only that, but we have had a jump to the Mirror Universe where Emperor Georgiou was discovered, perhaps this to could have born the Red Angel Georgiou.

We don’t have to have a body to make a body, that much has recently been shown.  Perhaps this “spacesuit” surrounding the Red Angel Georgiou is helping her stay outside the Mycelial Network for a short amount of time.

4) Spock’s mother Amanda from the future 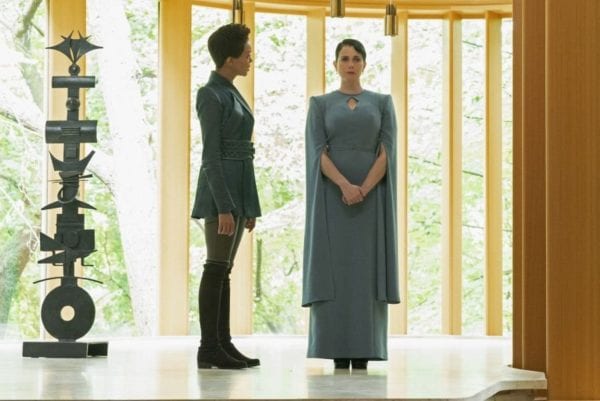 Your son is in trouble and you need help, what better way to get help than to spread out a line of breadcrumbs so vast and subtle that only one ship can follow them?  Knowing that Spock’s ‘Sister’ Michael Burnham is part of the Discovery’s crew and has the ear of the Captain, who is also the friend of Spock, both will do everything within their power to help their friend and family member.  Is there any better way to enlist the help of the vessel than to make it believe it’s on a ultra-important mission? As yet we don’t know what this mission is, nor does present day Amanda, but whatever it is Red Angel Amanda seems to have been there at numerous moments in Spock’s life when he has needed her.

3) Michael Burnham from the future 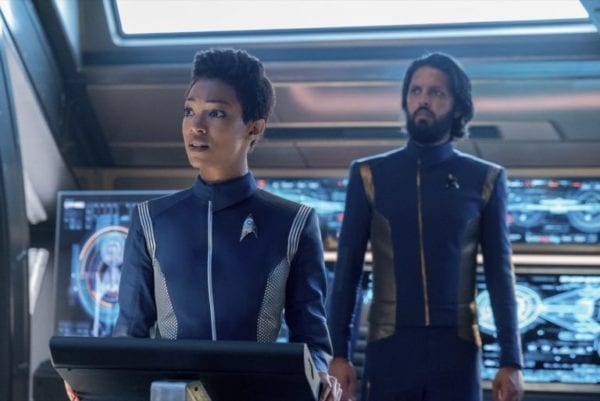 A number of people seem to believe Michael has a bigger purpose in this universe, none more so than Emperor Georgiou who has made it quite clear that Michael doesn’t know everything that is going on.  With more knowledge of Michael’s history than she clearly does, is our high-climber within Section 31 putting the pieces together in this Red Angel jigsaw faster than everyone else? Was the community that was uplifted in the episode “New Eden” linked to Burnham’s past and future?  We know how much Burnham values Saru as a friend and the Red Angel Burnham certainly made sure that the Saru’s sister (Siranna) no longer had to fear the Ba’ul; she too is aware of Spock’s troubles as a child too. We don’t know what the Red Angel Burnham has in-store leading the Discovery on this journey, but taking Spock to Talos IV will hopefully place his thoughts in order, which may answer a few questions.  One thing we know mind you, Pike won’t be visiting the Talos IV for a few years – his fortune cookie won’t be coming true just yet.

2) Tilly from the future, beyond the Mycelial Network 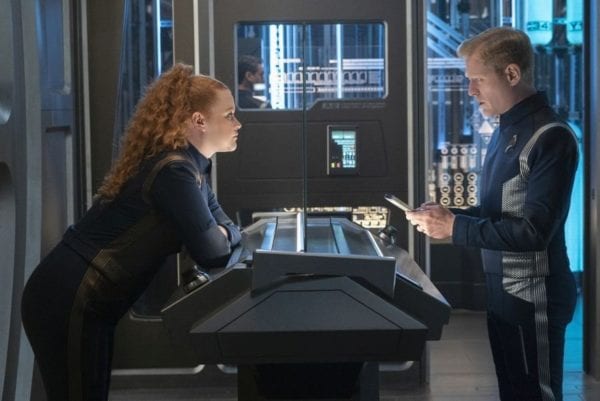 The Mycelial Network is coming to a close, as the use of the system is to be ultimately ended by Starfleet, Lt. Stamets and Tilly – using the chunk of Dark Matter asteroid – set to finding a new way to travel.  However, with Tilly’s minor brush from the Dark Matter blast earlier in “New Eden”, she finds herself somehow bonded with the material in the same way Stamets was with the Mycelial Spores. Suiting up and wired into the Discovery’s Transporter Bay, the first ‘transport’ is attempted via Dark Matter power.  Tilly unfortunately finds herself flung through time and space.  Knowing the only way to get back is for Red Angel Tilly to visit key friends, planets and to alter big enough events to hopefully trigger Burnham’s curiosity, in a hope for her to ask, “Why!?”, so that the crew of the Discovery can hopefully bring Tilly home. 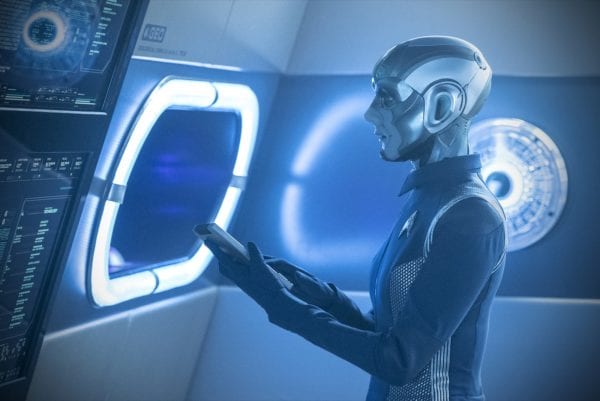 Airiam, the robot-like crew member, who in fact is a humanoid that took wearable tech one step too far, is our Red Angel.  After our updated probe returned for the future, becoming somewhat pre-NOMAD, Pre-V’GER and a lot Borg, it seemed to issue a DLC – via three red dots- to our crew member.  Though we cannot say for certain what happened here, the prospect of Airiam becoming rapidly updated with future tech (and in turn the Red Angel), or making a beeline for the next remains of the Red Angel’s visit and then to be sent back as another in a line of Red Angels or the Red Angel itself is a large possibility.  Though for what, who knows. Five hundred years could place the Red Angel tech in uncharted Trek waters – will we see the remains of the Borg or something totally different?

It was quite clear that the returning probe wasn’t on a friendly fact-finding mission and so it has to be said that perhaps Ash was right when he motioned towards the Red Angel not being the nicest of visiting harbingers of doom. Now when we look at the exploits of Red Angel Airiam we will ponder, ‘Was making the Kelpiens a violent and aggressive race, set on wiping out the the planets other occupant a good thing?’.

What do you think of our list? Did we miss anyone out? Let us know in the comments below if you can think of anyone else taking up the red wings, along with your thoughts on season two so far…