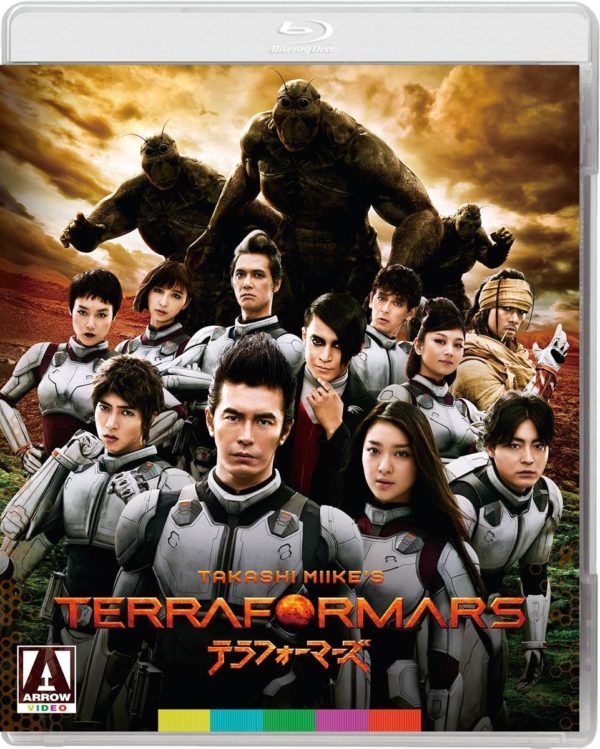 In the 24th century a group of social misfits are sent to Mars on a mission to destroy cockroaches sent there years before, only the roaches have evolved slightly. 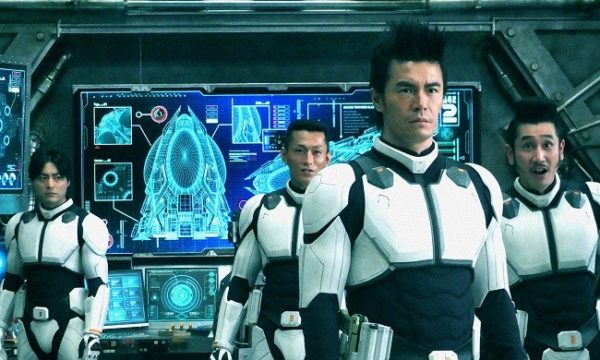 Based on the manga series and directed by maverick filmmaker Takashi Mike, Terra Formars (do you see?) has all of the ingredients for a Starship Troopers-style romp of mindless violence, bizarre characters and total carnage, and to a point it does deliver all of those, but somewhere along the way there is a bit of a conflict regarding what kind of movie the filmmakers wanted the finished product to be and what we end up with falls a little short of expectations.

But only a little short, mind. For the first hour Terra Formars races along at a fair old pace, starting off in Tokyo in the year 2597 where criminals on the run Shokichi Komachi (Hideaki Itô – The Princess Blade) and Nanao Akita (Emi Takei – Love For Beginners) are given the chance to avoid execution by agreeing to go on a mission to Mars where a new pesticide will wipe out the cockroaches that were sent there years before to make the atmosphere suitable for humans (don’t ask!), therefore making the planet suitable for humans to live. 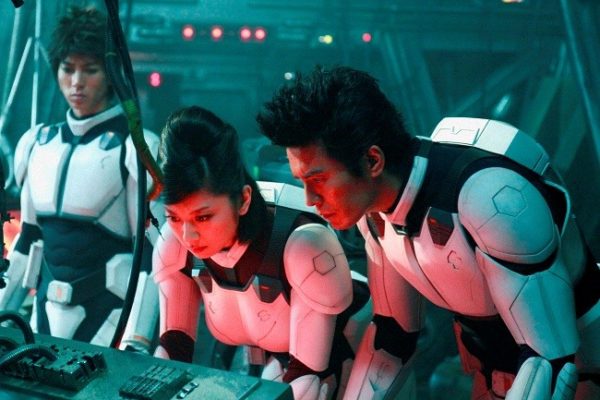 Once aboard the ship the couple meet up with several other misfit characters also given the opportunity for redemption by the strange Phil Oakey-inspired scientist Ko Honda (Shun Oguri – Azumi), but once on Mars the crew discover that the pesticide will be useless as the cockroaches have evolved from their original form into huge muscular humanoids who have learned how to use weapons, and they’re not happy. Thankfully the crew have been given insect DNA injections to give them insect ‘superpowers’ so the fight with the roaches is a little more even.

With a pretty perfect comic book/video game feel about it Terra Formars certainly looks the part, with a blend of location shooting and CGI green screens giving it lending the film a sense of hyperrealism that works with the X-Men-ish elements of the plot to bring the manga to life. The mutant cockroaches themselves are fairly bland to look at but the CGI is good enough to make their movements not be too distracting but the fun really comes when the shuttle crew take their injections and we are given a voiceover that details their superpowers before hitting us with an action scene that usually ends up in a gloopy massacre as waves of giant bugs are sliced and diced in various ways, and the costume designs for all the characters when they are transformed are colourful and fun, as is the hokey science we are expected to accept. 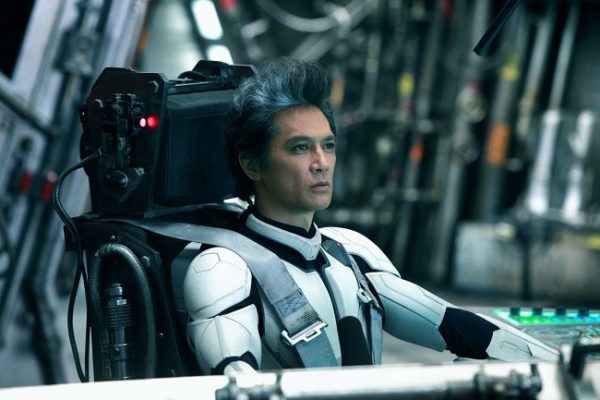 However, just past the hour mark the film slows down to a pedestrian pace as Miike stretches out scenes of exposition and attempted character moments to fill up the 108-minute run time, the movie clearly over half-an-hour before that and stumbling along towards the credits with very little happening in terms of action. There is a climactic battle that feels a little too convenient and contrived just to finish this story off and set up a potential sequel but the 20 minutes of tonally messy storytelling before that is a little too damaging to the overall momentum and the film never really recovers.

But pacing issues aside, Terra Formars does have enough going on in its first hour to appeal to sci-fi/action fans, giving enough nods to Starship Troopers, Star Wars, Aliens and Event Horizon to let you know what to expect, as do the stock character types that are thrown in but had that been done any other way then the running time would no doubt have been even longer. The film does display the manic energy of prime Takashi Miike and the violent action scenes are a blast, although slightly restrained when you consider the director’s filmography but it is a manga adaptation so it fits. Coming backed with a feature-length making-of documentary, cast and crew interviews, outtakes and trailers the disc is fairly loaded with information if you need more but taken as a movie on its own merits, Terra Formars is worth a look if you fancy some trashy sci-fi fun in the same vein as Starship Troopers but don’t expect to entertained for all of its running time because the film finishes a long time before the final credits roll.