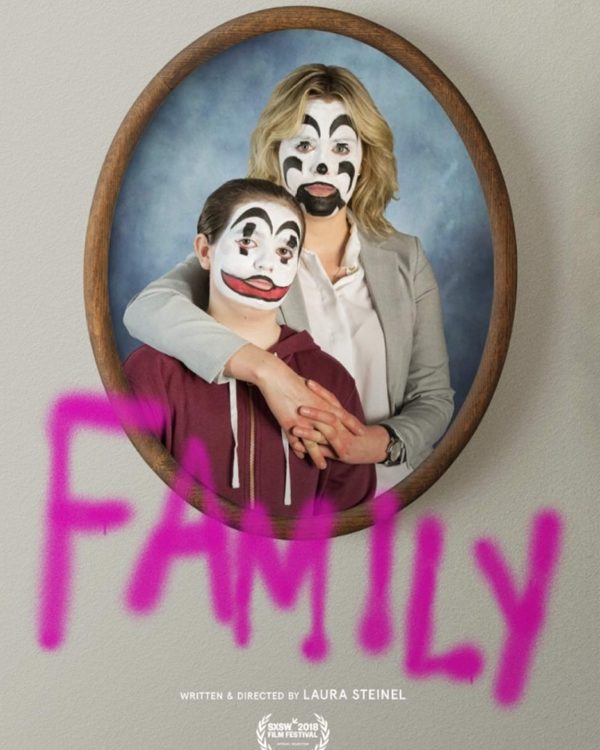 Kate Stone is career-focused, and enjoys her life that way. Her brash attitude keeps relationships at arm’s length, making her an outcast in her own right. 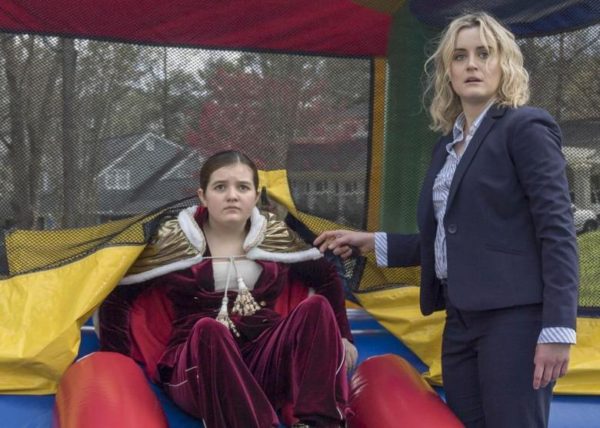 Arguably the least attention-grabbing film title of all time, Family mitigates that by parading out a host of on-the-rise notable names ranging from Taylor Schilling (Orange is the New Black), Brian Tyree Henry (Jesus, does this talented dude ever sleep or is he constantly impressing in movies), Saturday Night Live‘s Kate McKinnon in a glorified cameo, and newcomer Bryn Vale crushing her highest profile role to date as the bullied, oddball, socially awkward, but endearing teenager Maddie (characters in the film claim she is 11 while some synopses claims she is 13, so for reference I will state that Bryn was 14 at the age of filming) who is the heart of this somewhat conventional but told with sincerity and no filter story of middle school hell.

Kate (Taylor Schilling) is Maddie’s estranged aunt, who has been so career-focused her entire adult life that she doesn’t know anything going on within the family. She never sees anyone (not even her father as he enters drug and alcohol rehab), choosing to grind away at her corporate job, continuing to climb the ladder which, as she puts it, requires sacrificing all outside factors and basically treating everyone but dirt. Her brother’s mom becomes fatally ill though, and to make a long story short, with no alternative options it is Kate that must live in the family’s home for a week and care for Maddie while her parents drive out of town and handle the tragic situation.

For whatever reason, I admittedly was preparing for the worst; lowbrow humor, predictable gags, bad writing, whatever you could think of. I also don’t think it would be fair to blame me considering the movie opens in medias res with Kate at a Gathering of the Juggalos festival frantically searching for Maddie, but it becomes clear quickly that Taylor Schilling and Bryn Vale have strong chemistry and that writer/first time director Laura Steinel genuinely wants to explore complex family dynamics. Their excellent work together is amplified by how offbeat some of the character work for Maddie is; Kate is assuredly your typical workhorse, but Maddie isn’t traditionally weird. No, she enjoys LARPing (nothing wrong with that but it’s not helping her make friends with the spoiled rotten popular girls that, thanks to the R rating, are actually allowed to do mean and terrible, but most importantly authentic things that cruel kinds of teenagers do to one another), and seems to be having a question of identity at times legitimately believing herself to be a wolf.

Family also makes it a point that, for as work-oriented as Kate is, she is in some ways a better guardian for Maddie in the sense that she’s willing to listen and understand that the child is unfairly being forced into ballet when she much prefers taking unofficial karate lessons with sensei Pete (Brian Tyree Henry) from the establishment next door. Maddie’s actual parents are quite clueless and ignorant (the father is more of a dimwitted joke machine whereas the mother is so preoccupied with health concerns that she hasn’t really taken the time to actually get to know her daughter). On a related note, there is also the sensation that this black belted gentle soul is the only one that really understands Maddie. There is absolutely nothing wrong with being strange, but maybe it does take a greater number of caring individuals to raise someone so unorthodox. It all gives the highly predictable narrative trajectory some much-needed depth and food for thought. 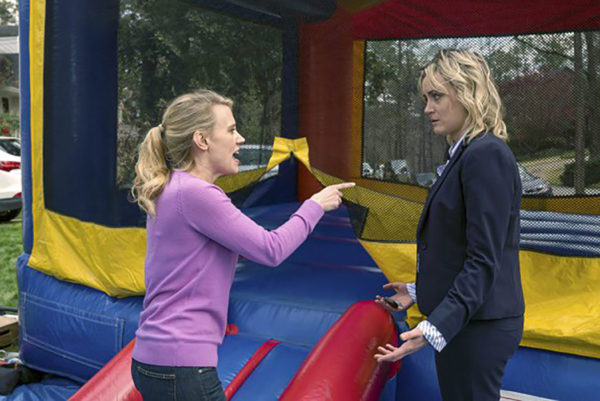 Needless to say, there is also a subplot that sees Maddie hanging out with a group of gas station workers that are Juggalos, and it’s where much of what Family is trying to say begins to show some cracks. Even if one can get past a supposedly 11-year-old girl hanging out with teenagers that are, at the very least, 16, it’s hard to actually buy into the Juggalo lifestyle and code actually being a productive thing. Once the climactic scene at the Gathering arrives, we are treated to all kinds of disturbing sights played for laughs (a knife randomly in someone’s leg as the guy bleeds out) that are juxtaposed with the Insane Clown Posse doing good deeds and the movie generally promoting Juggalos. The ending credits actually contain interview footage from actual Juggalos. At some point, I questioned what Family had morphed into; it feels like an advertisement for the ICP after an hour of good relatable fractured family dynamics. There is no feel-good story from any Juggalo in the world that should make anyone with their head on straight believes that these would be good friends for an 11-year-old girl. It’s confounding, to say the least, and nearly derails the charming study of family.

Fortunately, 20 minutes of Juggalos acting like wild animals and crazed fools is not enough to bring down the elements that work; Family certainly contains broad humor and a fairly straightforward plot, but it’s also not afraid to really make Maddie’s personality unabashedly bizarre, and Bryn Vale’s commitment to that character yields splendid results. Even during its most clichéd moments (Kate accidentally driving away from the gas station forgetting about Maddie), it works due to the chemistry between Taylor Schilling and Bryn Vale; whether the material is tired or inspired, their interactions are engaging.