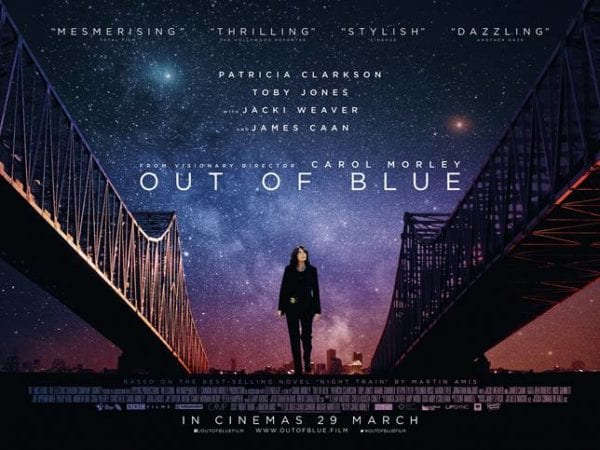 A veteran homicide detective is pushed to the verge of a breakdown as she investigates the mysterious murder of a renowned scientist, known for their black hole research. 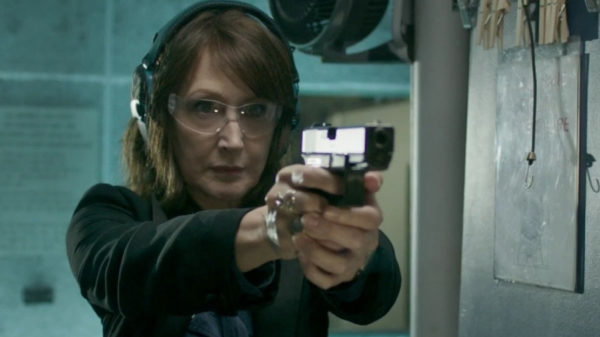 Anyone who is familiar with the work of Carol Morley – director of docudrama Dreams of a Life and schoolyard hysteria tale The Falling – will know this is not a filmmaker who likes to guide the audience through her stories on a piece of string. Instead, she’s content to simply leave the garden gate ajar and allow the viewer to wander through the narrative of their own accord. That ethos sits at the heart of Out of Blue, with the title’s missing definite article very much an avatar for the fractured pieces of this particular puzzle.

The film opens with an onscreen quote from astrophysicist Neil deGrasse Tyson, stating that “we do not simply live in the universe; the universe lives within us”. This is not a movie that’s afraid of indulging in pretentious cosmic musings, but the subsequent plot is something altogether different. Experienced homicide cop Mike Hoolihan (Patricia Clarkson) is called to investigate the murder of renowned physicist Jennifer Rockwell (Mamie Gummer), and Morley’s camera immediately picks out arresting details – a single red shoe, a discarded sock and the almost rhythmic dripping of her blood on to the floor of the observatory where she is found. Hoolihan “never reacts” to crime scenes, we are told, but there’s something about this one that shakes her up.

Much like the vastly inferior hard-boiled detective tale Destroyer from earlier this year, which starred Nicole Kidman, this is a boots on the ground story of thorough police work. Two suspects are immediately pegged as possible killers – Toby Jones’s very shifty professor and a fellow astrophysicist (Jonathan Majors), with whom Jennifer was having a relationship and who is seen early on missing the very sock that was found at the scene of the crime. 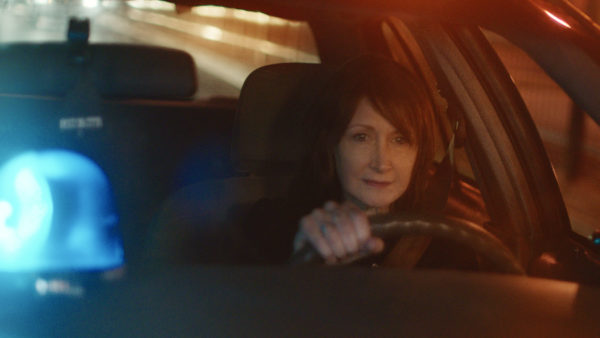 Morley delights in allowing the story, adapted from the Martin Amis novel Night Train, to unfurl in slippery and enjoyable fashion. There’s a lot of discussion about how perception affects reality, and the film itself seems to reshape and morph in front of the audience’s eyes. More accurately, though, the audience is seeing things as perceived by the rather unreliable Hoolihan – a recovering alcoholic with an unspecified trauma in her childhood. This point is hammered home by a reflection of Hoolihan’s face in a suspect’s specs and an evocative scene in which two mirrors facing each other illustrate the notion of a multiverse. Clarkson moves her hand slightly and watches as the multiple reflections mimic her, as if she’s experimenting with the theory at play.

Clarkson’s performance is a definite highlight and the film clings tightly to her in almost every scene. She’s not under layers of make-up like Kidman in Destroyer, but this is definitely a woman suffering from severe trauma. Moments that could be goofy, including her chats with a journalist who may or may not be a figment of her imagination, are kept relatively grounded by Clarkson’s work and her third act unravelling stays just the right side of cartoonish. The supporting turns work too, with Toby Jones suitably shifty and James Caan finding surprising depth in the rather brief role of Jennifer’s father. Mamie Gummer, too, gets very little screen time, but makes Jennifer utterly believable as a woman who believes that “we are stardust” and has devoted her life to explaining the cosmic.

But it’s in the film’s attempts to explain the cosmic that Out of Blue suffers somewhat. Some of the bizarre visual flourishes seem to come straight from a Brian Cox documentary and the physics babble that accompanies these scenes often stops the movie in its tracks. Initially, the references to Schrödinger’s Cat are interesting – and there’s a dark evocation of the idea late in the day – but it soon becomes a little wearying, when actually the crime plot does a solid job of bringing those themes to the fore in a less explicit fashion. 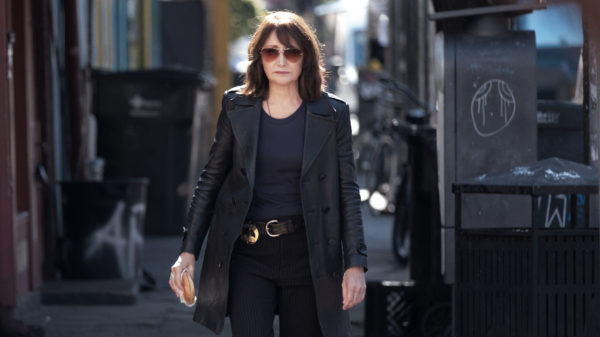 Out of Blue takes its time in telling the story and is just as interested in sticking its fingers into the protagonist’s brain as it is in solving the engrossing central mystery. In the hands of one of Britain’s most unique directors, though, and with Clarkson’s towering performance at its centre, this emerges as a film that asks all the right questions and delivers just enough answers to leave the audience satisfied – even if they’re still asking where that definite article went.