Transformers themed mobile fighting game, Transformers: Forged to Fight, is celebrating its second anniversary with a brand new update which features an all new Challenge Mission, reworked Alliance Mission Maps and updates to some of our favourite robots in disguise. 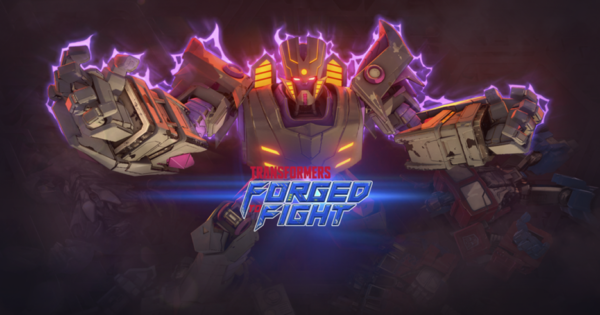 Developer Kabam have released a number of stats for the game showing how popular it has been among mobile gamers, these include over 32 million players worldwide (that’s more than the population of Australia), more than 452 million crystals opened and over a whopping 1 billion battles fought.

This latest update brings with it a new Challenge Mission for players to attempt, completing this new mission will provide exclusive rewards but only for a limited time.

Alliance Mission maps have been reworked and changes include update to Map 1 and 2 Bosses and Mini-Bosses, updates to Map 3 layouts and encounters as well as an increase in difficulty and rewards to challenge top level players.

A number of fan favourite Transformers have been updated, these include Hound, Mixmaster, Jetfire, Kickback, Starscream, Galvatron, Grimlock, Megatronus, Grindor, Dinobot, Sideswipe and Bumblebee (Dark of the Moon).

As well as the update a new Transformer will make his appearance on 18th April, players will be able to to add brawler class Decepticon, Thundercracker, to their roster.  Click here to see his stats and abilities.

Transformers: Forged to Fight is available on mobile devices.