Daniel J. Harris with a beginner’s guide to Cannes for independent filmmakers…

Festival de Cannes. Film stars from across the globe descend on a small French town to showcase their latest work. Boat parties, red carpets, glitz and glamour. But, what if you’re not a movie star? What if you’re an indie producer from Wales and you don’t have a film in the festival? Is it still worth it? I left for Cannes to find out. 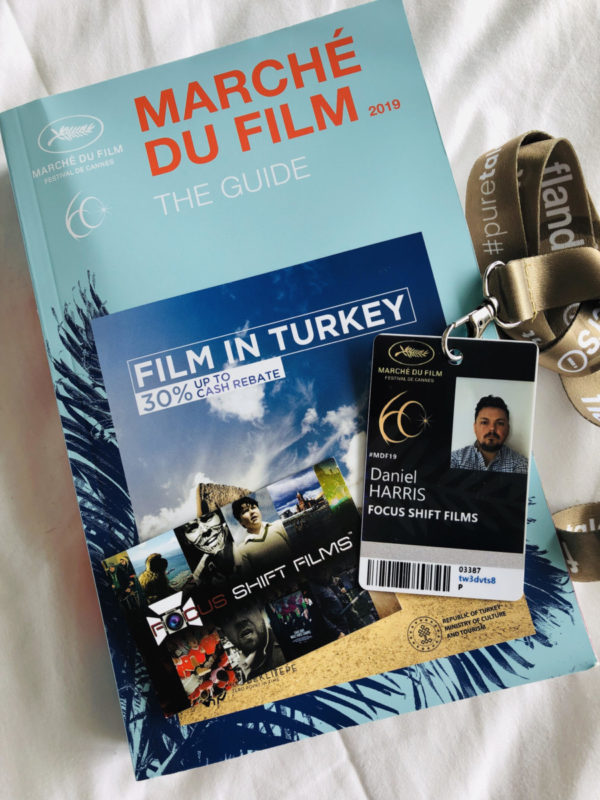 I’m Daniel J. Harris and my company is Focus Shift Films. I’ve created digital content for global brands, launched a variety of new projects and I also freelance at BBC Wales. My short Fire In My Heart was nominated for a BAFTA Cymru award in 2018 and I’m now looking to make the leap into feature films. I had considered attending Cannes last year, but didn’t feel that I had enough to offer any potential contacts that I could make at the festival. This year I felt different. With a slate of films in my armoury and a host of opportunities within my grasp I decided to do it. This is what I’ve learnt…

Accreditation for the Marche du Film can set you back up to £600 depending on when you apply and what you apply for. I applied for my accreditation on arrival so it cost me the full amount of 480 Euros, but if I had applied earlier it would’ve been less. There are other forms of accreditation for the marche that allow you to attend industry workshops or producers networking events – but they cost a little more and you have to prove that your credentials. Hotels and apartments can be very, very, very expensive in Cannes also! I opted for a hotel at the other end of Cannes bay that was just two stops and 10 minutes on the train. As a result the hotel was £600 for 10 nights instead of closer to £6000. Drinks and food in the fancy bars around the Palais can also be expensive, but places like the UK Film pavilion you can get free tea and coffee, plus small baguette stalls around Cannes can furnish you with an 18 inch baguette for about 3.20 Euros! 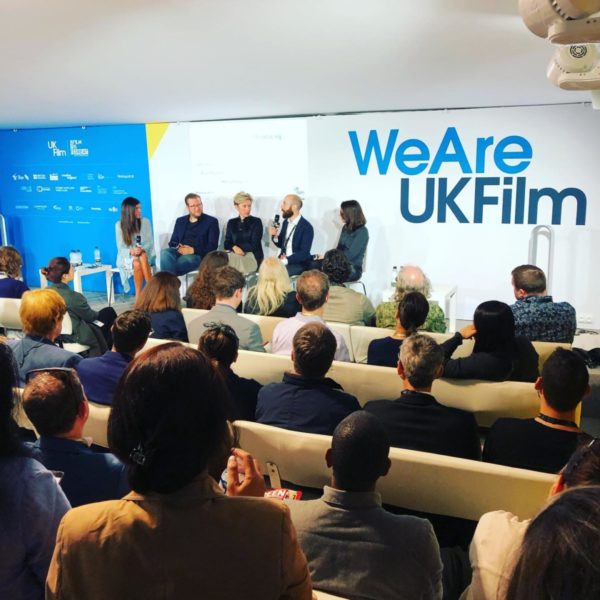 2. There’s support out there.

For an indie producer like myself the cost of Cannes can be a big chunk of change to outlay without actually having a film to sell at the market. However, I found support through the Welsh government. They can help with the cost of international trade trips and opportunities if you have a business and can explain how your business could benefit from the trip. Once you return you can claim back 50% of the flights, hotel and festival pass – which makes a big difference. The catch is that you can’t apply for the festival pass or book any travel until your application has been accepted – so get your application in early.

3. Support can come in different ways.

If you’re heading to Cannes and you plan on applying for red carpet screening tickets you need a tux! I’m not really a tuxedo person so having to buy a tux on top of the travel seemed like a ball ache. However, my colleague Steve suggested trying a few local menswear shops to see if anyone fancied helping us out. I emailed three and had two replies – one was from the head office of Slater Menswear who have a store in Cardiff. They were happy to provide us both with dinner suits, shirts and bow ties in return for us creating social media content and tagging them. Steve and myself have both walked the red carpet in out beautiful Harry Brown suits and have taken plenty of photos. I wasn’t expecting that little bit of support from Slaters, but it was very much appreciated and helped the cause. Thanks! 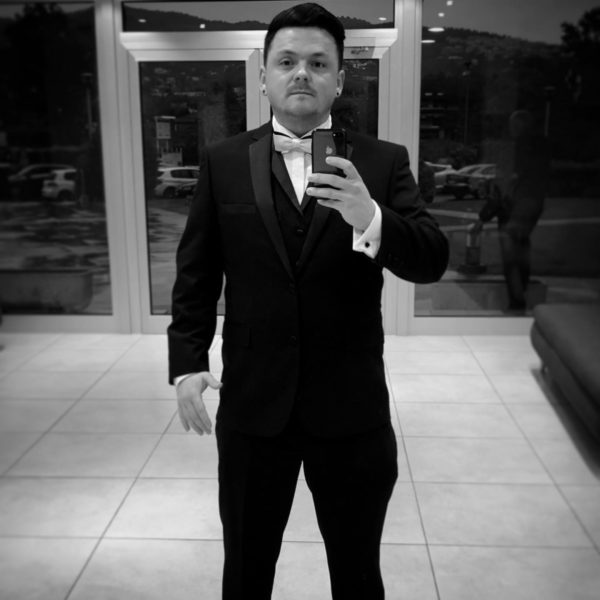 4. I needed to have sorted my accreditation earlier.

Armed with a nice new suit and a spring in my step I headed to France. I got my accreditation on arrival and quickly signed into the ticket portal and applied for a bunch of red carpet screening tickets. My colleague Steve had sorted his accreditation before we left and had already been on the portal and put his name down before we’d landed on the French coast. He’s bagged 3 x tickets and I’ve bagged just the 1! It seems like it pays to be on the portal as soon as it goes live and to put your name in the hat for as many films as possible from the off.

If you don’t get the red carpet tickets there’s still plenty to see. Many of the films that premiere in the evening at the Palais can be seen the next day or later in the week at one of the other screens – some are ticketed but some you just need to show your festival pass for entry. I’m not a big world cinema guy and I don’t watch as many non-English language films as I should. I looked down the list of films that I wanted to see at Cannes and the obvious ones were The Dead Don’t Die, Maradona, Once Upon a Time In Hollywood, and Rocketman. Standard choices. However, we decided to go and see Papicha – a film about female fashion and design students in Algeria during their civil war, and my red carpet ticket was for La Gomera – a Romanian crime comedy drama about a crooked cop who goes to an island in the Canaries to learn a secret whistling language for sharing information with criminals without being detected. Both were amazing! Not just good, but actually amazing. There doesn’t tend to be bad films at Cannes – so go and watch everything and anything, even if you’ve never heard of the film or the filmmaker. 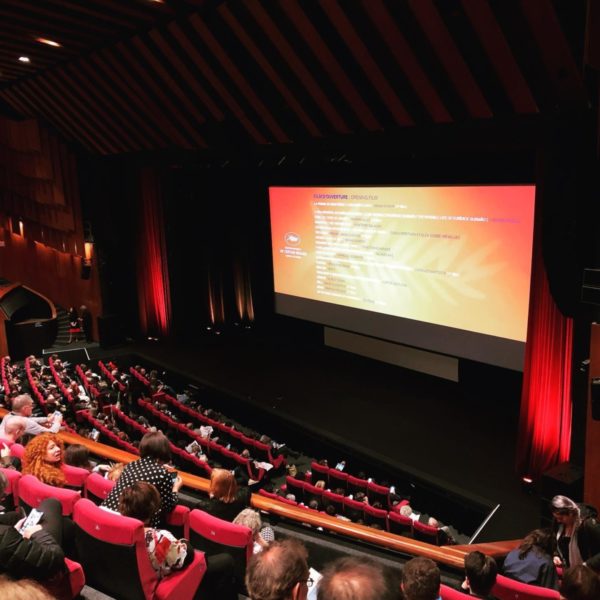 There’s absolutely no point wearing fancy shoes that hurt your feat! You will spend a large chunk of your time walking, standing, queuing and trekking La Criosettee or the Palais so make sure that your feat are looked after! I wore my Adidas LA trainers with gel insoles and I do not regret it.

Cannes is packed to the rafters with people during the festival – some have films there, some want to have films there, and others are there pretending that they’ve got films there or elsewhere. There are bullshitters to be found everywhere, but that’s half the fun. Learn to realise when someone is lying and politely walk away from the conversation. Apart from the BS merchants there’s also a lot of very interesting, influential and exciting people. Get along to the panels and talks as you can make good connections there with the speakers and others in the room, and get around the bars of Cannes. Everyone goes for a beer at the end of the day and someone that you were talking to on Wednesday, may have met someone interesting on Thursday and they introduce you. You may bump into people you’ve worked with before who’s career has now taken off, or you may meet up with a social media contact who has recently been the camera operator on a film in selection. Or you may just be sat outside The Grand Hotel having a laugh when someone offers you her cigar and that starts an hour of banter and pissing about. Only for that person to be an executive producer with an impressive slate and to invite you to a panel at the American pavilion the next day – which usually costs money. All of these things have happened this week and they all have value moving forward! The Barrel is a bar off the beaten track where we’ve met good people, The Grand Hotel is expensive but we’ve met a few high-flying people there, the Petit Majestic is the supposed place to meet indie producers but its bloody awful and is just 200 people standing in the street drinking from plastic cups with no music or anywhere to sit, the Raindance Villa party was £30 a ticket but free booze and we met several good people there too. 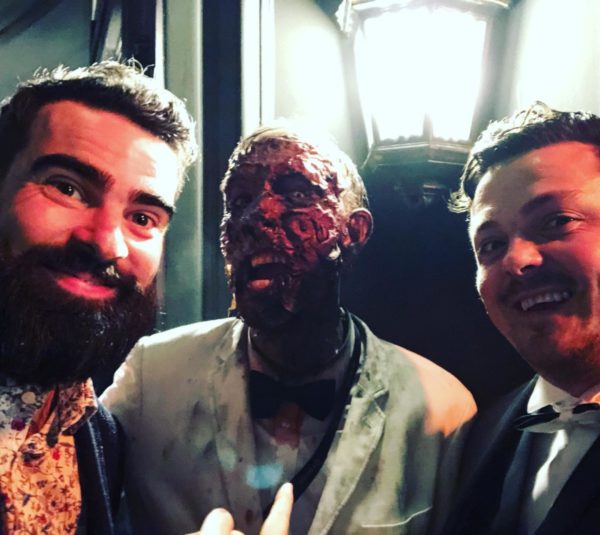 8. Have something to talk about.

It’s a pretty pointless place to be if you don’t have something to talk about – whether that’s a project that has just been delivered, or one in the pipeline. Have your elevator pitch about who you are and what you are doing perfected, be armed with business cards and always be selling yourself. Don’t drone on about anything but give people a concise burst of patter about who you are and what you do – if they think that’s interesting they’ll ask you more questions and you’re on your way to having a new connection.

9. The market place is tough, but not impossible.

Walking into the Marche du Film and seeing the hundreds of companies from all over the world, the thousands of movie posters for films that are in development, production, post or ready for the market can be daunting. The competition in this industry is tough and the market is saturated with films and filmmakers, but seeing how everything is showcased, promoted and pitched should give you an idea of what is working, what looks exciting, what sounds interesting and that can help shape your thinking when you’re developing your next project.

The French Riviera, a Cote d’Azur tan, beaches and baguettes, sun and cocktails. So they say. It absolutely pissed down for two days and one of those was when I queued for 40 minutes on the red carpet without an umbrella. Hence the wet hair look. Apparently it rains most years at Cannes – some more than others. So be prepared and buy a brolly.