Fifteen Million Merits was an early sign of the sheer ambition of Brooker’s work. The second episode of the show is set in a dystopian future, one where young people are forced to pedal to earn themselves merits- a virtual currency. Starring Get Out’s Daniel Kaluuya, Fifteen Million Merits features two of the show’s most memorable characters in Bing and Abi and also gives us one of the show’s bleakest endings. A damning commentary on the nature of reality television and the way we consume, this is still one of Black Mirror’s most affecting episodes. 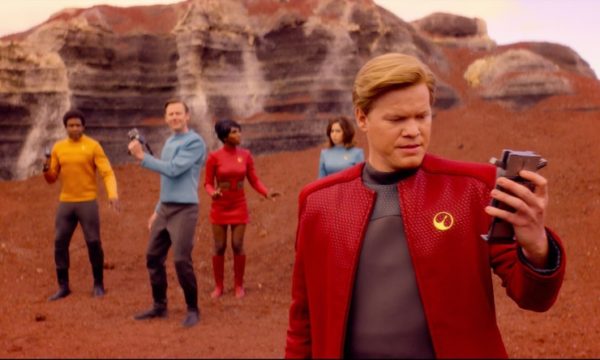 Black Mirror Season 4 is probably the show’s most dividing season to date but damn, did it get things going with a bang. USS Callister, marketed as a Star Trek inspired space adventure, turned out to be so, so much more than that. Featuring a stunning lead performance from Jesse Plemmons, the episode is best left unspoiled for those who’ve not seen it yet. It is one of the show’s most ambitious episodes to date and it takes its viewers to places they never imagined. It’s dark, it’s stunning and it also features one of the show’s most exciting closing sequences. 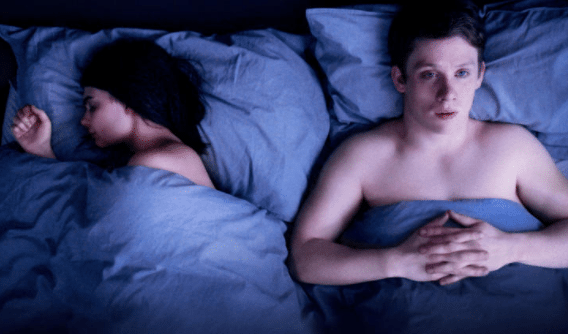 Season 4’s finest episode is also one of the show’s greatest. Hang the DJ is the story of two people brought together and then kept apart by a dating app that only Charlie Brooker’s twisted mind could have invented. The episode is both devastating and beautiful and is once again, a fine example of how Black Mirror is capable of playing with our expectations – pulling the rug from under us in the closing moments and give us one of the show’s happier, and well-earned endings.

Separating the top three was a difficult task, one that has given me an excuse to go back and rewatch the three episodes several times. Be Right Back, the opening episode of season 2 is a melancholic and altogether beautiful affair. This was the first time Black Mirror showed us that it could carry a real emotional gravitas and the two central performances, from Domhnall Gleeson and Hayley Attwell still rank as two of the show’s finest.

The episode deals with the nature of love and loss in a way that only Black Mirror could, offering us the one thing we wish we could have, and then showing us the darker side of it. The old adage ‘be careful what you wish for’ has been done to death but Brooker and co still managed to give us a fresh twist on it here.

2: The Entire History of You

If separating the top three was a difficult task, then separating the top two was about as easy as navigating the Brexit negotiations. The Entire History of You could quite have easily been at number one but in the end, it just missed out on the top spot. Black Mirror is so often at its best when it creates a tangible future, one that could feasibly happen in the next decade or so, and The Entire History of You still feels like the show’s most real, nearly 7 years after making its television debut.

The google glass inspired technology in this episode is a terrifying glimpse into the future and the episode itself plays out like a paranoid nightmare, one which really plays with the idea of right and wrong, right up until its final moments. I’ve watched this episode several times, and every time, my opinion on who is right and who is wrong has changed. Toby Kebbell is perfect in the lead role, while the new Doctor, Jodie Whittaker is also excellent as his girlfriend. Interestingly, this is the only episode of the show not to be written by Charlie Brooker, with Peep Show’s Jesse Armstrong taking writing duties here.

A controversial pick for number one, perhaps, season 3’s San Junipero still remains, in my opinion, the most emotionally impactful episode of Black Mirror to date. Somewhat ironically, for a show that is famed for its bleak outlook, the show’s finest episode is easily its most hopeful. The episode, which focuses on the relationship between two old women living in a simulated afterlife as their younger selves, is a beautiful portrayal of love and hope – one that, for once, shows the good that technology could do for us.

Mackenzie Davis and Gugu Mbatha-Raw are outstanding in the lead roles and the episode is also one of the show’s most aesthetically pleasing. It’s a devastatingly beautiful episode of Black Mirror and for me, the episode that really showed me what the show is capable of doing.

A version of this article was originally posted in January 2018.