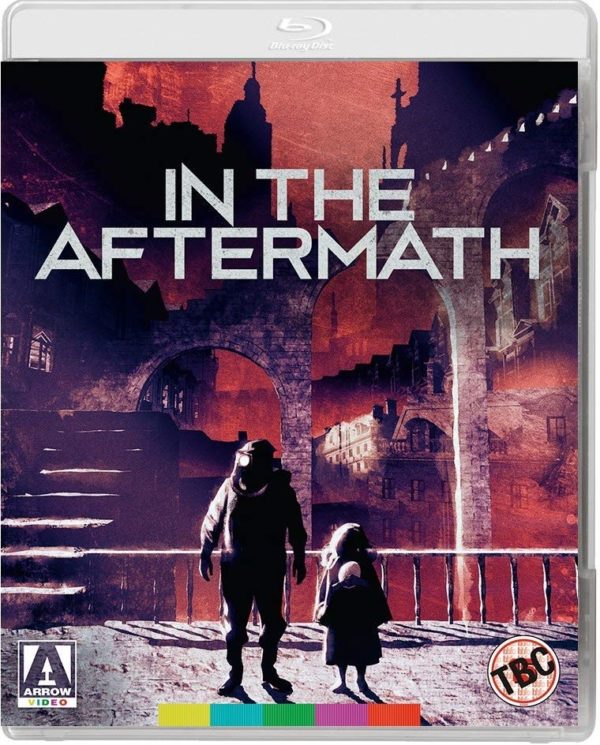 In a post-apocalyptic world an angel descends to help the survivors. 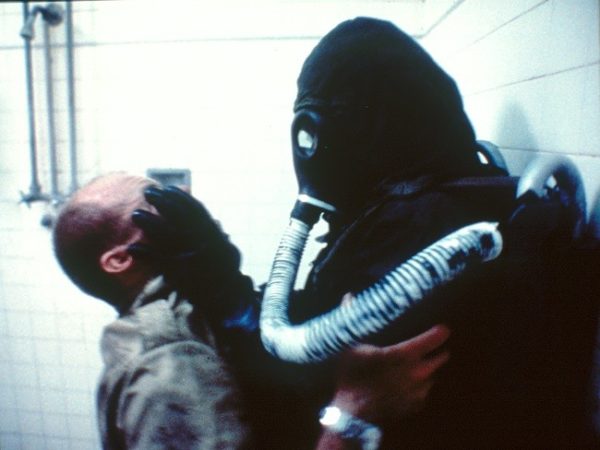 Legendary filmmaker Roger Corman was very good at creating something from not very much during his golden years and would quite often purchase obscure foreign movies and edit them to suit a western audience, often filming new footage and creating whole new movies with next-to-no money.

An admirable skill indeed but more often than not those projects might have looked good on paper and the final results ended up being quite disappointing. However, that didn’t stop Corman’s protégés from trying the same thing and in the late 1980s it was Carl Colpaert who was given the chance at putting into practice what he had learnt from his boss, and In the Aftermath was the result. 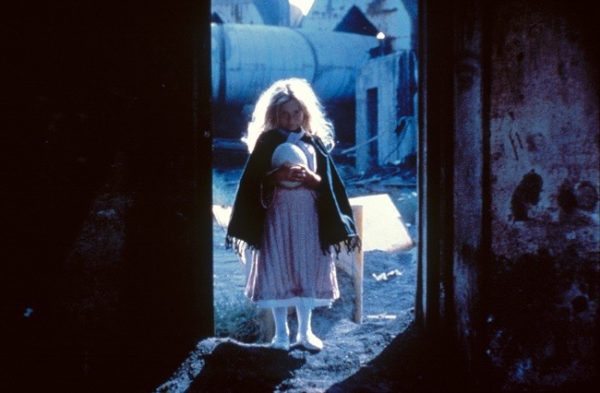 But what makes In the Aftermath a little different is that half of it is directly lifted from an animé called Angel’s Egg, a 1985 film where a young girl wonders a desolate wasteland carrying a large egg and waiting for it to hatch into a beautiful bird. It’s a truly visual feast but not much to get excited about on the story front, and so to bolster things up a bit Carl Colpaert shot some new footage to create a new narrative. The big difference between the old and the new footage, though, is that the new stuff is live action which creates a strange and, initially at least, intriguing contrast.

However, as with most of these mash-up movies, any initial interest is soon swept away once you have gotten used to the otherworldly atmosphere, which takes about 15 minutes once you’ve sat through the opening animé scenes and your senses have attuned to the trippy, epic vibe that the footage sets up. And then the new stuff starts and you are thrown into a Mad Max-esque vision of the future, or at least it would be if somebody put their hand in their pocket and spent some money on things like props, set designs, decent actors and a script because, basically, when the animated scenes stop you are left with a couple of characters wondering around an abandoned industrial site wearing gas masks and apparently struggling to emote whilst reciting nonsensical dialogue. Oh yes, and there’s a piano piece performed by one of the soldiers – it is actually quite good but… just… why? 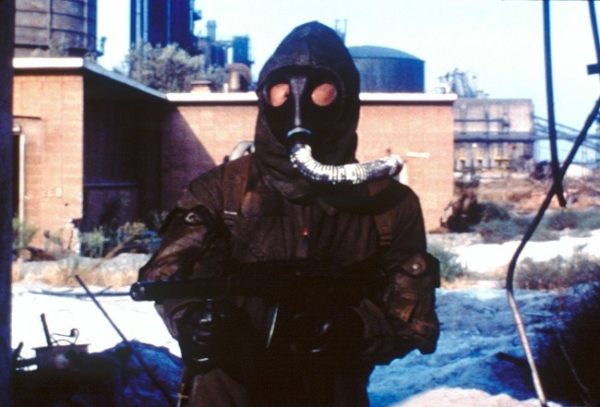 Quite why Carl Colpaert decided that Angel’s Egg needed a tedious and shoddily-made story welded onto it is baffling as most of the lure of that film is that it is a mood piece and the narrative – or whatever narrative there is – comes second to atmosphere; even Angel’s Egg director Mamoru Oshii has said as much in previous interviews. By chopping and changing that movie up the mood is disrupted and the atmosphere all but gone, leaving you with a 72-minute film punctuated by jarring transitions between animé and live action that just don’t flow or connect to each other to create anything that’s an improvement over watching Angel’s Egg in its entirety, which is probably the best course of action should you be so inclined to investigate its sumptuous visuals, which do look excellent on this 2K restoration. However, as a film in its own right In the Aftermath is a dull and uninspiring experience that no amount of interviews with actors and producers can improve, although the included featurette on the influence of Angel’s Egg is probably worth a look for enthusiasts.