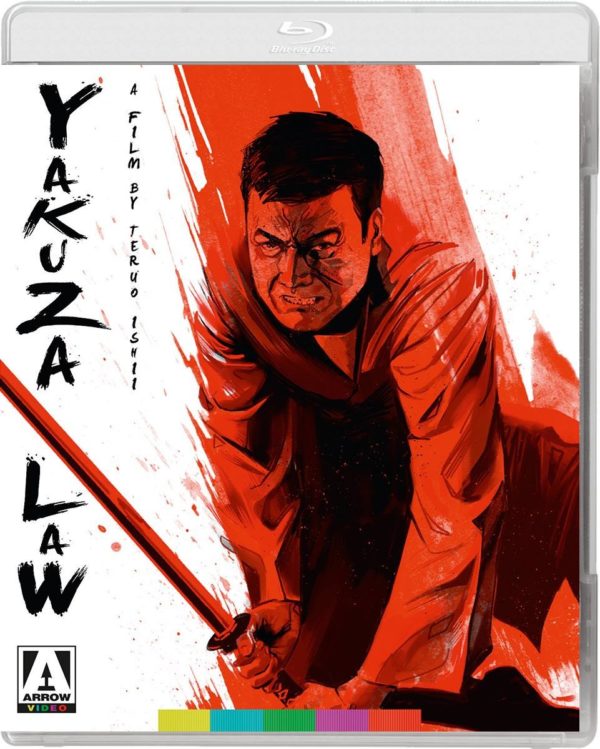 Three short stories detailing how the Yakuza dealt with those who broke the rules during different eras of Japanese history. 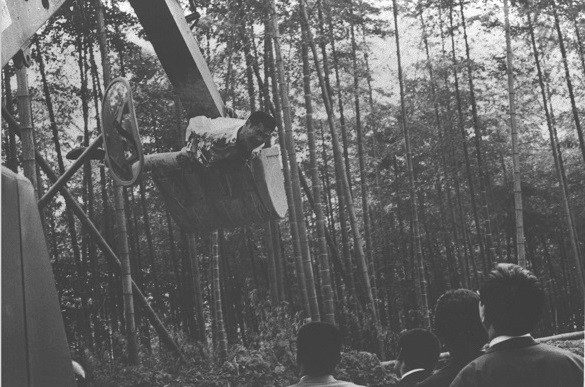 According to one character in Yakuza Law there are two essential rules that Yakuza warriors live by – do not steal and do not fool around with married women. Commendable rules to be sure but said character isn’t shy about committing extreme violence and this 1969 movie doesn’t hold back in showing you what happens if either of those rules – or any others laid down by the various crime bosses in this movie – are broken.

The first short is set during the Edo period and sees an elderly but brutal Yakuza boss struggling to maintain control over his subordinates after his paranoia consumes his authority and one of his men breaks both of his boss’s rules.

The second is set during the Meiji period and an overzealous Yakuza finds himself expelled from the region after his actions incur the wrath of the local gangs. When he returns to see his girlfriend he finds himself on the receiving end of severe punishment for breaking his gang’s rules about returning once expelled. 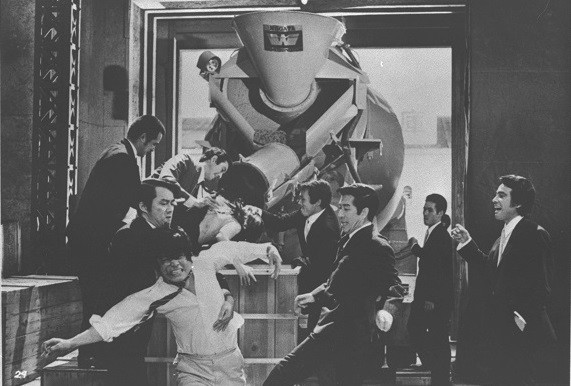 And the third story is set during the modern Showa era of the 20th century where a noir-ish tale of theft and murder sees the bladed weapons of old replaced by guns but the ancient rules of the Yakuza remain intact.

Right from the off Yakuza Law stands out for being incredibly gory and violent, featuring action more comparable to the spurting geysers of blood from Shogun Assassin than to any gangster or crime movies that you would expect from the 1960s, and that is down to Teruo Ishii’s knack of pushing the boundaries of graphic excess. Not only are people sliced and diced but also eyes get gouged out, faces get set on fire and even power tools come into the equation as the unforgiving Yakuza bosses force home the point about not breaking their rules.

But for all of its gritty grindhouse-style flourishes of brutality, which are tremendous fun to watch, Yakuza Law suffers quite a bit when it comes to holding your attention during the bits between massacres. The first segment is the most engaging – and also the most violent – and tells a story that really could have done with being a feature all on its own as there was a lot of backstory that went untold for the sake of getting in a handful of torture scenes between the swordfights. The second story features some decent battles but the story feels padded out to the point where the ending feels like an anti-climax just because of how long it took to get there, or at least how long it felt it took to get there. 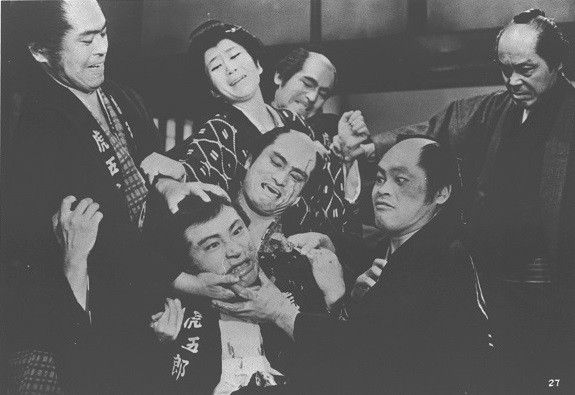 And the third story, despite looking pretty cool against the backdrop of 1960s Japan, is a basic crime thriller story straight out of the pages of pulp novel that has people being drilled and bullets flying aplenty but not a lot else to grasp onto. Again, it feels tediously long despite only being about 30 minutes and it makes its point about what happens if you break the rules more or less straightaway, making Yakuza Law end on something of a bum note rather than the crescendo of explosive and contextual violence that was promised from the opening story.

Coming backed with an informative audio commentary by author Jasper Sharp and an archive interview with director Teruo Ishii, Yakuza Law is a little light on extra material but that sort of feels appropriate given that the film itself is a little light on substance and doesn’t really go anywhere once you get past the spectacle of the gore, which is very much worth watching if your exploitation itch needs to be scratched but maybe it would be more effective to watch these shorts in reverse order so the film could build to a more satisfactory climax.